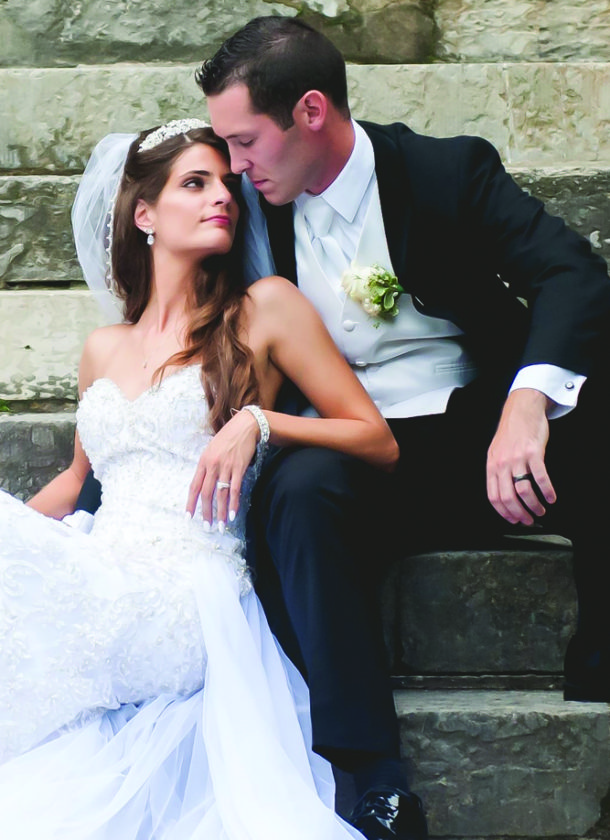 The bride is the daughter of Scott and Carolyn Semelsberger of Northern Cambria.

The bridegroom is the son of Jim and Wanda Brown of Northern Cambria.

The bride was given in marriage by her father,

Brooke Semelsberger, sister of the bride, was maid of honor.

Leslie Angert was soloist and

Amy Angert was the organist.

Joan Kemerer was the trumpeter.

A reception was held at The Casino at Lakemont, Altoona.

The couple honeymooned at St. Lucia.

They live in Northern Cambria.

The rehearsal dinner was held at Cambrian Hills Golf Course in Hastings.

Mrs. Brown is a 2010 graduate of Bishop Carroll Catholic High School, Ebensburg, and a graduate of Saint Francis University, Loretto, with a bachelor’s degree in health science and a master’s degree in occupational therapy in 2016.

He is a fourth-grade reading teacher at Cambria Heights Elementary School, Patton.