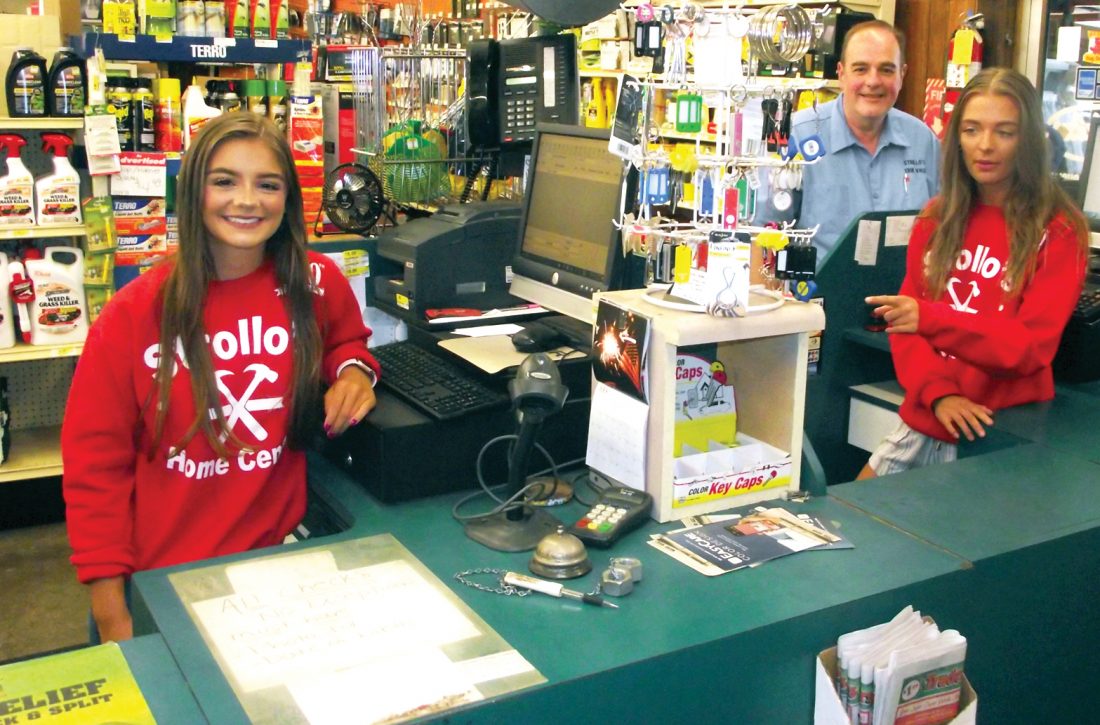 Mirror photo by Walt Frank / Emily (left), Jon and Elizabeth Strollo take a break during a busy day at Strollo’s Home Center, which is celebrating 100 years in business.

NORTHERN CAMBRIA — A local business, described by a loyal customer as the cornerstone of the area business community, is celebrating 100 years.

Mike Strollo had immigrated from Italy and started out with a small grocery store.

“He worked for the railroad and was a shoemaker by trade,” Jon Strollo said. “He went to the mining camps to fix shoes; he opened the grocery store in 1906.”

In the early days, M. Strollo & Sons was a grocery warehouse that delivered to small mom and pop stores over a 20-mile radius.

“(Adam) visited stores and wrote orders and came back at lunch. They would bill and deliver the same day. They were known for their imported olive oil,” Jon Strollo said. “They also had Strollo’s flour — they bagged it from train cars and called it Strollo’s Best Flour. They had barrels of vinegar and cured meats.”

Adam and Tony renamed the business Strollo Brothers in the 1930s.

Jon’s father, Michael, took over the business in 1953 and added building materials and plumbing supplies. The name was changed to Strollo’s Home Center.

“Dad had a connection with building materials. He bought roofing and shingles on the east coast and had them shipped here. This was the building boom after World War II. This was a major development for the company,” Jon Strollo said.

In 1974, Jon’s brother, Mike Jr., joined the business and worked with their father until 1990 when Michael retired.

A fire in March 1975 destroyed the business, which had moved to Bigler Avenue in 1953.

“It was a devastating fire, $600,000 damage. There was nothing left. It was bulldozed over,” Jon Strollo said. “Dad rebuilt the building. The fire was in March and he reopened by October. He built a 10 by 12 foot shanty to keep running while the building was rebuilt.”

“It was a tough year, but we bounced back from that,” Jon Strollo added. ” I was in fifth grade.”

Jon, who had worked at the family business while in high school and college, had been working as a bridge engineer for Conrail. He joined the business in 1990 when his father returned to work with his brother.

“It just happened. My brother needed help and I decided to leave that role and come back and step in,” Jon Strollo said.

Jon and his brother served as co-owners until Mike Jr. retired Jan. 1 and Jon became owner of the business.

“When Mike retired, I thought it may be time to close, but I would like to leave something for (my children). My dad gave me the tools to work with (the building),” Jon Strollo said. “When you have the tools, you have to work with them to be successful. You can own a mine but you still have to mine it every day. I am thankful Dad was able to provide an opportunity for us. Hopefully my kids will be able to utilize that.”

The business today focuses on selling doors and windows.

“We found a niche in windows and doors. That is what we are known for. We are still into building materials. We also have small hardware items, plumbing and electrical supplies,” Jon Strollo said.

“We wanted to be a part of a national buying group. We are a franchisee but are independently owned,” Jon Strollo said.

Providing top-notch customer service has been the key to Strollo’s success.

“We’ve always tried to provide consistent service to our customers. I am on the floor — I don’t sit in an office. I am still engaging with the customers. There is a lot of work behind the scenes but I spend the majority of my time engaging with customers, that has been the key. They want the personal attention,” Jon Strollo said. “We are old fashioned. We wait on our customers personally.”

“If you need something, they have it or if they don’t have it, they will get it for you in quick order. My dad did business with Jon’s father. I am 61 and my family has done business with them for as long as I can remember,” Cidor said. “They have always been good to deal with and are real good people. Jon’s boy and girls are following in the tradition.”

Steve Kirsch of Northern Cambria is another satisfied customer.

“I’ve been a customer for 50 years and my family have been customers for 75 years. Any repairs we needed to make to our home, we would deal with them. They have always been fair with us,” said Kirsch, whose homestead was across the street from Strollo’s.

Jon’s son Ben — a Mount Aloysius College graduate with a degree in business — and his daughters Elizabeth and Emily — both accounting majors at the University of Pittsburgh at Johnstown — make up the fifth generation of Strollo’s. They all work at the business.

“I am 55, I have no plans to retire. I hope for the kids to take it over some day and continue,” Jon Strollo said.

Strollo’s will be celebrating its anniversary Aug. 3-10 with special 100 years 100 deals and giveaways for customers. True Value representatives will be in to assist customers and cook snacks.

Everyone is welcome to help celebrate the milestone and take part in the special deals.

“We’ve been part of the local history for a long time. Come in and reminisce about the good ole days and days to come,” Jon Strollo said. “It’ll be great to celebrate with everyone.” 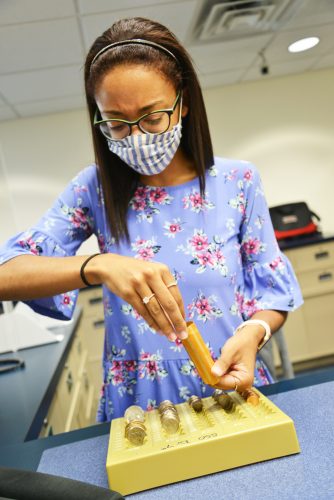