Since opening in 1928, the business has grown to include custom butchering, catering 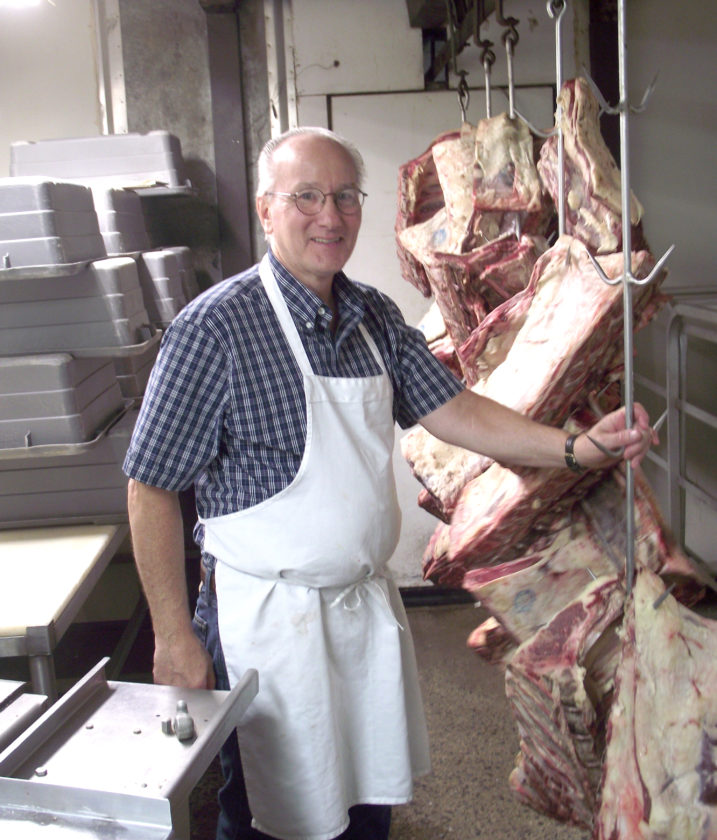 Mirror photo by Walt Frank Paul Adler works in the cutting room of Adler’s Market in Philipsburg. Since it opened in 1928, Adler’s Market has been a flourishing business for 90 years, selling fresh-cut meats and deli items, including kielbassi, ring bologna and jerky.

PHILIPSBURG — As Adler’s Market celebrates 90 years in business, the company, which has its roots in Altoona, continues to thrive.

Adler’s Market was recently recognized during the Philipsburg Heritage Days celebration in July.

“The Adlers moved here in the 1950s when they bought the processing plant. They were always a part of the town even though they were transplants, they adopted Philipsburg as their home,” Chairman Jim Pollock said.

In 1928, at the age of 20, A.W. “Dutch” Adler started a meat business in Altoona called Adler’s Meats. In the early days, he had meat stands in two farmers markets, plus a store of his own in Altoona. His meat business flourished during the Depression and later during World War II because he offered affordable prices to his cash-strapped customers.

In May 1957, Adler bought the Swift & Co. meat plant in Philipsburg, which he renamed Pennsylvania Packaging & Processing Co. He manufactured bologna, wieners, luncheon loaves and salami to be sold at his retail locations in Altoona. At the same time, he also developed a wholesale business for restaurants and corner stores. He serviced these accounts from the Philipsburg plant, and then, in 1959, he opened a retail store in the same plant. 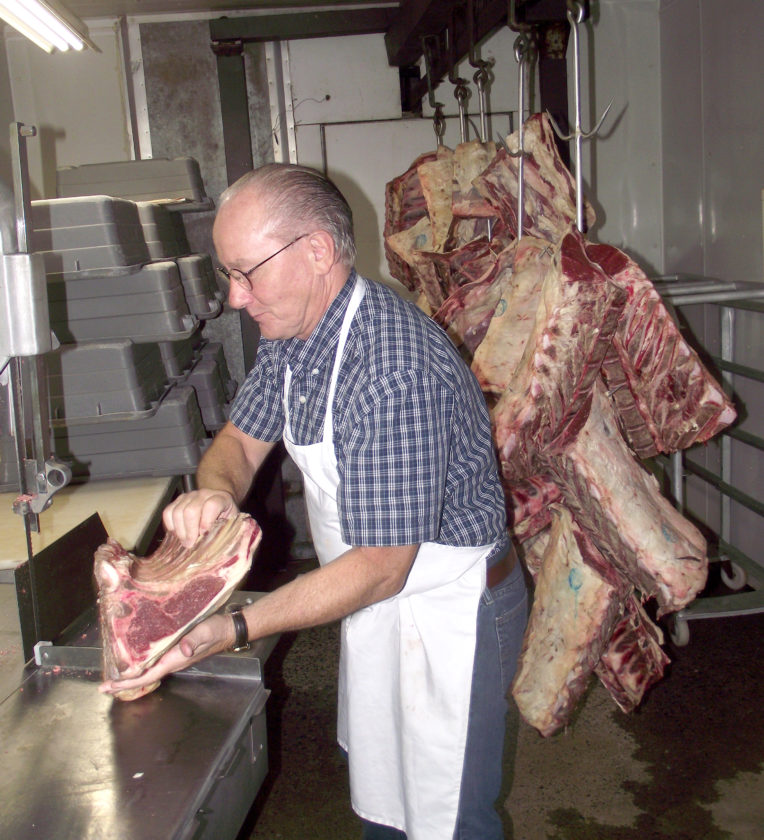 “As a kid, I can remember going in there with my mom and dad. Dutch Adler was a big, friendly man. He was a butcher. He would joke around with me. The whole family was super,” Pollock said.

Paul Adler, who owns the business today, said he started working for his dad as a young boy.

tion as a USDA meat inspector.

In 1994, Paul bought the building that houses the present day store and changed the name to Adler’s Market to reflect the company’s retail focus.

The business has changed over the years, with fundraising started in 1975, custom butchering in 1990 and catering in 2006.

Catering has become an important part of the business.

“From Philipsburg, we go out to a two hour radius, places like Bedford and Johnstown. With our catering, we will do two, three or four weddings on one day,” Adler said. “Catering makes up about 25 to 30 percent of the business, but the profit margin is much bigger than with retail.”

Most customers come from a 15-mile radius.

“Our customers range in income levels from people with foods stamps to well off business owners.” Adler said. “We have people who come for Penn State games from Virginia and buy their kielbassi here. Our kielbassi has even got into the Pentagon.”

A small business — Adler has four employees plus himself — has some advantages.

“We can do things quicker. I say decision making is ‘fly by the seat of my pants.’ If it can help the company and make money, you do it,” Adler said. “We offer affordable prices. We’re often under what the supermarkets charge. Our meat is local and nice and fresh.”

Ron Rothrock, owner of Rothrock’s Clothing, Philipsburg, has been a customer for 50 years.

“We like his meat. It’s very nice. We really like their chicken — the chicken is very good. I don’t buy as much red meat as I used to buy, but we buy a lot of ground beef to make meat loaf,” Rothrock said.

Adler said the biggest challenge that he faces is finding good help.

“I have a good crew, and I have a list of people who help with catering on Saturdays,” Adler said.

“We donate to people who are our customers, such as people with Relay for Life, as well as area fire companies and churches,” Adler said.

Adler is optimistic about the future of the business.

“I see it growing, especially catering getting bigger every year. I’m 61. As far as having someone to sell it to, I’m not optimistic. It’s hard work and long hours. I haven’t thought about retiring. I don’t have any hobbies — what in the world would I do?” Adler asked.

Mirror photo by Walt Frank Paul Adler works in the cutting room of Adler’s Market in Philipsburg. Since it opened in 1928, Adler’s Market has been a flourishing business for 90 years, selling fresh-cut meats and deli items, including kielbassi, ring bologna and jerky.

ERIE — Waldameer Park and Water World will open for the 2020 season on Friday. Due to COVID-19 restrictions, ...

HARRISBURG — Pennsyl­vania small businesses can apply for grants to offset lost revenue caused by the COVID-19 ...