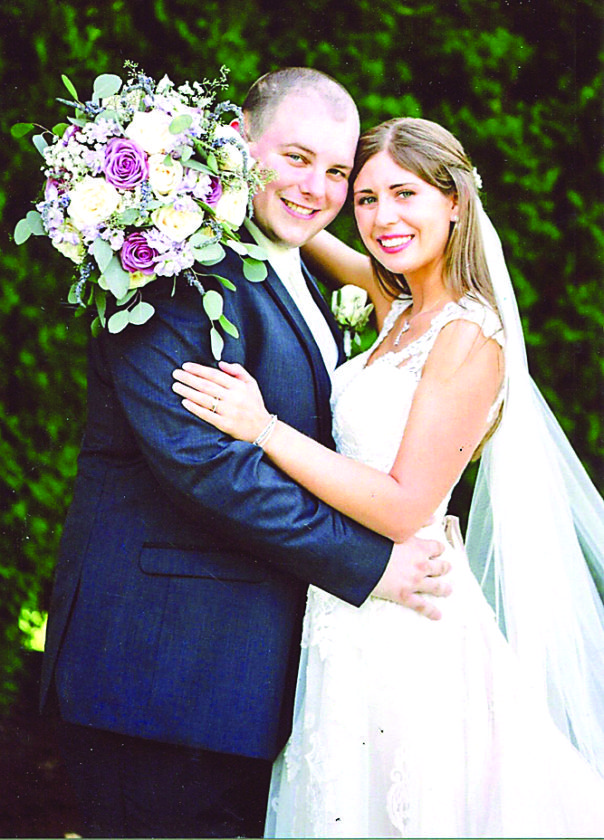 The bride is the daughter of Stephanie and husband, Scott Dilling, of Hollidaysburg and Brian Felix and wife, Robin, of Altoona.

The bridegroom is the son of Monica Baker and husband, Gary Baker, of Hollidaysburg, and David Burchfield Jr. and wife, Rhonda Burchfield, of Duncansville.

Natosha Ramstad was maid of honor.

The rehearsal dinner was held at The Dream Restaurant, Hollidaysburg.

The couple reside in Duncansville.

Mrs. Burchfield is a 2012 graduate of Hollidaysburg Area Senior High School and a 2015 graduate of Mount Aloysius College, Cresson, with an associate degree in medical imaging and became board certified by the American Registry of Radiologic Technologists in 2015.

She is a radiology x-ray technician at UPMC Altoona.

Mr. Burchfield is a 2012 graduate of Hollidaysburg Area Senior High School and a 2016 graduate of Penn State Altoona, with a bachelor’s degree in electro-mechanical engineering.

He is a manufacturing engineer at Veeder-Root, Duncansville.