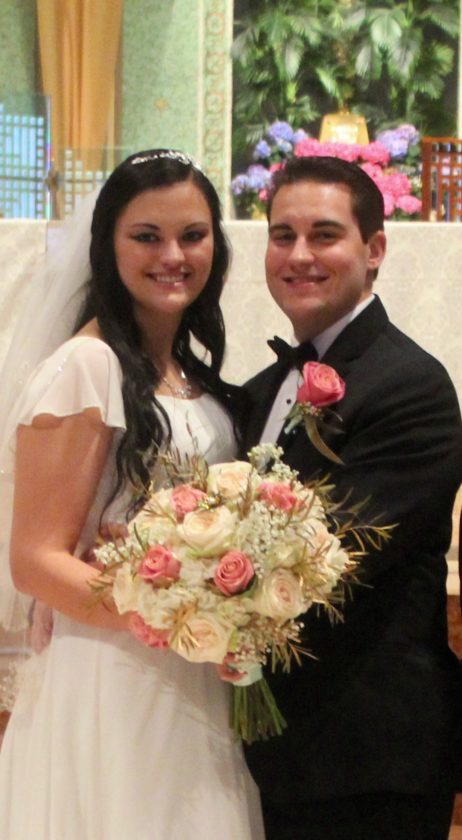 Nicole Bagley and Jesse Ickes were united in marriage on May 6 at the Cathedral of the Blessed Sacrament, Altoona.

The bride is the daughter of Douglas and Jennifer Bagley of Altoona.

The bridegroom is the son of Joseph and Catherina Ickes of Altoona.

Brittany DiLeo was the matron of honor.

Ava Knarr was the flower girl.

Bentley Knarr was the ring bearer.

The reception was held at the United Veterans Association Club, Altoona.

The couple took a wedding trip to Montego Bay

Mrs. Ickes is a 2012 graduate of Bishop Guilfoyle Catholic High School, Altoona, and received her bachelor’s degree in childhood and early adolescent education from Penn State Altoona in 2016.

She is a preschool teacher at Holy Trinity Catholic School in Altoona.

Mr. Ickes is a 2012 graduate of Altoona Area High School and received his bachelor’s degree in business from Penn State Altoona in 2016.

He is a financial adviser with Beck Financial and Wealth Management, LLC, Altoona.