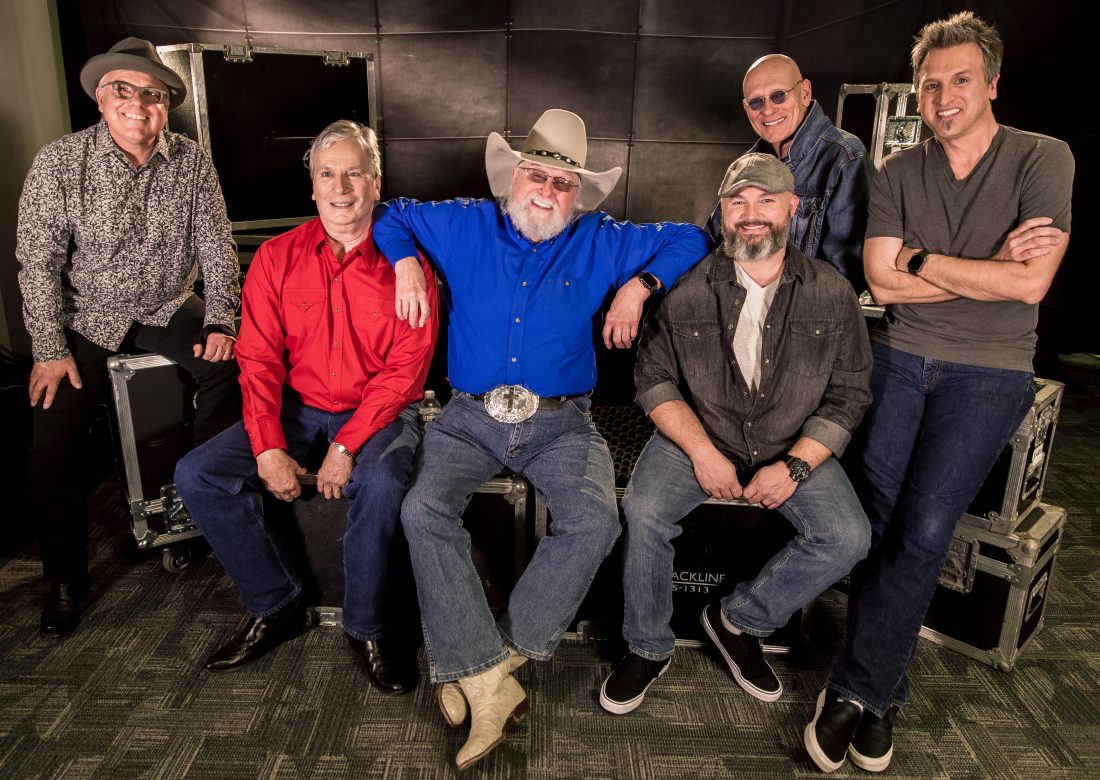 For the legendary Charlie Daniels and his highly-recognizable fiddling, the adage “if it’s not broken, don’t fix it” applies as he continues to delight audiences 61 years into his career — even though he admits he fiddles “all wrong.”

Most notable during the band’s hit tune “The Devil Went Down to Georgia,” Daniels said, “The spotlight exaggerates how the bow hairs break, but I do wear a lot of bows out. I never took lessons and learned to play by ear. So I never learned proper technique. I hold the fiddle wrong. I hold the bow wrong. I don’t do anything right. I apply too much pressure to the bow and it causes the horse hairs to break. Doing that is totally improper but it makes my sound. It makes my sound different so even though it’s all wrong, I’d never change it.”

The Charlie Daniels Band performs April 27 as special guests of Alabama at the Bryce Jordan Center, on The Pennsylvania State University campus.

His signature song “The Devil Went Down to Georgia” won a Grammy for Best Country Vocal Performance by a Duo or Group in 1979 and single of the year at the Country Music Association Awards.

“I wouldn’t dare to leave the stage without playing it,” he said during a phone call on a rare Friday afternoon off during tour season. “Hands down, when I play in any country — even in non-English speaking countries — the audience knows all the words to that song.”

He’s been inducted into the Country Music Hall of Fame and the Grand Ole Opry. Honors, he said, “I’d be hardpressed to choose between as to which one means more.”

He’s also won Dove Awards for his gospel albums. But it’s not about winning awards.

“It’s always nice to win, but you don’t play music to win,” he said in his southern drawl. “I play so much because I enjoy playing and entertaining a crowd. In this business, there’s always a new horizon to conquer. I’ve been performing since June 1958 and you never run out of things to accomplish. I still enjoy it and I thank God that I’ve been blessed to be entertaining people.”

And, entertaining an audience continues to be his passion. He tried to leave the touring life, in the early 1960s to spend more time with his family in Nashville. So, he played in sessions for the likes of Bob Dylan, Marty Robbins and Ringo Starr. One person he didn’t play with — and wishes he did — was BB King.

“I should have tried harder to make that happen. I didn’t make the time. It’s a lesson. I learned from that to make the time for things you want to do. Playing with BB would have been wonderful. He’s the ultimate blues player — the best in interpreting the Delta Blues. He was the master and I loved him.”

Daniels returned to touring in the late 1960s and hasn’t stopped. He plays about 110 dates a year.

“I’m an entertainer and my big thing is seeing people enjoy the music,” Daniels said. “Entertaining is my passion and my desire is to do a great show for people. I love entertaining. When I was in the studio, I felt like a fish out of water.”

When their son Charlie Jr. left for college in 1983, his wife Hazel joined him on tour.

“It’s much more enjoyable.We’ve made up for all that lost time,” he said. They will celebrate 56 years of marriage in September. Travel is faster and easier as well with the proliferation of interstate highways.

“It’s easier to travel now. Before we had to take two-lane roads that went through every town,” Daniels said. “I attribute my success to God. The older I get, the more I realize performing is a true blessing. I do something I love every day. It’s a blessing to do this day after day after day for 61 years. I’m doing something I absolutely love. I never dread going to work. At night, that’s my time, I’m like an old racehorse waiting in the chute ready to go out.”

He has no plans to retire and likely wouldn’t do a ‘farewell tour,” because he’d be crying on the stage every night thinking he’d never get to see that audience again.

“I put a lot of work into and it’s not easy work, but it is worth it,” he said. “I get pretty emotional just thinking about (retirement). It’s like thinking about death. You know we’re all going to die one day but there’s no sense in sitting around and dwelling with it. It’s the same deal. I choose to perform music and I continue to love it and I choose not to sit around dwelling on (retirement) or the day when I won’t be able to get on stage. In meantime, I choose to do it and I love it. I’m out there playing with people I love so let’s do it now.”