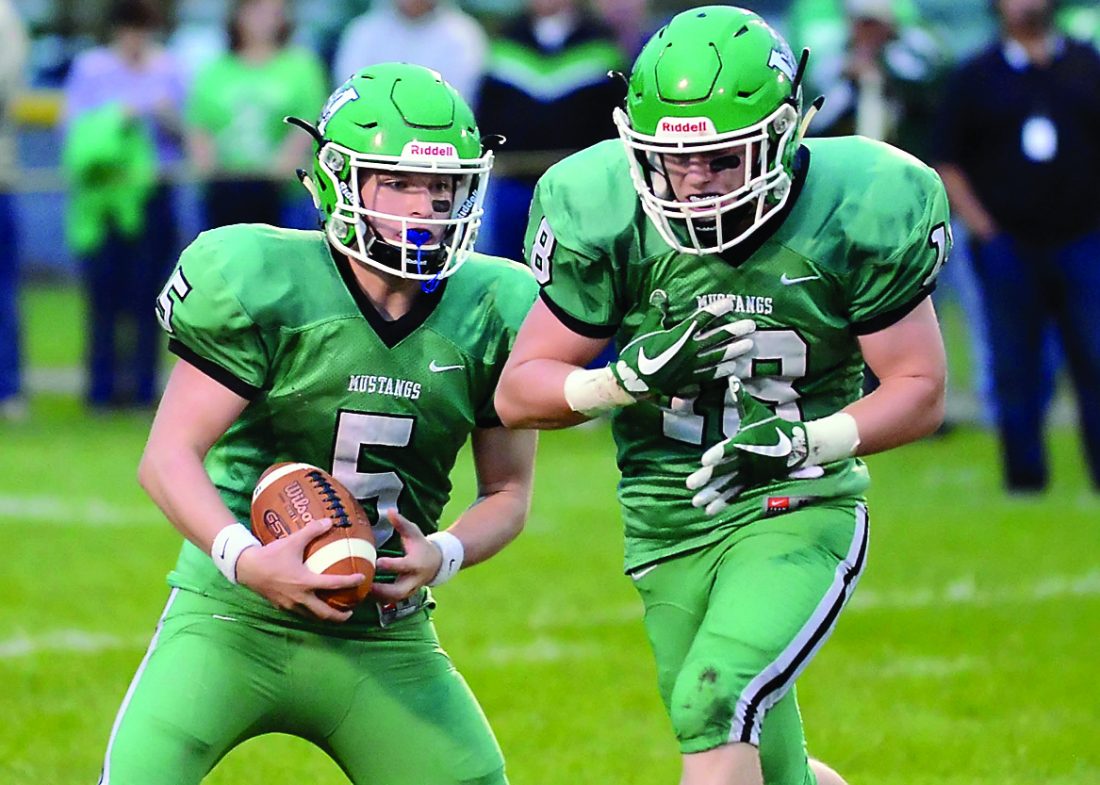 Where: Snyder of Berlin Sports Complex

Portage and Berlin Brothersvalley have developed a spirited rivalry on the football field as perennial contenders for the WestPAC conference championship.

In fact, it’s become a game date that coaches and players from both schools will circle on their calendar.

“Absolutely,” Portage coach Gary Gouse said. “Berlin and Windber have been our biggest rivals for years. I know that Meyersdale is really good, but whooever wins this game will have the inside track at winning the league.”

“Ever since I’ve started coaching, Portage has been the team that we’ve tried to emulate,” Paul said. “It’s definitely grown into what we feel is our biggest rivalry game.”

And the fact that both teams carry a 3-0 record into tonight’s 7 p.m. clash at the Snyder of Berlin Sports Complex will add to the drama.

Both teams have won all three of their games this season, all WestPAC contests, very convincingly. Portage is coming off a 35-7 win over Windber last week after opening its season with victories over Blacklick Valley (48-0) and North Star (65-14).

Portage is led by senior quarterback Connor Price, who has completed 22 of 35 passes for 251 yards and six touchdowns, while rushing 18 times for 241 yards and two scores.

“Connor has been running and throwing for us,” Gouse said. “He’s just having a great senior year. We can move him from quarterback to running back. He’s just a really good athlete.”

With Price at the controls, Portage’s traditionally run-dominated offense has been formidable through the air as well this season.

“We’ve got the run and play-action pass going, and that’s a good thing,” Gouse said. “We’re in a pistol Wing-T (formation) this year. We’ve switched to it from a shotgun to get more people involved in our offense. This year, it’s been a five-man show, and it’s working out well.”

“It’s good to have a dual-threat offense,” Price said. “In the past, we hadn’t really thrown the ball. We didn’t really emphasize the pass enough in the past, but this year, we wanted to throw the ball, and get some more weapons out there.”

“Offensively, they have some good backs, and their quarterback Price is a three-year starter,” Paul said of the Mustangs. “He’s a phenomenal quarterback who can throw the ball, run the ball, and he’s a great leader out on the football field.”

Defensively, Portage has allowed a total of only 21 points in three games, while Berlin has surrendered a total of just 27.

“Portage is a very sound defensive football team,” Paul said. “They just fly to the football, they have 11 guys who get after it.”

Berlin has several weapons on offense as well. Junior quarterback Will Spochart is a run-pass threat, having completed 12 of 23 passes for 204 yards and three touchdowns, while rushing for 256 yards on 24 carries and two scores.

Another junior, 6-foot-5, 175-pounder Abe Countryman, has shifted between tight end and quarterback for Berlin. He has completed 11 of 18 passes for 212 yards and four touchdowns, while making four catches for 63 yards and two more scores.

“Berlin has a really good offense, they’re going to challenge our defense,” Gouse said. “They’re a dual-threat offense that can throw the ball as well as run it. We’re going to have to play disciplined defense, and tackle well.”

Both Gouse and Paul expect a loud, elbow-to-elbow, and very supportive fan turnout for tonight’s game.

“We’re playing down there,” Gouse said. “(Winning there) is tough to do. It will be packed. It will be crazy.”