Sedlemyer knew he had to be a part of the musical 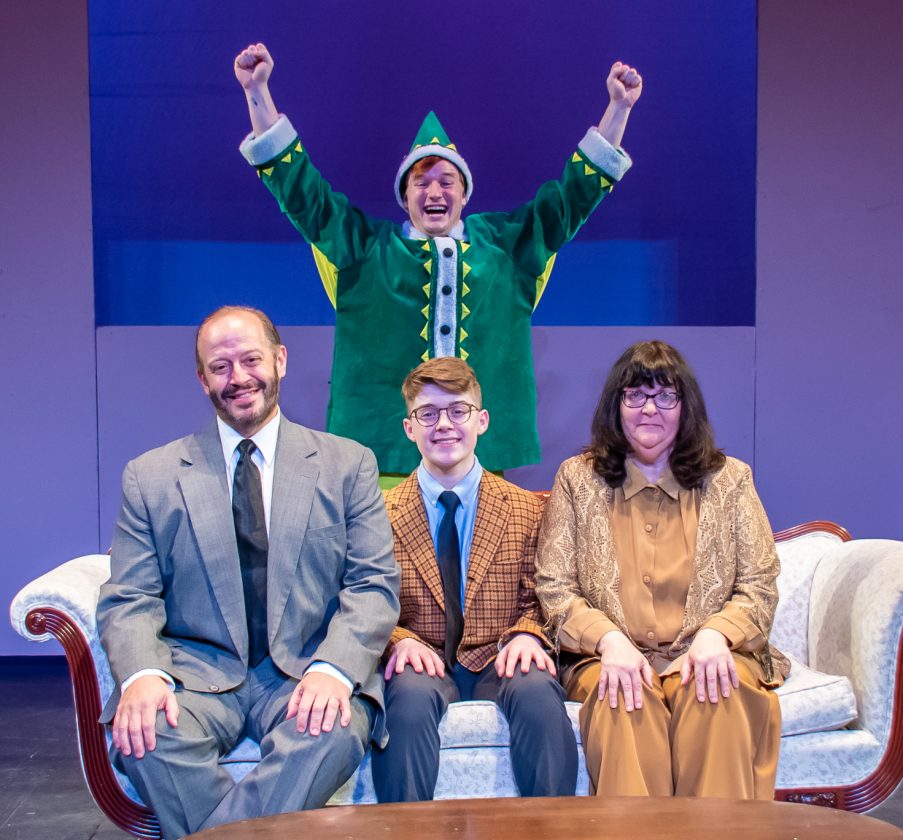 Looking to enliven your holiday spirit? Shane Sedlemyer of Altoona recommends attending a performance of “Elf The Musical” presented by Altoona Community Theatre Nov. 21-24 at the Mishler Theatre.

The cast of 30 is a mix of veterans and fresh faces, said Sedlemyer, who is directing his second production for ACT. Based on the hilarious Will Ferrell holiday movie (with a few differences), an orphaned baby, Buddy, mistakenly crawls into Santa’s bag and is transported to the North Pole. Unaware he is human until betrayed his large size and lack of toy-making skills he travels to New York City to find his birth father.

When Buddy discovers his birth father is on Santa’s Naughty List because he’s a non-believer Buddy is determined to help him — and NYC — remember the true meaning of Christmas.

Sedlemyer is a self-professed Christmas fan — ever since he attended a “Nutcracker” performance in Pittsburgh as a child.

“When I heard they were doing ‘Elf The Musical’ I knew I just had to do it,” the 27-year-old said. “I love Christmas. It’s my favorite holiday. I love the idea of family and community coming together for the season.”

The seasonal festivities gather family and friends, he said.

And it is in that spirit that ACT asks attendees to bring a new, unwrapped item for Toys for Tots and/or a monetary donation to assist the Salvation Army.

Cast members include Ryen Beam as Buddy, Megan Marcaurelle-Jones as Jovie, Bradyn Yahner as Michael and Bryce Cossitor as Walter. Behind the scenes Cindy Stanbro is the producer, Jarrette Gillespie is the stage manager and co-choreographers are the mother-daughter team of Shelly McCaffrey and Lizzie McCaffrey, and Kelly Hartman as music director/conductor. Sedlemyer previously directed “Peter and the Star Catcher” for ACT and said he plans to use lessons learned from that experience in “Elf the Musical” along with challenges with a larger, 30-member staff of which about half are children.

“I learned a lot about time management and how to manage everyone’s busy schedules to maximize rehearsal time,” Sedlemyer said of “Starcatcher” experience. “And, that was with a relatively small cast of 12 … ‘Elf’ has about 30 actors and about half are under 18 and about 10 or 11 years old. It’s a lot different.”

Marcaurelle-Jones has appeared in ACT’s “Little Women” as Beth, “The Little Mermaid” as Ariel and “A Little Night Music” as Anne Egerman.

The role of Jovie in “Elf,” she said, is very different from her own personality.

“… So it was a challenge to find the right balance in how to portray her. she has a pretty cynical, jaded perspective on life and has been dealingwith a lot of unhappiness. I wanted her to come across as somebody the audience has sympathy for and doesn’t dislike because of her crabby attitude.”

“Buddy shows Jovie how having a Christmas spirit can make you appreciate the small things and take joy in life. He helps her discover how to be happy again and her whole perspective changes,” Marcaurelle-Jones said.

“Elf” also brings Sedlemyer a gift: the opportunity to work with his former high school drama teacher Bonnie Resinski. A graduate of Northern Cambria, Sedlemyer described Resinski as “his biggest influence” as she mentored him from his first theater experience in sixth grade through high school graduation.

“She taught me the foundations of theater and the arts,” Sedlemyer said. “She also taught me time management and other skills I took with me … she was really instrumental in developing my love for theater … It’s awesome the way the fates would have it. I get to work with her again.”

He recently moved to Altoona from Nicktown upon accepting a position as a substitute teacher for several Blair County school districts.

Fans of the iconic film will notice minor plot differences in “Elf the Musical” including more original musical numbers, including one scene where the store Santas take the stage.

“It keeps the same beats of movie but there are some differences in some moments. Iconic movie moments are a bit different,” Sedlemyer said. Also, several characters such as the Macy’s store manager (played by Sherri Elle) are more fully developed and have more stage time, he said. “I feel Buddy gets more character development (in the musical), too.” he said.

Directing such a beloved film-turned-musical is a mixed bag.

“It’s something so iconic and everyone loves it. You know people will have an excitement for these well-loved characters but they also bring expectations about what they loved from the movie and want to see those iconic moments. You do a lot to pay homage to what people (are) expecting.”

“We have a lot of cool set piece numbers and an unusual number with the store santas,” he said.