'Mamma Mia' coming to Mishler May 2-5 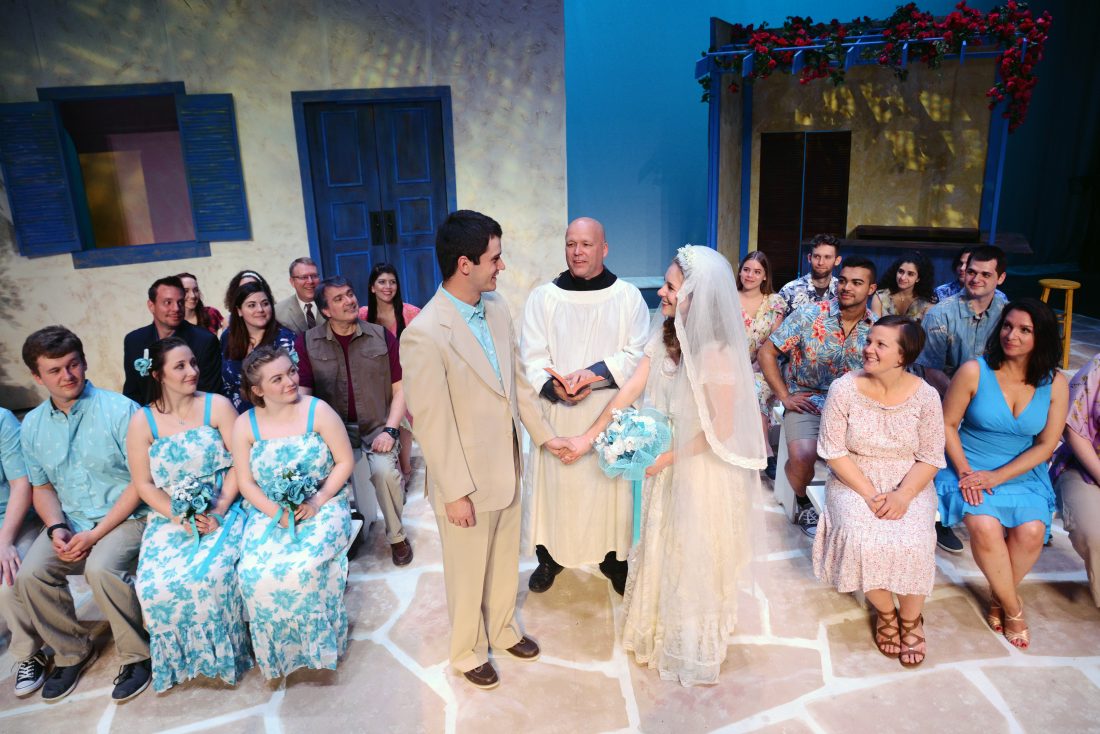 Directed by Maria Perehinec of Altoona, “Mamma Mia” promises to be a rollicking, happy lark featuring an expansive cast comprised of lead actors, supporting actors, an ensemble, pit singers and choreographers. Of the 13 lead roles, 10 actors will perform on the Benzel State for their first time.

A popular movie, on-Broadway show and touring performance, “Mamma Mia” is reported to have been viewed by more than 60,000 people and is described as the “ultimate feel-good” production, Perehinec said, calling it “my dream show.”

Musical direction is provided by Bryce Cossitor and choreography is by Marissa Carney, Carol Fedeli, Tony Demi, and Mark Perehinec. Such support is crucial with such a big production, especially as the late Steve Helsel was to assist Perehinec in her directorial debut. She is dedicating the show to her long-time friend and mentor.

The ABBA songs, with lush vocals and harmonies, require a “pit” of singers to sing every number in support of those singing on stage.

“You will see two people on stage, but hear 20 voices,” she explained, expressing gratitude for Cossitor’s expertise.

The show has a “concert feel to it,” said Julie Hanlon of Hollidaysburg who plays Donna. The audience’s engagement by singing along to the familiar hit songs adds to that feeling.

“We encourage them to sing along,” Hanlon said. “We want people to be part of the party.”

Her character owns a Tavern on a Greek Island and her engaged daughter Sophie is played by McKenna Dugan. Sophie dreams of the “perfect” wedding where her father walks her down the aisle. The problem is Donna doesn’t disclose who Sophie’s father is so Sophie secretly invites three possible candidates to the wedding after reading Donna’s diary.

“ABBA has been a part of my life since high school when my dad introduced me to it. When CDs first came out, ABBA Gold was one of the first ones I got. I annoyed my college roommate as I played it to death,” Hanlon said, who has seen the “Mamma Mia” movie in which Meryl Streep plays Donna.

“It’s such an iconic role and it’s hard not to emulate what (Streep) did. I like to do my own thing and bring Donna’s thoughts from a new perspective,” she said.

Hanlon and other cast members credited Perehinec’s previous experiences as a co-director and well-developed organizational skills for helping with such a big production.

“Maria knows what she wants to do and where she wants us to go. She has great people picked to do the choreography and is doing some herself,” Hanlon said.

“It’s been a great rehearsal period with a wonderful cast and crew,” said James R. Dugan Jr., who plays Harry. “This show proves to be a lot of fun for both the cast and the audience. The patrons will be hard pressed to not sing along with the great ABBA songs in this show, and at the end of the show they will get their chance to join in. Everyone will be singing along.”

“When I called (McKenna) to offer her the role, little did I know this was her dream role,” Perehinec said. “I could hardly hear her answer over her cries of joy. She’s a sweetheart and very talented!”

McKenna is one of three Dugan family members with roles in “Mamma Mia.” Her father James R. Dugan Jr. portrays one of Sophie’s potential fathers and her brother Shaymus Dugan, who plays Eddie, a laid-back hotel worker and friend of Sophie’s fiance Sky acted by Brett Edwards.

James R. Dugan Jr., who most recently played in ACT’s “My Fair Lady.,” said he is “thrilled” with being on the same stage with two of his children. “It’s hard to express the amount of pride I have when we are all on stage together,”

Another of Sophie’s prospective fathers is Sam, played by Michael McClure of Altoona. McClure last appeared in ACT’s “Noises Off,” in 2013 and was lured back.

“It seemed like a lot of fun. That’s the whole point of doing a show so this was a perfect show to get back in,” he said. “I’m trying to play Sam, one of three possible fathers as honestly as I can. I’m trying to make him relatable and make it so the audience can put themselves in his shoes. I want him to be real and relatable to the audience,” McClure said, adding “I’m thrilled to be back and it’s a real humbling privilege. Everyone is going to be blown away by the amount of talent we have in this cast.”