Agencies to revise information on Frankstown Branch of Juniata River 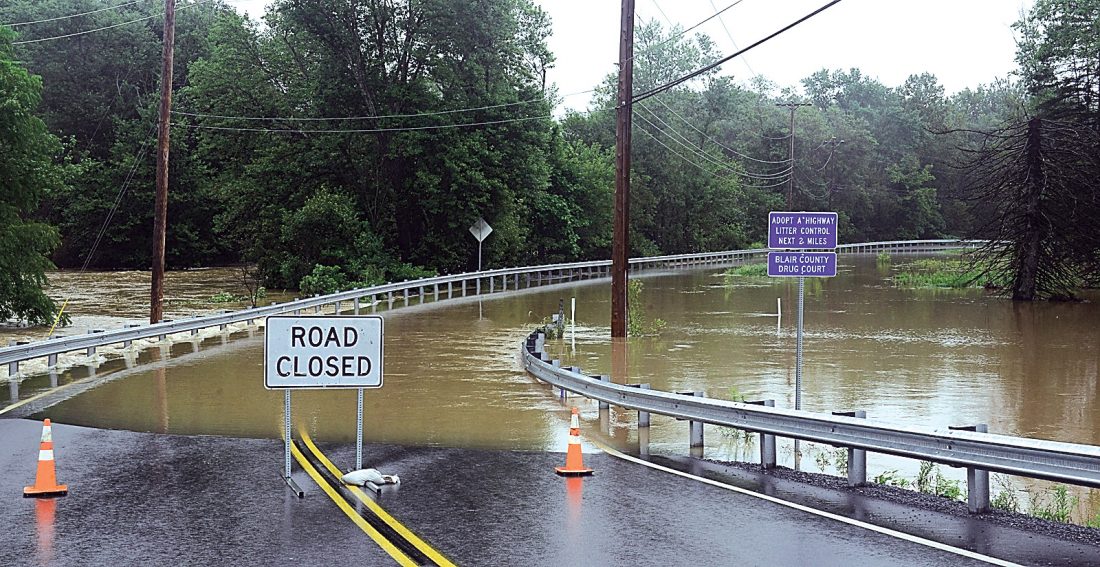 Water from the Frankstown Branch of the Juniata River covers River Road in Frankstown Township after heavy rain on Sept. 10, 2018. Two federal agencies are gathering information to update flood plain mapping for the river and its tributaries from Duncansville to Williamsburg. Mirror file photo by Gary M. Baranec

Water from the Frankstown Branch of the Juniata River covers River Road in Frankstown Township after heavy rain on Sept. 10, 2018. Two federal agencies are gathering information to update flood plain mapping for the river and its tributaries from Duncansville to Williamsburg. Mirror file photo by Gary M. Baranec

Two federal agencies are gathering information to revise flood plain mapping for the Frankstown Branch of the Juniata River and its tributaries from Duncans­ville to Williamsburg.

The new maps to be created by the Army Corps of Engineers and the Susquehanna River Basin Commission will replace outdated maps from the late 1970s, said Craig Thomas, a Corps hydrologist from the Baltimore office who spoke recently to Duncansville Borough Council. Council President Jeff Wolfe had asked for the update in response to residents’ complaints about flood insurance premium hikes.

The update will create a more accurate picture of flood risks, which means it could remove properties from the flood plain or place others into it, Thomas cautioned.

In Duncansville, but not in the other communities along the Frankstown Branch, the Corps and the commission will evaluate the storm sewer system, whose apparent inadequacies have contributed to flooding in the borough, including two serious incidents last year.

Also for Duncansville, but not likely for the other communities, the Corps will begin looking for funds to pay for a further study that could lead to “measures to reduce flood risk,” Thomas said, speaking of possible levees or flood walls. Getting the money for such a followup could take a few years, he said. 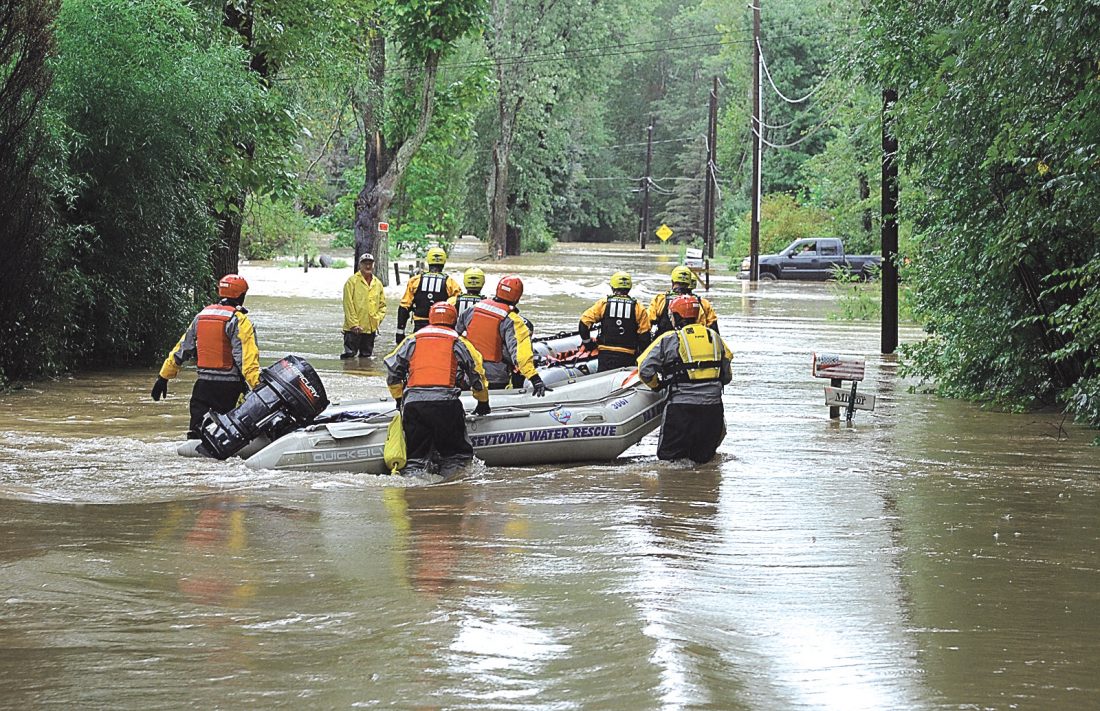 The study in Duncansville will mimic one done recently in Tyrone, which led to the overall shrinkage of flood plain property there, Thomas said.

Duncansville will be responsible for sending the data to the Federal Emergency Management Agency, “but we’ll hold your hand for that,” Thomas said.

If the study turns out to be unfavorable, the borough could decline to submit the data, which would mean the old maps would still be in force. That would be a “shame,” given that the existing data is so outdated, Thomas said. The Corps is not permitted to submit the flood plain data directly to FEMA, Thomas said.

Eighty-one households in Duncansville are in the National Flood Insurance Program — 12 percent of the borough’s families, according to information provided last year in connection with a presentation to council by the Southern Alleghenies Planning & Development Commission.

Flood insurance premiums have been rising partly because of a 2012 federal law that began phasing out subsidies for some of the 20 percent of properties that enjoy them — though not generally for properties that are primary dwellings for residents, according to online information from FEMA.

Telling residents they might have to wait three or four years for a solution to the flooding problems in Duncansville won’t be easy, said Mayor Lloyd Forshey.

“I understand,” Thomas said. “But it’s at the mercy of the funding.”

The flooding that has occurred in Duncansville is actually “very complex,” in that it’s hard to tell where all the water is coming from, Thomas said.

The project’s scope extends to Williamsburg because there’s a gauge in the river there that helps in the analysis, he said.

Councilwoman Jeannette Mills asked whether flood insurance is necessary if part of a home property — but not the house itself — is in the flood plain.

Generally, that would mean there’s no need for insurance, but it’s ultimately up to the lender, Thomas said.

The flood way for the Frankstown Branch seems excessively wide, which has created an issue with some residents, including one whose request for a pool was properly denied by the township government, he said.

The preliminary results of the flood plain map study should be available in late 2019, Thomas predicted.