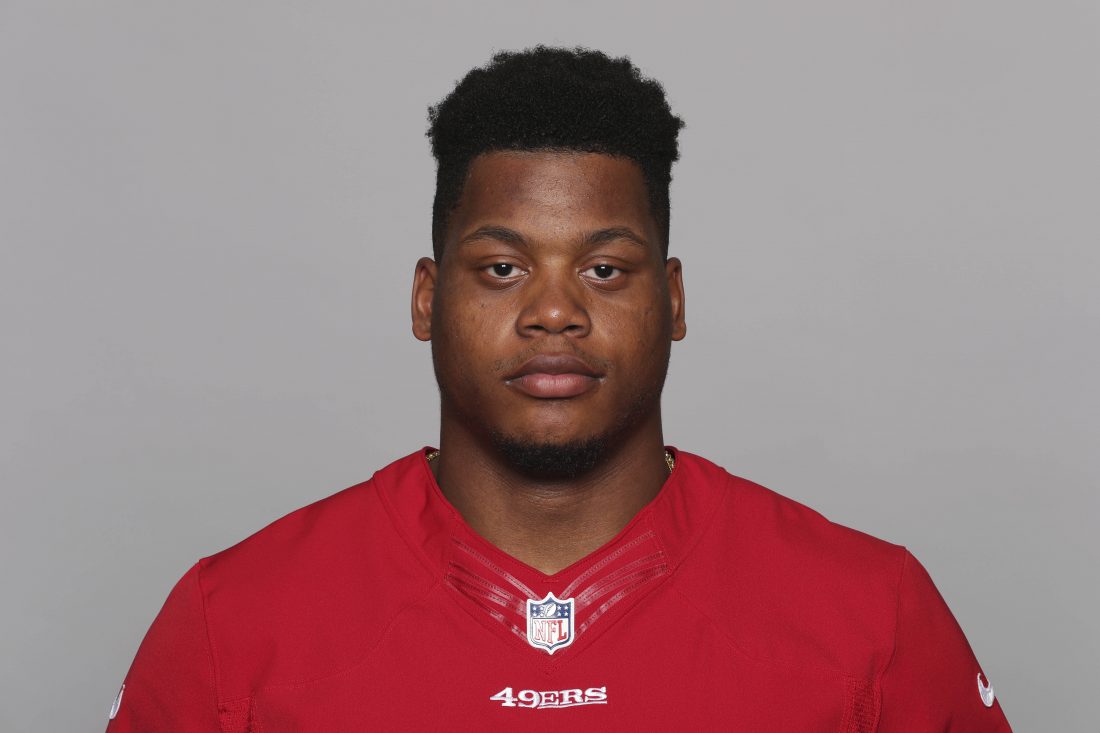 Those who know Kevin Givens are fully aware that he’s a man of few words.

He doesn’t seek the spotlight, but it’s hard to avoid at the Super Bowl.

The Altoona and Penn State product is in his rookie season as a reserve defensive tackle with the San Francisco 49ers.

Givens spent until late December on the team’s practice squad and was active for the Niners’ final regular-season game against Seattle.

He’s been inactive in San Francisco’s two playoff games, and probably will be for Sunday’s Super Bowl against Kansas City, but he’ll still be on the sidelines in Miami.

“I’m at a loss for words,” Givens, reached before the team departed San Francisco, said. “It’s definitely crazy to be going to the Super Bowl my first year. A lot of people talk about being in the league 30 years as a coach and as players for 15 that never get there. It’s definitely a blessing in my first year to be on such a great team.”

Givens said his parents are making the trip.

“It’s going to be nice seeing them before the game,” he said. “It’s like thanks to them for everything. I’m just returning the favor.”

Givens’ father, Kevin, is pinching himself, too.

“I’m very excited,” he said. “Kevin’s a good kid, and his hard work is paying off. I just hope the 49ers win. That would be icing on the cake.”

Givens’ has a three-year non-guaranteed contract worth a reported $495,000 for the first year, but the practice squad scale is lower.

“It is extra money, but people care about rings,” Givens said. “It’s about being here and staying present in the moment.”

Givens, 22, credited his agent, Kaveh Akbari of MBK Sports, for picking the 49ers for the undrafted free agent.

“Going with them turned out to be the best choice I ever made,” Givens said. “That helped me a lot — finding the right scheme and system.”

Win or lose Sunday, Givens will turn his attention to 2020 and the uncertainty of whether he’ll remain with San Francisco or land with another team.

“It’s definitely been a long rookie season, but it’s been worth it,” he said. “I’m happy to be in this spot right now. It’s a once in a lifetime opportunity, and it will help with my resume.”

After the game, he said he plans to “rest up a couple weeks, get back to feeling good and figure out somewhere to train.”