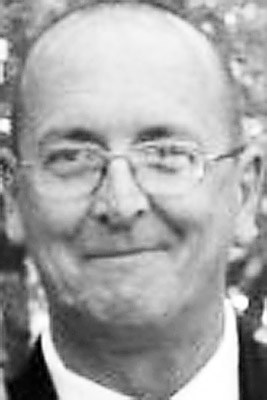 James P. Simpson, 62, Bellwood, formerly of Martinsburg and Saxton, died Tuesday morning after a long battle with cancer. He was born in Altoona, son of the late Clara K. (Taylor) Delaney. On April 28, 1979, he married Debra A. Baker in Saxton. Surviving are his wife; two sons: ...

Justin P. “Googles” Dodson, 35, Altoona, passed away Friday. He was born in Altoona, son of Joseph Dodson, who preceded him in death, and Jean (Schachtner) Paule and stepfather, Frederick Paule II. Surviving are his daughter, Nadia Grace; his mother and stepfather; three sisters: ...

Dr. Mary Jane Foster, 99, Johnstown, died Saturday in Hollidaysburg. She was the daughter of the late James M. Sr. and Mary Jane (Martin) Foster. Surviving are many nieces and nephews. In addition to her parents, she was preceded in death by siblings: Frank M. Foster and wife, Roberta ...

Hilda Wills, 92, Altoona, went home to be with the Lord on Saturday afternoon. Hilda was born in Patton, daughter of the late Peter and Cecelia (Long) Holtz. On June 7, 1947, she married Eugene W. Wills and he preceded her in death on Aug. 1, 1980. Surviving are three daughters: Susan ...

Nancy J. Lafferty, 57, of Altoona passed away Thursday at UPMC Altoona. She was born in Bellefonte, daughter of the late Gary Carl and Carol (Gildea) Smith. Surviving are her husband, James Lafferty I; a daughter, Jamie Dibeler; two sons: James II and Trenton Lafferty; a grandson, Jackson; and ...

Margaret E. Blackburn, 101, of Altoona, passed away peacefully Monday evening at Altoona Center for Nursing Care. She was born in Altoona, the daughter of the late John and the late Alice (Clemens) Gates. Her husband, Samuel Robert Blackburn, preceded her in death on Nov. 14, 1989. Surviving ...

Justin P. Dodson, 35, of Altoona died Friday, Jan. 31, 2020. A full obituary will follow in a later edition of the Mirror. Arrangements are being made with The Good Funeral Home Inc., Altoona. https://www.altoonamirror.com/wp-admin/post-new.php

God promised that He will be with us until the very end, and during the evening of Friday, Jan. 31, 2020, He dispatched guardian angels to escort Joseph M. Geraci to his heavenly home at the age of 73. Joseph was born in Tyrone, the son of the late John P. and Rose (Turiano) Geraci. He ...