Man given four to eight years in fatal ATV wreck 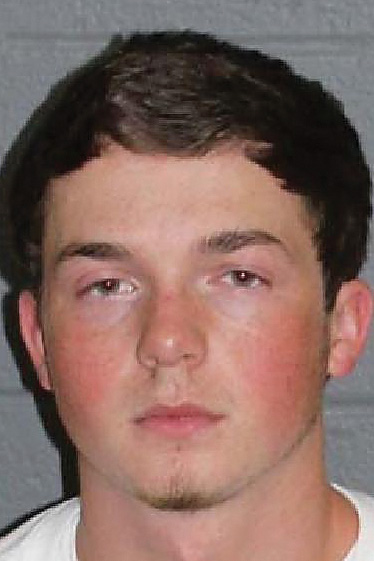 HOLLIDAYSBURG — A Dun­cansville man serving four to eight years for his role in a 2017 fatal ATV crash said Thursday that he rendered guilty pleas believing he faced at least three years in prison.

But the minimum time Jacob Ralph Helsel was facing, according to his current defense attorneys, should have been 90 days for an offense of accidents involving death or serious injury.

“This victim (18-year-old Mikayla D. Focht) was deceased prior to my client coming onto the scene,” defense attorney Steven Passarello told Judge Timothy M. Sullivan in court Thursday. “One cannot kill a person who is already dead.”

Helsel, driving a Jeep and following the ATV that ejected driver Trenton Ross Bilak and Focht, ran over Focht’s body, prompting state police at Hollidaysburg to charge him with accidents involving death or serious injury. The accident occurred in the early morning hours of April 14, 2017, when the ATV struck two deer on Knob Road in Greenfield Township.

Based on a review of the state’s crimes code and his legal research, District Attorney Richard Consiglio contends that Helsel’s actions and his plea to an offense of accidents involving death or serious injury subjected him to the minimum three years’ incarceration. Helsel’s total sentence of four to eight years also reflects one to two years’ incarceration for his plea to a charge of tampering with physical evidence.

“There was no error in this plea,” Consiglio said.

Helsel’s former attorney, Christopher Jancula, testified Thursday that when he represented Helsel, he reviewed the offenses and possible penalties with his client.

Jancula acknowledged that based on an accident reconstruction reports, he believed that Focht was already dead when Helsel’s vehicle ran over her body. Jancula also said he retained an expert who had preliminarily reached the same conclusion.

When Passarello asked Jancula if he advised Helsel to plead guilty, Jancula said yes and acknowledged that he believed Helsel was facing a minimum three years of incarceration.

Consiglio asked Jancula if he reviewed Section 3724 of the state’s crimes code — regarding accidents involving death or personal injury — before rendering his advice to Helsel.

Passarello and Consiglio named two appellate court cases for Sullivan to consider in evaluating the legal arguments. While both cases involve accidents, the attorneys cautioned that neither case presents a scenario that mirrors Helsel’s case.

But, based on the conclusions within those cases, Passarello argued that the punishment associated with accidents involving death or personal injury should be more severe for a defendant who causes death.

“I’m not saying he’s not guilty of injury to a dead person,” Passarello said. “But he caused personal injury and not death.”

Consiglio pointed out that it was the state Supreme Court, in Commonwealth v. Wisneski, which includes language that should deem Helsel’s sentence as legal. In the Wisneski case, the state’s highest court found that the term, “resulting in injury,” applied to the body of a human, whether deceased or not.

If Sullivan finds fault with Helsel’s sentence, he would be expected to spell out how the error will be remedied. Passarello has suggested that Helsel be allowed to withdraw his plea since he rendered it without valid knowledge about the penalty he faced.

If Sullivan finds no fault with the sentence, it will stand, subject to appeal.

Sullivan offered no timeframe as to when he will issue a ruling.

Two of the three teenagers charged in the killing of 15-year-old Devon Pfirsching appeared in court this morning ...

CLEARFIELD — A Houtzdale man is facing charges for allegedly kicking, punching and strangling a handicapped ...

A state prison sentence for an Altoona man with a history of DUI and other offenses has been upheld by an appeals ...

Altoona Area High School students arrived at school Wednesday morning to the news that one of their classmates lost ...