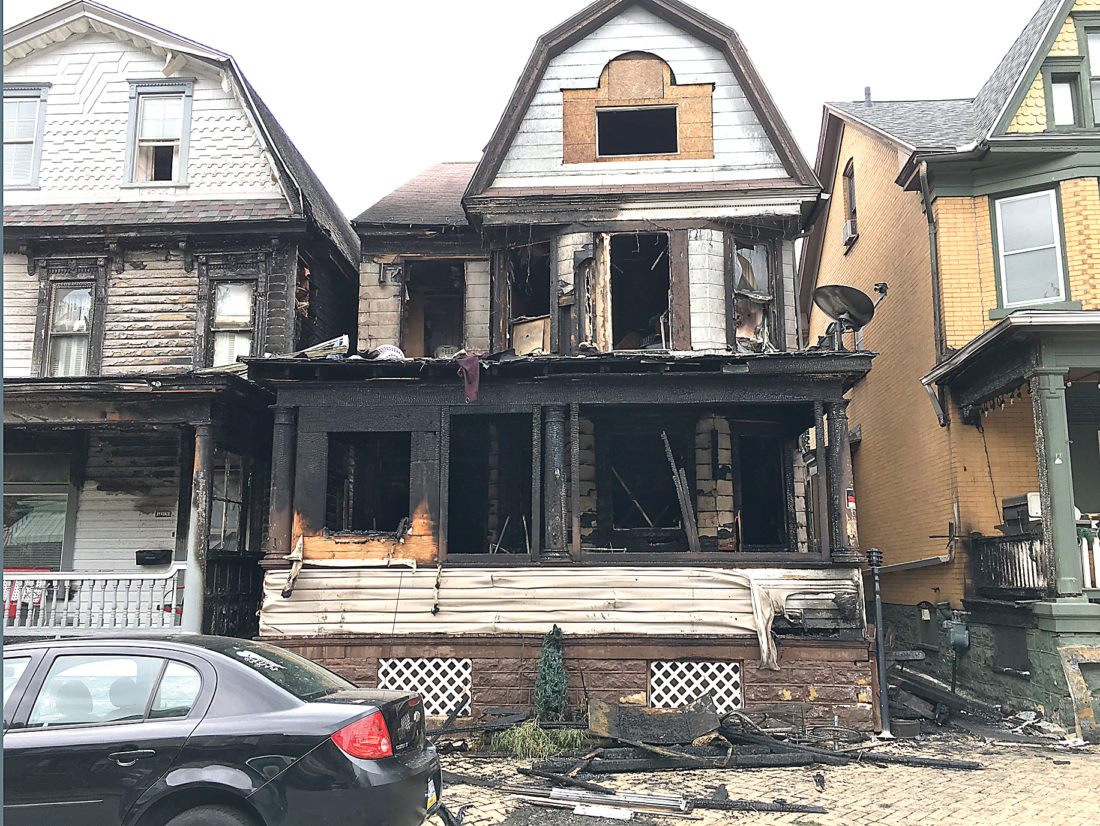 Courtesy photo The Miller home on the 1000 block of 17th Avenue was destroyed by fire Friday morning.

A fire started while a couple slept in their home on the 1000 block of 17th Avenue early Friday morning and spread through the house after they escaped.

Homeowner Amber Miller and her husband, Marshall, were asleep in a room on the first floor when the fire grew somewhere near the front porch of the house, Miller said.

“I woke up around 3 a.m. and saw orange outside the window,” she said.

Fighting back temptation to go to the front porch and stop the fire, Miller and her husband escaped through the back door without injury. Their young daughter was safe, sleeping over at a family member’s house, Miller said.

City firefighters subsequently arrived to extinguish the fire, but the home is a total loss, Miller said.

Sitting outside Friday morning at a neighbor’s residence and wrapped in a blanket provided by the Red Cross, Miller said investigators so far believe the origin of the fire was electrical.

He said a 100-foot extension cord was hardwired into a pole light to illuminate the walkway to the house, meaning the extension cord plug was cut off and the wire connected directly to the light. That was part of the problem, Hughes said.

In addition, much of the extension cord was coiled up on the porch with a house plant on top.

“All that electrical resistance is too much. The cord rolled up acts like a coil — think of a toaster coil except with rubber coating it,” Hughes said.

The homes to the left and right of 1005 17th Ave. were also damaged on the outside.

The family of three is in need of clothing and other items to start over. This includes girl’s clothes 14/16, adult small shirts, size 9 shoes; adult male size 34 pants, extra-large shirts and size 11/12 shoes; adult female 26/28 or 4x pants, shirts 4x and size 10 shoes; and supplies for four dogs. For information, contact Kelly at 515-4276.