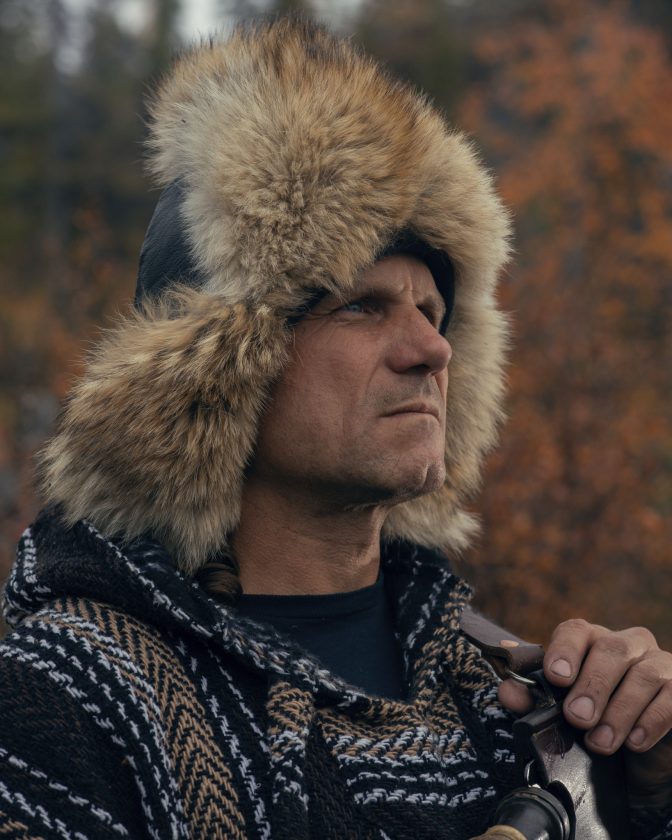 Roland Welker bowed to the Alaskan wilderness, and walked away. Though an outdoorsman he will always be, the Clearfield County native concluded two decades of surviving in the harsh northern interior without amenities or electricity; living by the game he trapped, the prey he hunted, the goods he foraged, the gold he prospected and the streams he fished.

Welker made this decision seven years ago. He now lives in Red Devil, Alaska — a town of 23 — working as a hunting guide, sharing with his clients a glimpse into the rugged existence found there.

Yet Welker fell back into his old ways: and, ironically, it was conversations with those clients about a television series that pushed him.

The series is called “Alone.” It airs on the History channel. Participants must survive in brutal, wilderness conditions for 100 days while self-documenting the experience.

In this season, whoever makes it through, wins 1 million dollars.

Welker decided he wanted to try it out, but stumbled across his first challenge — he didn’t have a computer.

He asked some clients to help, but none came through. It wasn’t until his sister, Meghan Francis, took on the lengthy application that Welker could throw his cap in.

“Without the help of my sister, I would have never had the opportunity to do this,” he said.

What followed was a “very involved” selection process, which narrowed the competition down to 10 of the most capable participants. Welker was one of them.

Last fall, a helicopter dropped him off just south of the Arctic Circle. He had 10 items with him, no information on his campsite, and no idea where he actually was. He was alone, without even a book to occupy him.

Although Welker had lived in similar conditions as a woodsman, he said this experience was different.

“No one duplicates what ‘Alone’ is doing.”

In the six seasons since the series aired, no participant has made it to 100 days.

Without need of sentimentality, Welker made apparent the two things most important to him: his native Shiloh, and his family.

It was in this area that Welker began his 40 years of hunting, fishing and trapping.

“Living off the land and the woods has been very dear to me since I was 7 years old,” he said. “I was the kid that would get off the bus with my tent and go camping by myself.”

The three men who most influenced Welker — his grandfather, father and uncle — were models of entrepreneurial spirit and self-reliance. They helped foster his passion for the outdoors.

Welker said when he wasn’t exploring the hills and streams, he was hanging around the sawmill of his grandfather, Ralph Maines.

Roland Welker said his interest in trapping came from his uncle, Jim Welker, who took part in the fur boom of the early 1980s and started his own mink ranch.

Roland Welker started skinning for his uncle at about age 7. Over time, he honed his skills and became the head skinner and ranch operator of the business.

Ernest Welker, Roland’s father, was a logger and owner of an independent coal mine. Roland Welker said his father always wanted to move to Alaska and planted the seed to leave Pennsylvania for the last frontier.

When Roland Welker was 24 years old, he spent his first winter trapping in Alaska. He said in his campsite he had the following: a chainsaw, three books (which he read multiple times each), a box of groceries, four dozen traps and snares, one ax, a handful of candles, two gallons of Blazo (fuel), his bedroll, his .22-caliber rifle, a sled dog and snow shoes. No radio, no phone.

Welker said intelligence and character are as important to succeeding as the tools in a campsite.

“Some people need a lot of stimulation. I never did,” he said. “You need to be able to get along with yourself.”

He said he inherited his character (the bullheadedness, as he stated) from his mother, Mona Welker.

While Ronald Welker was training in Montana for this coming season of “Alone” in July 2019, Mona Welker passed away. Roland Welker made the decision not to return home for her funeral due to his training. He said he wants to dedicate his participation in the series to her.

Welker has made sacrifices most haven’t had to. He warned those interested in following the type of life he’s led that, “the dream is so much better than the reality.”

Still, he was encouraging — with a caveat.

“If they are half as passionate as I was when I was growing up, I would say they should go for it,” he said.

“But you better like sitting out there listening to the wind blow.”