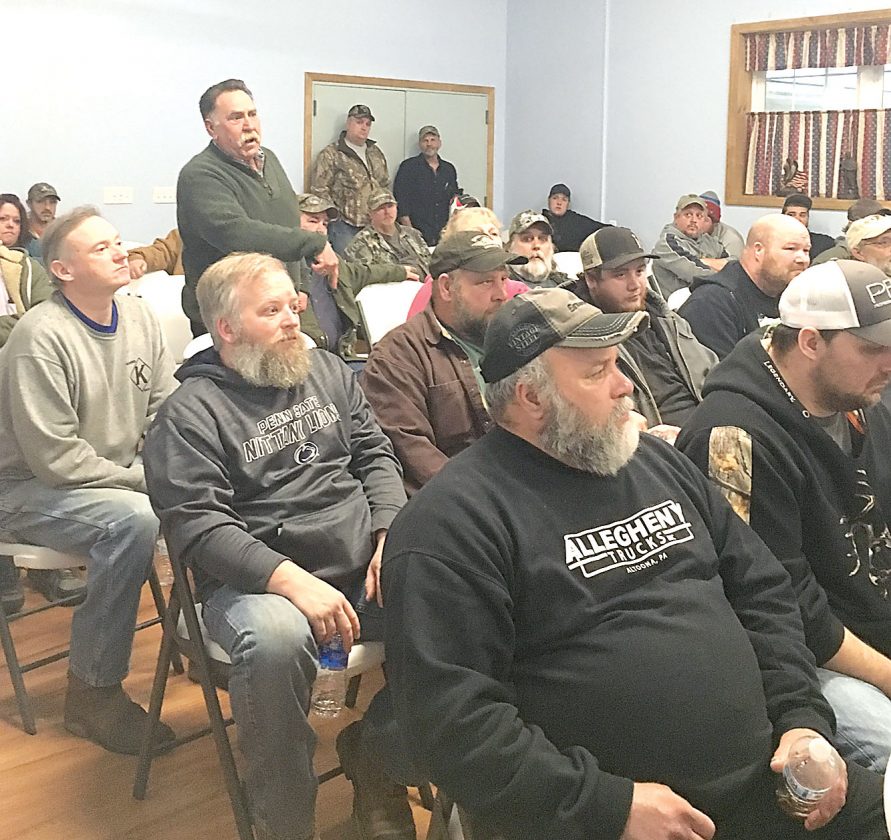 Mirror photo by Russ O’Reilly Roy Walters of Duncansville vents during a meeting called by area hunters at the Plum Creek VFW. He said hunters should hold the Pennsylvania Game Commission accountable for not following its own rules regarding baiting and killing deer.

ROARING SPRING — All Thursday afternoon and evening, hunters gathered at the Plum Creek VFW feeling victorious but wary of the next battle against the Pennsylvania Game Commission for their deer-hunting heritage.

Wes Keith and Matt Johnson of Roaring Spring and Rod Swope of Imler addressed 60 hunters at a time from 2:30 to 8 p.m. to inform them that although the commission’s plan to cull a couple of thousand deer in Blair and Bedford counties was put on hold two days ago, the commission confirmed Thursday that it carried out small targeted removals of deer in Clearfield and Fulton counties last year.

The hunters also held a conference call Thursday at the VFW with Jay Gregory of Iowa, who is a professional hunter and TV personality on the Outdoor Channel.

Gregory praised the hunters for halting the targeted removal in Blair and Bedford, saying they set an example for other states where the government is attempting to eradicate deer herds in the name of studying chronic wasting disease.

The hunters celebrated the fact that state Rep. Jim Gregory, R-Hollidaysburg, intervened this week and achieved a delay of the cull. U.S. Department of Agriculture sharpshooters occupying a house on Sproul Mountain Road are gone, at least until next year, Keith said.

But the hunters have been told the commission wants the deer killed, one way or the other. If hunters don’t harvest enough deer to decrease the herd in the 100-square mile study area within Blair and Bedford counties, then the sharpshooters will be back to do it.

Although the cull is halted, the hunters are preparing to file a lawsuit to get answers from the commission.

“We want to know the exact amount of deer they’ve killed to this point,” Keith said.

In cooperation with Penn State biologists, the commission began a pilot study last year to see whether smaller deer herds can slow the spread of chronic wasting disease. The first phase of the study was merely collaring and tracking the deer. The second phase originally slated for this month was to begin targeted removal of deer.

It’s a federally funded study, so the hunters also plan to contact U.S. Rep. John Joyce, R-13th District, for help in getting their questions answered before the study resumes, Keith said.

The commission paints a picture that its South Central region containing Blair and Bedford has a deer population with a 3 percent infection rate and rising.

Keith stood in front of a crowd of 60 hunters and relayed information he said he gained from a phone call with the commission earlier in the day.

He said the commission confirmed that smaller targeted removals of deer have already occurred in Clearfield, Franklin and Fulton counties when a positive test for chronic wasting disease was found.

“In February 2018, in game lands in Clearfield County, 126 deer were killed and zero tested positive for CWD, the commission told me,” Keith said.

In the same year in Fulton County, he said between 20 and 30 were killed and in 2017, there were some taken in Franklin County.

That information upset the crowd.

“Wasteful,” one man yelled out.

About a month ago, Blair County residents began noticing the Game Commission sending USDA sharpshooters around to request access to private properties.

The commission denies carrying out any targeted removals of deer in this area for the planned study, saying it has listened to hunters’ wishes. But hunters have questions.

Photos and video circulating on social media show dead deer with severed heads in dumpsters. The commission said those were roadkill deer tested for CWD.

Troy Wright of Roaring Spring projected those images onto the wall of the VFW.

Wright is a police officer, but his business at the meeting was as a hunter.

He said he took those videos on Monday at 9 p.m. on Seldom Seen Road near Locke Mountain, which is the area where targeted removal was planned to take place.

Wright still questions whether the deer have been killed for the study.

“If they are roadkill, then why are there empty feed bags in the dumpster with the deer carcasses?” he asked. 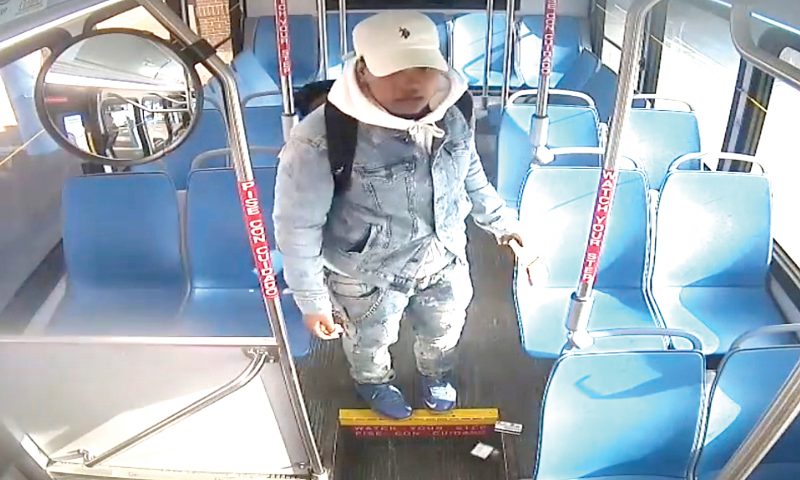 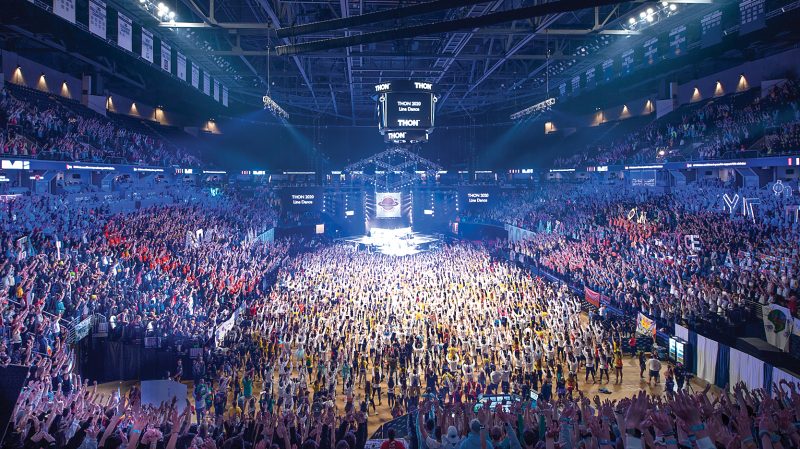 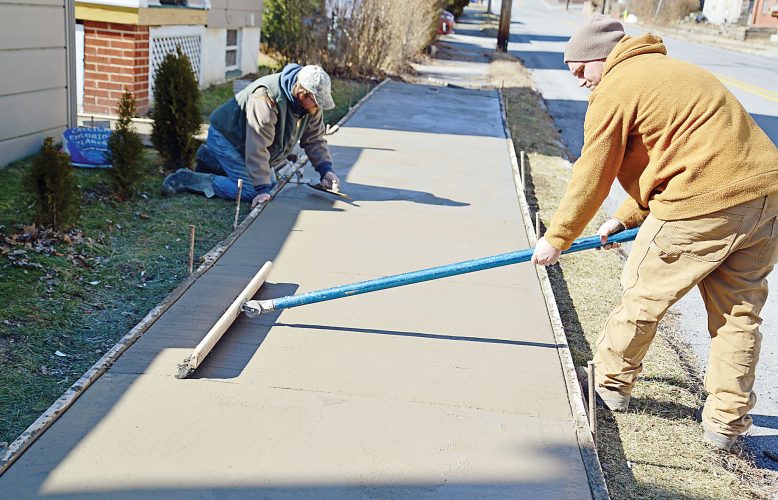