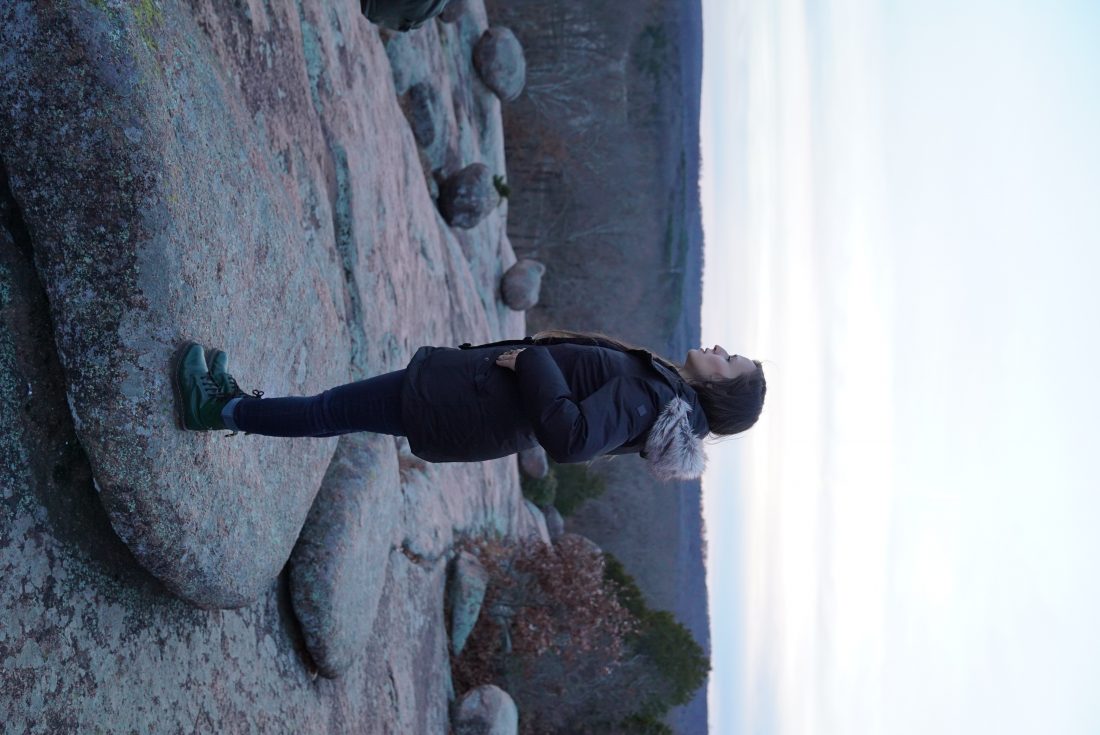 Courtesy photo Paranormal researcher Heather Taddy stands atop Elephant Rock in Missouri which was near a lake where the âAlien Highwayã crew conducted an investigation.

Altoona Area High School graduate Heather Taddy, class of 2004, turned an interest in paranormal activity into a career as an investigator. She appears on a new Travel Channel series, “Alien Highway,” that premieres Wednesday.

Taddy, 33, lives in Wilmington, North Carolina, but will be moving back to Pittsburgh later this summer.

She is the daughter of Rose and Phil Taddy of Altoona.

Taddy attended Penn State Altoona for two years and finished her degree in Film and French at University Park.

While there, she joined the Penn State Paranormal Research Society — the only paranormal club backed by a university in the country.

As a club member, Taddy attended lectures with experts in the unexplained and went on ghost hunts.

“We would talk about our experiences we’d have in haunted houses or about the latest alien sighting in the news,” she said. “I was intrigued by the people’s stories … and different homeowners’ experiences that couldn’t be explained.”

She learned to set up camera locations, interview former homeowners and residents, conduct historical research on the area and seek answers.

A self-described paranormal researcher and investigator, Taddy emphasized she’s not an actress.

“Alien Highway” isn’t her first series. She previously investigated the unexplained on A&E’s “Paranormal State,” television show between 2007 and 2012. The show remains in syndication and can be viewed locally on cable. In “Paranormal State” she served as the team’s documentarian and filmed “behind the scenes” footage in her “Heather-Cam.”

After her 2008 graduation from Penn State, she lived in Pittsburgh and “traveled around” doing speaking events and shows at colleges as well as being involved in different pilots for shows that didn’t happen.

She moved to North Carolina to take a social media/marketing position with a koozies and sock company.

From December to March, she and the father-son duo Chuck and Dan Zukowski traveled around Utah, Colorado, New Mexico and Missouri filming eight episodes of “Alien Highway.”

“When I go into an investigation it is with a balance of skepticism and belief. I’ve had a lot of experiences I can’t explain. I am really logical and like to look for natural explanations when it comes to hauntings and ask are the people bringing it on themselves or are there more natural explanations such as old electrical or old boards settling in the house.”

Often times, simultaneously with a UFO sighting, people report abnormal activity in their homes, such as lights and moving objects.

“I’ve been involved in hundreds and hundreds of cases where the activity prevents the owners from being in their home and often it turns out that something tragic happened and energy is trapped. If scientists can’t explain the phenomena, then the crew tries to capture evidence on camera and film. The next step is to help release the “trapped energy” by having a priest come and bless the home.

“A lot of the times that’s what’s helped,” she said. “I do believe in ghosts and feel the happenings are all related to trapped energy. I’ve always been fascinated by ghost stories, such as the White Lady of the Buckhorn and the White Lady of the Wopsie. And, we’d play around with a ouija board. I got into this field because of the thrill of it. I like researching old houses and to try and figure out what is happening.”

General plot: Chuck Zukowski, a former Colorado law enforcement officer, has been researching and investigating UFO-related incidents for over 30 years. Now, together with his son Daniel Zukowski and investigator Heather Taddy, he is pursuing the cases that authorities ignore, finding evidence that others have missed, listening to witnesses that are otherwise afraid to come forward, searching for definitive proof of UFOs along America’s Alien Highway.

Series premiere episode plot: “Hunt for the Skinwalker” ­– A recent creature sighting outside the infamous Skinwalker Ranch brings Chuck Zukowski and the team to Utah to investigate. Evidence, both on the ground and in the skies, indicates the mysterious shapeshifter might actually be an alien.