Welcome back: PSU men return to top 25 for first time in 23 years 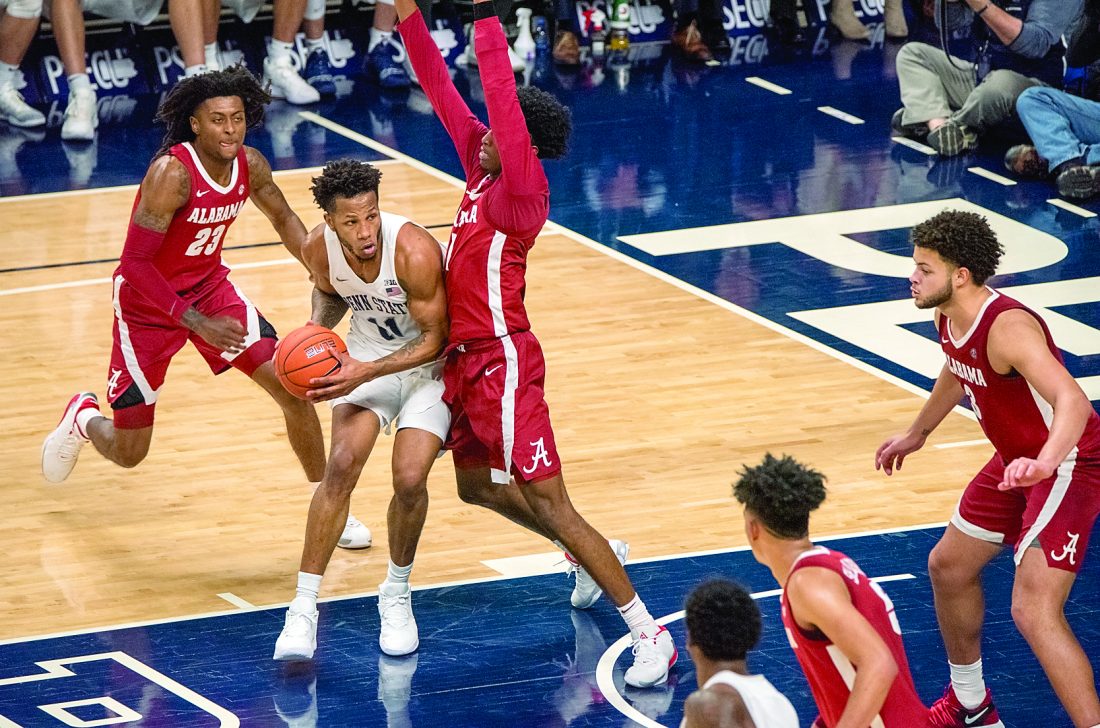 Photo for the Mirror by Jack R. Hirsh When Pennâ€ˆState senior star Lamar Stevens gets the ball in the paint, defenses tend to pay attention.

Remember 1996? That was a cool year. I graduated from college that year, so yeah, that seems like a long, long time ago.

Way back in 1996, the Penn State men’s basketball team was ranked in The Associated Press Top 25. The Nittany Lions finished that season 21-7 and No. 18 in the poll.

Never to be heard from again.

For the first time in nearly 24 years, Penn State finds itself back in the AP Top 25 this week, coming in at No. 23.

And very much deserved.

This PSU team beat No. 4 Maryland last week at the Jordan Center, opening eyes across the country. The Lions suffered an inevitable letdown a few days later against a mediocre Alabama team on Saturday, but they rallied and held on for a 73-71 win to improve to 9-2.

Penn State most definitely has an NCAA Tournament-caliber team this year, with a chance to go dancing for the first time since 2011.

The next few months, therefore, should be pretty exciting to watch, and we’ll see if Patrick Chambers’ team can indeed live up to its potential.

n Bruce Willis’ bizarre “12 Monkeys” was the No. 1 movie at the box office.

n The legendary song “One Sweet Day” by Mariah Carey and Boyz II Men was Billboard’s No. 1 song. (It was No. 1 for 16 weeks, the longest run ever until it was surpassed this year by “Old Town Road” from Lil Nas X.)

Put another way, 1996 was so long ago that current normal-aged Penn State undergrad students hadn’t even been born yet the last time the Lions were in the Top 25.

The Lions have a couple of easy games coming up against Central Connecticut State and Cornell, then it will be time for the grind of the Big Ten schedule. And boy, what a grind it could be this season.

Did you see what happened Sunday? Ohio State, which had looked like the best team in the country, visited Minnesota and lost. Purdue went to Nebraska, which is having a tough year, and lost.

All told, home teams are 13-0 in Big Ten play this season. That’s staggering, given the level of upsets that already have occurred, one of which was Penn State beating Maryland.

What it really means is this: The Lions had better take care of business at home in conference play because wins could be few and far between on the road.

There’s still a ton of work left to be done for this team to make the NCAA Tournament. But it certainly has a chance, and that’s terrific for Chambers.

The coach is in his ninth season at PSU, and there have been a lot of lean times. Just last year, the Lions started 0-10 in the Big Ten, and the usual grumblings were heard about how Chambers should be fired.

Chambers has done an excellent job recruiting talent to PSU. He has always had issues in close games, particularly when the offense bogs down in the half court, and that above all else will be worth watching as a tell-tale sign about the squad’s tourney hopes.

The best news Penn State could have hoped for came after last season when Lamar Stevens announced he would be returning for his senior year. Stevens is a stud, and having him back meant that this team would have a chance to make a run at the tourney.

Conversely, had Stevens decided to leave, it would have been a crushing blow to the Lions. They had just gone through the same situation last season when Tony Carr made a decision to turn pro early. If PSU had Carr and Stevens together last year, it probably would have reached the Top 25 at some point and made the tournament.

This year’s team isn’t just about Stevens, though. Chambers has pulled together a solid nucleus of perimeter players, and Mike Watkins has been fantastic inside. If Watkins keeps playing the way he has and can stay out of foul trouble, the Lions will be a tough matchup for any team in the country.

As someone who loves college basketball, it’s really cool to see Penn State have a quality team and be relevant on the national stage.

It’s been far too long since that was the case.

TYRONE â€” The Tyrone girls basketball team started the playoffs trying to make a statement with an 11-0 run on ...

PATTON â€” It was one of those games where Emily Henry was the biggest kid on the floor, and Thursday night in ... 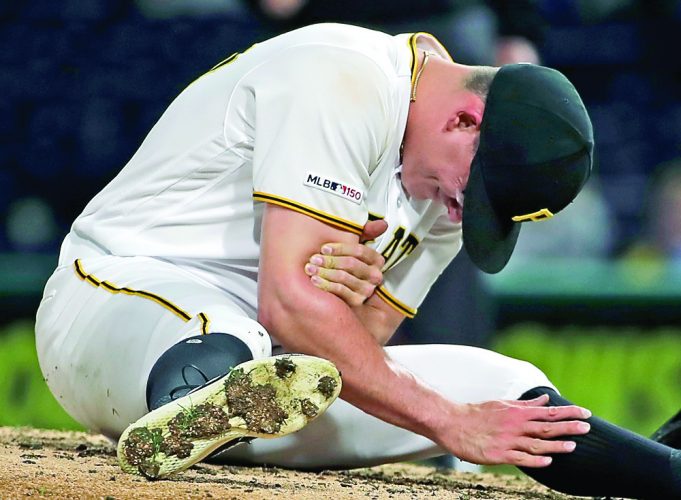 EBENSBURG â€” The Hollidaysburg ice hockey team finished its regular season at 14-6 Thursday night, thanks to a 6-5 ...