Yes, the Nittany Lions have a present to feel very good about and a bright future, too, as the program has a chance to be in the College Football Playoff next year.

But on this Thanksgiving Day, it’s cool that we as Penn State followers — be it as fans or media — have a past to be celebrated.

Consider that since 1950 — 70 seasons — the football program has been led by just four coaches — Rip Engle, Joe Paterno, Bill O’Brien and James Franklin.

None have had to be fired because the job was too big for them. We know the painful fate that Paterno met, and to this day most of us agree that it should have been handled differently.

But that doesn’t take away the greatness we were fortunate to witness.

If you don’t think Penn State’s trail of success is unique, do a quick survey of other schools and their steady coaching turnover, either by a coach’s choice or his administration’s.

Engle went 3-0 against Woody Hayes — with all three victories coming in Columbus — including 1964, when the Lions, despite finishing just 6-4, blitzed the Buckeyes, 27-0. Like Paterno, Engle is in the College Football Hall of Fame.

Paterno then carried the torch for an amazing 46 seasons, winning the national title in 1982 and ’86 and presiding over unbeaten and championship-worthy seasons in 1968-69, ’73 and, with the best offense the program produced, 1994.

I’m thankful to have had a front-row seat.

I also appreciate having seen the kind of crisis management O’Brien displayed in his two seasons and how he absolutely saved the program from further and long-term devastation, regardless of how unfairly it was inflicted.

He showed the ability that has enabled him to win three AFC South titles with Houston, and he’s on his way to his fifth winning season (and fourth playoff berth) in six years.

Though he messed up our New Year’s Eve in 2014, I’ve rooted for him ever since.

And I’m grateful for getting to know and covering Franklin, who has done an outstanding job in making the Lions a Top-10 program again, upgrading their talent base and raising the bar for the program’s facilities and new-era vision.

I’ll feel even better about him if, despite persistently being linked to other jobs, he continues that climb toward the elite level he outlined and we all seek.

Beyond the coaches, I’ve enjoyed watching, covering and meeting many of the greatest of Penn State’s greats.

Here’s a short sampling: Reid and Smear, Ham and Franco, Cappy and Bahr, Clark and Millen, Fusina and Suhey, Farrell and Munchak, Blackledge and Warner, Conlan and Shaffer, Collins and Carter, Robinson and Posluszny, Mauti and Zordich, Barkley and McSorley.

I’m fortunate to have covered a program for 40-plus years with such a strong alumni base and the extraordinary interest of this region.

For that, I’m most thankful to you, our readers.

Lions fall apart in 2nd half on road

The Associated Press MINNEAPOLIS — Daniel Oturu had his 12th double-double of the season with 26 points and 14 ...

UNIVERSITY PARK — When Penn State wrestling fans walked out of Rec Hall on Friday night after the Nittany ...

UNIVERSITY PARK — There was a distinct sound of bricks being thrown at the basket as Penn State started ... 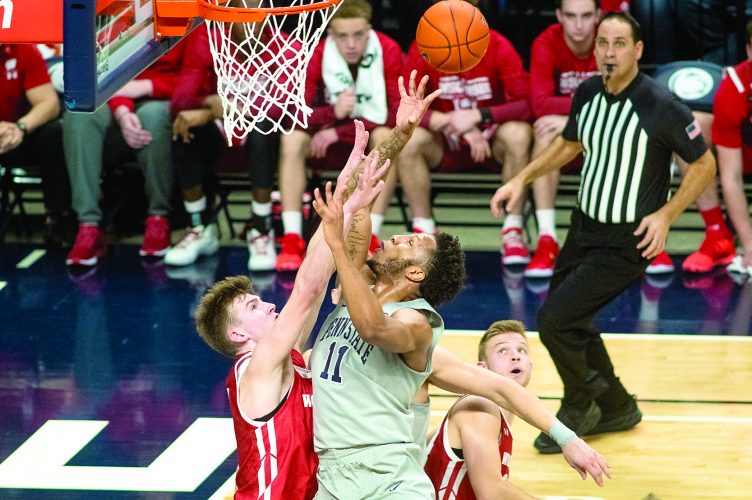