The cupcake business: Scheduling FCS foes all about the Benjamins 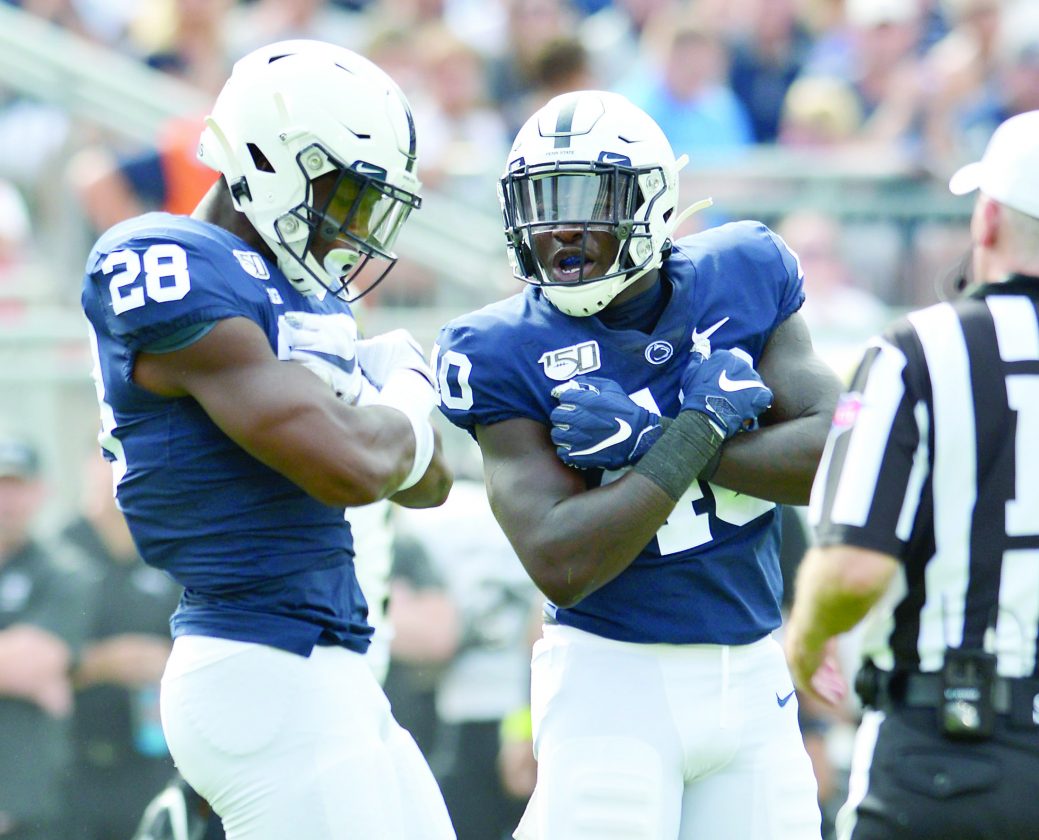 Penn State embarrassed a really, really bad Idaho team Saturday, 79-7, and by this point, we all know why these kinds of games are played.

Big teams eat up the cupcake opponents, who in turn get tons of money to take back to their campus and use it to fund the rest of their athletic department.

That’s how the business of college sports works around the country, for better or worse.

But why, specifically, did Penn State play Idaho, an FCS opponent that might be the worst visiting team ever at Beaver Stadium? There’s an interesting back story, and I’ll get to it in a bit.

Staying close to home, I was asked this by a half-dozen people over the past couple of days: If PSU is going to play Idaho and pay that school a whopping $1.45 million for the game, why can’t the Lions throw a bone to Saint Francis and schedule a game against the FCS program from Loretto?

Having covered Red Flash athletics for many years, I can tell you that a typical going-rate payday in the neighborhood of $800,000 for that kind of game would be a phenomenal windfall for the tiny school.

Could it ever happen, you may be wondering?

Well, it could not have happened before, but that will change starting next year.

Let’s get into the fun (actually boring) and fascinating (really tedious) world of college scholarships.

Major college FBS programs can offer 85 scholarships. There are no partial scholarships, so each of the 85 players gets a full ride.

Dropping down to the FCS level, programs can give out a maximum of 63 scholarships. The big difference is those 63 can be divided up, so many players will be on full scholarship, while the rest of the allotment is split up so some players get, say, half or 75 percent of a full ride.

An FBS team can play an FCS team, and that’s even true for members of the Big Ten. Several years back, the league decided that its teams would no longer be able to schedule FCS opponents, but that was changed in 2017.

There are, however, different tiers of FCS programs.

Saint Francis, for one, plays in the lower-level Northeast Conference, which allows a maximum number of 45 football scholarships. Just offering 45 scholarships, though, does not enable an FCS team to play an FBS opponent.

The school has to offer what’s called an equivalency of 56.7 scholarships for two years in order to be able to schedule an FBS opponent.

“You are probably wondering how can you get to the 56.7 number if you can only offer 45 athletic scholarships,” Saint Francis AD Susan Robinson Fruchtl texted me explaining all of this stuff.

“The NCAA rules with this process allow you to count some institutional aid toward the 56.7 number.”

OK, math and finances are hard, and this is all sort of mind-numbing stuff.

The long and short of it is that Saint Francis just recently got its football program up to the 45 scholarship and 56.7 equivalency limit. So, beginning next season, the Red Flash can start playing FBS opponents — and getting some big paydays for doing so.

The Flash play at Buffalo next season, and in the coming years will have games at Eastern Michigan and Akron. Payout figures for such games are hard to find, but my best guess is it’s in the $300,000 range. By comparison, Saint Francis gets in the $100,000 ballpark for high-profile men’s basketball road games at places such as Duke and Louisville.

Theoretically, Saint Francis would be eligible to play a game at Penn State starting next year, but that’s nowhere close to happening. It would be such a gigantic step up in competition and depth for SFU that there would be concerns of injuries for players from the small program.

In a decade or so, after getting experience playing many FBS opponents, Saint Francis could try to seek a game against PSU. Even then, I doubt it would happen, simply because Penn State football is a huge national brand that can play basically any program in the country, and it would be a hard sell even to diehard Lion fans bringing the team from Loretto over to play a game.

Which brings me back to Idaho, and the debacle that took place Saturday.

Penn State played well, and the game served a purpose getting a lot of young players some experience. But let’s face it, Idaho had no business being on the same field.

The Lions could have won that game 110-0 had they kept their starters in the whole way and actually went all out for 60 minutes.

USA Today did a good story detailing how the matchup came about.

In 2015, Idaho was still an FBS team when it agreed to play at Penn State. Eight months later, Idaho decided to drop down to the FCS level to save money in its athletic department.

There apparently was no out clause for PSU in the contract, according to USA Today, and the school kept its commitment to retain Idaho on the schedule despite it moving down to FCS.

Idaho got $1.2 million for a trip to Florida last year (a 63-10 loss). And it was supposed to receive $1.4 million for a game at LSU next year, but LSU backed out of the deal because its contract had language in it about the FCS scenario, according to USA Today.

College football programs will pay a lot of money to bring in cupcakes for guaranteed wins, even the soggiest, grossest-tasting cupcakes you can find, like the one we saw Saturday at Beaver Stadium.