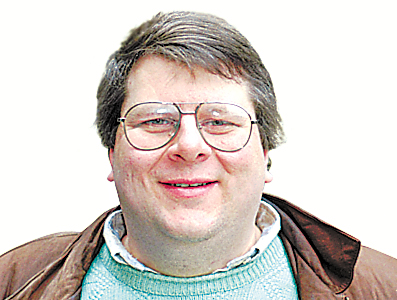 John Mehno, who has covered Pittsburgh sports for the Mirror for more than 35 years, has passed away.

“All of us who worked with John loved his witty, informative and entertaining style,” Mirror Managing Editor Neil Rudel said. “His columns and his coverage will be sorely missed on our sports pages.”

Mehno’s sister, Linda Soldressen, confirmed Thursday night that he passed away earlier this week at his home in Baden from heart and circulation complications.

Mehno (pronounced Mayno) was based in Pittsburgh, but he contributed stories and commentary on the Pittsburgh Pirates, Steelers and Penguins since 1983. In his earlier years with the Mirror, he also covered Pitt.

Mehno wrote three books, “The Chronicle of Baseball” in 2000, “The Best Book of Football Facts and Stats” in 2003 and “The Best Pittsburgh Sports Arguments” in 2007.

“He was an encyclopedia of sports knowledge,” Soldressen said.

In addition to the Mirror, during his career, he was a freelance contributor to the Beaver County Times, the Associated Press and The Pittsburgh Sports Report.

He was a correspondent for The Sporting News for 13 years, covering the Pirates, and his byline had also appeared in USA Today, the Chicago-SunTimes and the Dallas Morning News.

He was a frequent radio guest on both Cory Giger’s “Sports Central” program and prior to that with Joe Shuta on “Leading Off.”

“I’m heartbroken to hear of John’s passing,” Giger said. “He was a reliable staple of expertise about Pittsburgh sports on my radio show for a decade. He will be greatly missed by many sports fans in our area.”

A graduate of Ambridge High School who attended Penn State-Beaver, Mehno was single. He is survived by his sister and several cousins.