Major league players make way, way too much money, and the sport’s entire economic system is a joke.

I realize I’m dreaming here, because it’s never going to happen, but MLB needs a salary cap for teams. Along with that, it also needs a salary floor.both of those things would be my first order of business if I were commissioner and could change anything I wanted about Major League Baseball.

We all know there’s a gigantic disparity in team payrolls.

Last season, the Red Sox had the highest payroll at $229 million, while the Pirates were 29th out of 30 teams at $72 million.

For this year’s 60-game season, the Yankees lead the payroll insanity at $110 million, while the Pirates again are 29th at $24.5 million.

The NFL, NBA and NHL all have salary caps. Baseball doesn’t, because its players union has always been incredibly strong.

A salary cap alone would not be enough in MLB. Many teams still would skimp and keep their spending at such low levels that it would hurt their competitive chances.

A salary floor, therefore, coupled with a salary cap would provide a much more level playing field across MLB. Unless a salary cap is implemented, or at the very least a salary floor, I cannot envision the Pirates ever winning another World Series in my lifetime.

One radical change I’d bring as baseball commissioner would be relegation, like they have in English Premier League soccer.top teams would all compete in the highest division for a shot at the World Series, while the bottom-tier teams would be dropped down to play in a lesser division for a year, enduring less prestige and more financial hardships.

The reasoning is simple: You MUST try to win every year and put all the resources you can toward that goal … or else!, it’s impossible to have a fair relegation system when some teams can spend massive amounts of money while others cannot. But if there were a salary cap in place, relegation could be done.

Yeah, yeah, I know, these are completely unrealistic possibilities for MLB. But I truly believe fans deserve to know that their team is making a good-faith effort to try and win every year, not just giving lip service about it.

My last big change would be the easiest of all. I would end the lifetime ban on Pete Rose, thereby allowing him to be eligible for the Hall of Fameame. It’s absolutely insane that the all-time hits leader in MLB is not in the Hall. I honestly don’t care if Rose bet on Reds game when he was the manager. The guy had 4,256 hits for crying out loud.

The Hall of Fame is a museum, plain and simple. It documents the history of the game. Rose should be in the Hall for what he did between the lines, and they can put all the asterisks up that they want with explainers of how he bet on baseball or whatnot. To deny him a spot is pure folly.

Giger can be reached at cgiger@altoonamirror.com.

Winning pitcher Mark Saxman struck out 10, had two hits and drove in another as Blair County Oil topped B&M ...

Knights need to believe for success

H.S. football The Mirror will preview a high school football team each day until Aug. 22. For a complete rundown ... 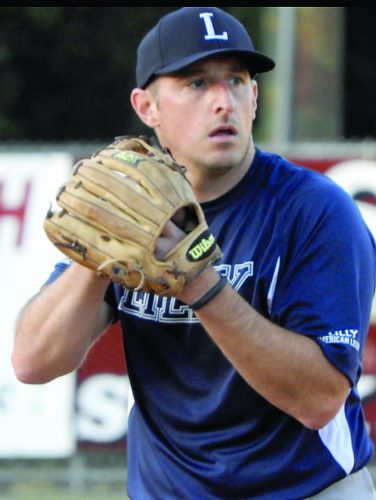