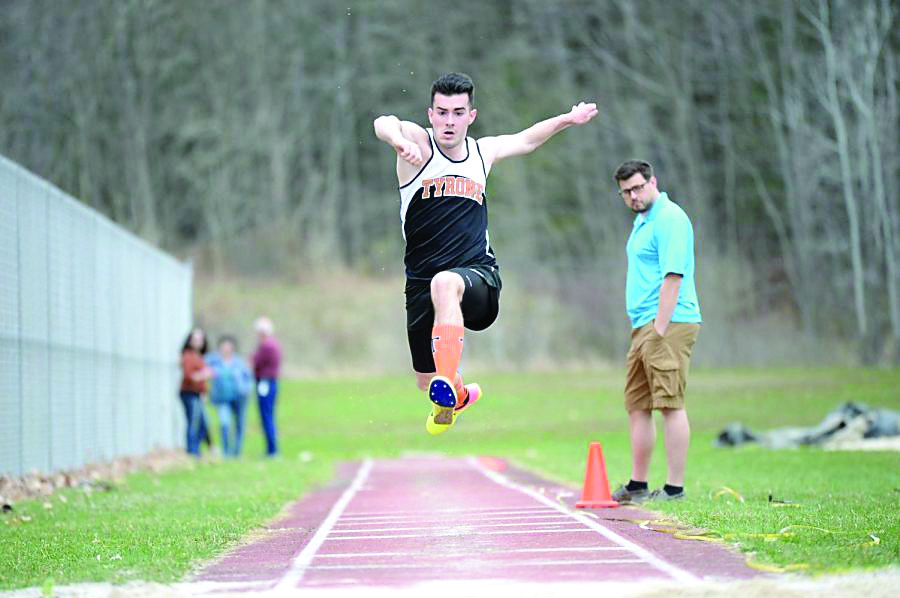 Courtesy photo Nick Vasbinder was a standout in several events in his career with the Tyrone track and field team.

The Mirror is recognizing some high school senior spring sports athletes who missed out on their final scholastic seasons due to the COVID-19 pandemic. This is the final installment in the series.

One day, Nick Vasbinder is going to have one heck of a story to tell his students. Or his team. Or maybe both.

Vasbinder, a standout member of the Tyrone boys track and field team this past spring, was dealt heartbreak after heartbreak as the coronavirus pandemic kept wiping out things that he enjoyed.

He lost his chance at going to the PIAA State Track and Field Championships at Shippensburg for a fourth time. He lost the lead in the school play as Jack Kelly in “Newsies,” as well as the rest of his senior year, which included prom and graduation.

But if you talk to him, he found a light at the end of the tunnel.

“It is heartbreaking to see all the things I hoped to do as a senior taken away, however, I still believe better days are ahead,” he said.

Coach Brad Kanuch listed several things he will miss the most about his star in the high jump, triple jump and relays. It was hard to pick just one.

“I think Nick has a unique gift of sharing his passions with others,” Kanuch said. “Whether it’s track, love of music and love of musicals … on the track, he wanted kids to learn and be successful just like he is. Some people go about it quietly and some people are vocally able to share their techniques with others. Having kids like Nick on the team help make the program successful.”

Having Vasbinder on the team this year, as a senior, would have been important to the youngsters on the squad according to Kanuch.

“He’s a great kid who works really hard and has a great ability to teach the younger kids, which is important,” Kanuch said.

Laura Harris, a music teacher at Tyrone, was the director of “Newsies.” She has known Vasbinder since his elementary school days. She knows all about what he, along with his classmates — and castmates — have gone through.

“This kid is still smiling and still being a positive kid because that is who he is,” says Harris, who noted that Vasbinder was one of the stars in last year’s school play “How To Succeed In Business Without Really Trying.”

Harris says she can see a future where Vasbinder would be able to pass on his love and knowledge of the arts to students.

“Absolutely,” she replied when asked if he could do what Harris does. “Just watching him interact with the kids … he is such a born leader. If a kid struggles, he is right there for them. He doesn’t just tell them, he shows them. He will be phenomenal whatever he picks in life to do”

Vasbinder, who will attend Penn State this fall and major in kinesiology, can see himself teaching youngsters his craft some day.

Kanuch said Vasbinder, who also played soccer at Tyrone, leaves with a decorated career, even without a senior year on his resume.

“I believe Nick would have made states a fourth time, and I also believed he was going to push our school record in the triple jump,” he said. “I also think he would have won districts and the Mountain League in the long and triple jumps.”

Of all his events he competes in, Vasbinder — who noted that his parents, David and Laura, along with his sister, Amelia, were supportive over the years — had a favorite.

“The most challenging event is the triple jump. I enjoy it because I will always be able to do something new with it no matter how far along I believe I am,” he said. “Alongside the pole vault, it is one of the most difficult events to even get started with.”

Kanuch, who coached track at Bishop Guilfoyle and starred in the sport while at Westmont Hilltop, had high praise for his graduating Golden Eagle.

“Nick is by far one of the best kids I have coached, dating back to my days at Westmont,” he said. “He is coachable. He listens. He leads and had the ability to keep his teammates minds on the prize. Nick is going to be greatly missed on our team. My heart aches for him, his family and the rest of the seniors that had to go through this. Unfortunately for most of these kids, the end of their senior year is blank.” 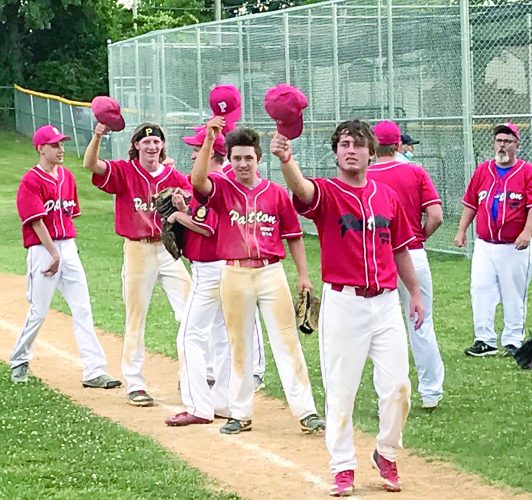