BG’s Reighard plays with no regrets 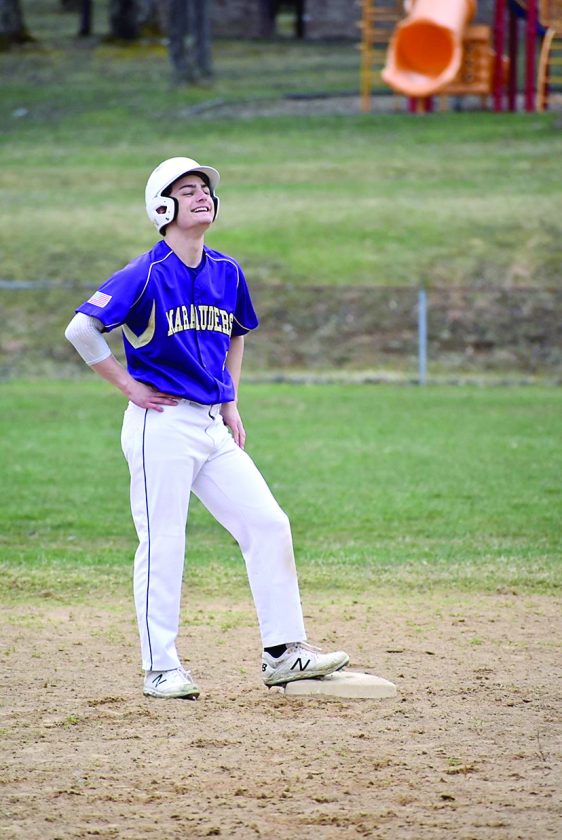 Even though Tommy Williams only coached him one season on the Bishop Guilfoyle Catholic baseball team, he knew he had a star in junior Gaige Reighard well before 2019.

“I knew about him from coaching my son in Little League,” recalls Williams, who took over the Marauders last year, guiding them to the school’s first-ever district title. “He was 12 when my son was 9, and I knew then he was the best player in Little League.”

Reighard not only played baseball but also football and basketball at that time … that is until the beginning of his ninth grade year at Guilfoyle. It was then that he decided he’d dedicate himself to becoming far more than a diamond in the rough, but a star on the diamond that became a player who was tough on opponents.

“The decision was pretty hard to make at first, choosing just one sport, but by the end of the day, baseball has been the sport I loved since I was little and enjoyed the most,” said Reighard, who will play collegiately next season at Frostburg State in Maryland.

The BG baseball program’s gain was a loss for the school’s football and basketball program, not that those two units have been hurting the past few seasons.

Dave Madden was the junior high football coach at the time for BG.

“He was a very good athlete, and I think he could have played (eventually at the varsity level),” he said. “The one thing I do remember about him was that he was a very coachable young man, just good to be around.”

“We make our coaches watch a seventh-eighth grade game every year and just reach out to them,” Wheeler said. “He was a kid we tried to get to come out for us every year because he was such a gifted athlete.”

Reighard finished with a batting average of .333 in high school baseball career. Williams said his young outfielder prided himself on never being out-hustled.

“Danny Potopa was a senior leader for us last season, and Gaige would have jumped into that job this year,” said Williams, whose club lost its 2020 season to the Coronavirus pandemic. “He would say prayer before we took the field. He would have been our vocal leader, I think, this year.”

Reighard, a Yankees fan who will major in psychology at Frostburg, has no regrets about missing out on all the glory experienced by the basketball and football teams during his BG tenure.

“I am definitely happy with my baseball choice, but there were times watching them be so successful that I would wish I was out there with them, but I was so proud of them, their success and what they accomplished,” he said.

He is hoping his next game will be with a team from the Johnstown area in the AAABA League this summer. As of right now, his last scholastic game was in 2019, losing in the state playoffs.

“I still think about playing one more game,” Reighard said. “I sometimes think that (last year) I played my last game, and I didn’t even know it would be my last game.”