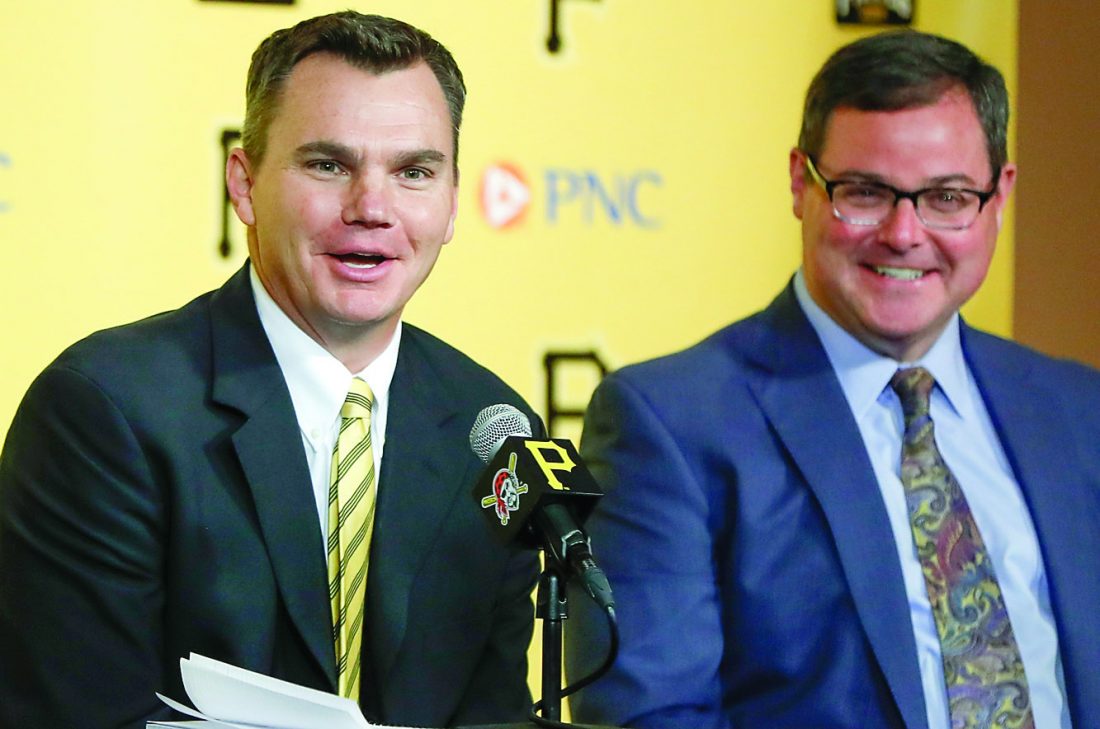 The Curve were supposed to open their 22nd season tonight at Peoples Natural Gas Field, and it was supposed to be a season that would answer a couple of big questions going forward.

Now, it’s quite possible there won’t even be a minor league baseball season, making for potentially another sports casualty of the coronavirus.

Whenever the Curve do get to play again — this year or next — the two big questions will remain:

No. 1. With the Pirates firing Neal Huntington and hiring a new general manager, Ben Cherington, what type of players — young, old or a mix — will the new GM want to make up the bulk of the Curve roster?

No. 2. Will Cherington and the Pirates continue to place a strong emphasis on winning at the Double-A level?

These are fascinating ideological questions that will play a big role in determining what you, the fans, will be seeing at PNG Field in the coming years.

I talked with Cherington last week about these issues. He gave a lot of good answers, which I’ll share in a bit.

But let me say right up front that baseball is on the verge of undergoing some of the most radical changes in the sport’s history — some coronavirus related, others from minor league contraction possibilities — that, quite frankly, even the best-laid plans of any GM right now could turn out to be way off base when the sport does return to normal.

Former Pirate GMs Cam Bonifay and Dave Littlefield signed a bunch of older minor league free agents to help fill out Curve rosters in the early years, most notably the franchise’s most recognizable name, Adam Hyzdu, who was 27 when he joined the club in 1999.

The Curve had some good years, too, during that era, including reaching the playoffs four straight years from 2003-06.

To Huntington’s credit, the best thing he did was win with age-appropriate players in Double-A, meaning primarily 21- to 23-year-olds and not a lot of older free agents. The Curve thrived, won two EL titles (2010 and ’17) and fans got to see young stars on their way up.

Which route will Cherington go? It sounds as if he’ll continue with Huntingdon’s philosophy of staying younger.

“We want the team filled with players who are in the sweet spot of their development by being in Double-A,” Cherington said.

“More often you’re going to get a team full of guys in their low 20s. … It’s not wanting to be younger or older, it’s wanting players who really benefit from being at that particular level.”

That is wonderful to hear. Yes, the Curve won a lot in the early 2000s with older players, and yes, the Hyzdu story is phenomenal. But the belief here is the Double-A level should be made up primarily of younger guys on their way up, while Triple-A is the holding spot for older guys.

Will the Curve win?

We are so spoiled in Altoona, which I’ve written about many times in the past. The Curve have made the playoffs nine times, won two Eastern League titles and been in postseason contention numerous other times in their first 21 seasons.

This is not normal in minor league baseball, and Curve fans need to understand that. For many organizations — the Nationals, Orioles, Tigers and Red Sox come to mind in the EL — winning and competing for championships in Double-A just doesn’t matter much.

So, does Cherington want to win at this level?

“Winning and development are not mutually exclusive,” the GM said.

“The mindset ought to be at (game time) every night the team is fully prepared to win. … I do believe there’s benefit to players playing on a team and an environment where winning is happening.”

Cherington went a little more in depth with regards to how game situations may play out, and it sounds as if development will take precedence over matchup advantages on occasion.

“There are also certain things that we’re not going to do in terms of shortcuts to reach that outcome (of winning),” he said. “There’s going to be times when a particular player really needs to experience something in order to grow and keep developing, and we need to make sure the player keeps experiencing that, whether it’s an at-bat in a certain situation or make a defensive play or pitch in a certain situation.”

All of that really is what Double-A should be about — prospects getting all the experiences they can get. To be fair to Huntingdon, he and his development staff insisted on those things in the minors, as well, and the good prospects still found ways to win at a high level.

There is, however, the manager aspect of all this. The Pirates fired Michael Ryan at the end of last season despite him having great success with the Curve — including two playoff berths in three years and the 2017 EL title — and that sent a mixed message because Ryan not only was successful, he also made sure to focus on prospects getting in their work.

“I think wins and losses is a slippery way to evaluate a manager,” said Cherington, although not speaking specifically about Ryan, “because a manager’s roster is largely delivered to him, almost no matter what level.

“The manager’s job is really to influence behavior and performance. It’s to create an environment where every player on the roster is learning, is continuing to get better and ultimately performing at the highest level that they’re capable of. … I don’t think that, certainly at the minor league level, wins and losses should be the primary evaluating tool of the manager.”

Like I said earlier, we’ve been spoiled in Altoona because we’ve seen the best of both worlds for the past decade. The Curve have won, and they’ve done so while being led by younger prospects.

It sounds as if Cherington plans to continue both philosophies.