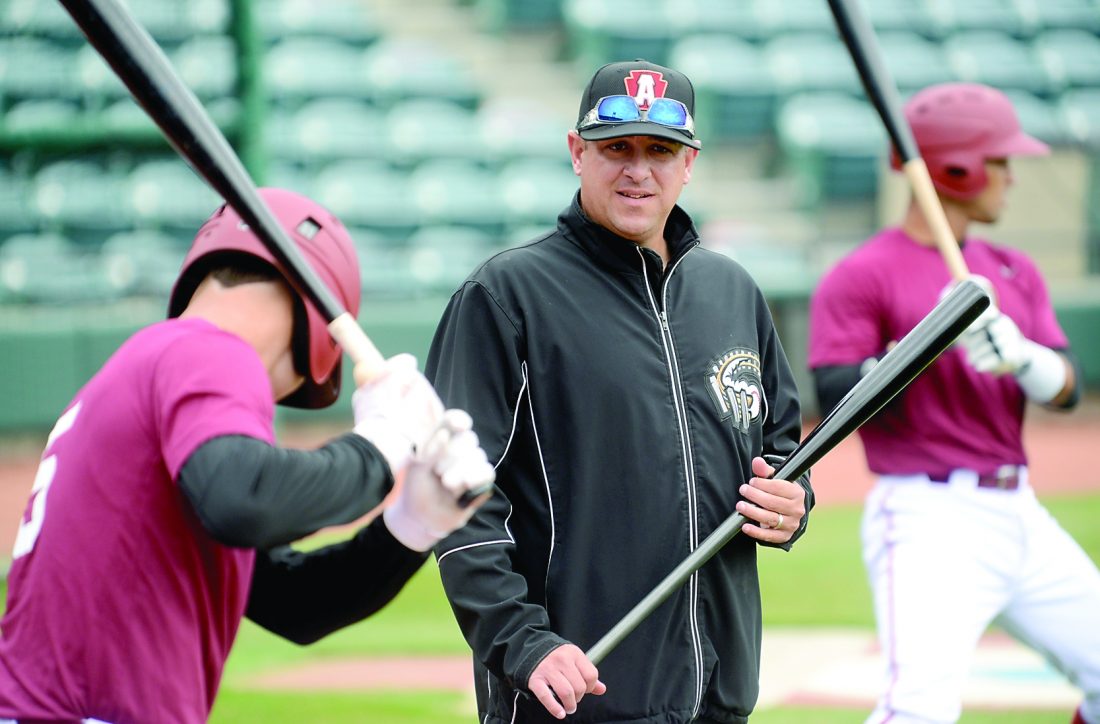 “They’re not bringing me back,” Ryan, the most successful manager in Curve history, said shortly after he was fired by the Pirates.

He wasn’t really told when he got the phone call from Pirates player development director Larry Broadway.

“I wasn’t even aware that my job was in jeopardy,” Ryan said. “I don’t know what to say right now. I’m just sort of confused.”

The news was stunning because, by all accounts and every baseball source the Mirror has spoken to about Ryan during his three-year tenure, he was universally respected as a minor league manager.

When news of his firing broke Tuesday afternoon, social media was filled with supportive fans and industry insiders who were shocked by the announcement.

“They just said there would be more details later on,” Ryan said of what the Pirates told him about their decision. “They just wanted to make sure I knew right away.”

The Pirates, Ryan added, never told him much of anything when it came to job performance.

“No, I’ve been told that ‘you did a good job, this is what you need to improve on,’ and I’d take pride the next year trying to improve on those things,” Ryan said. “I’ve never been told a plan or what they had in store for me.”

Ryan just went about doing his job as a manager in the Pirates’ minor league system for seven years, won more than 500 games and two league titles, yet didn’t get much feedback or communication from his bosses.

His bosses fired him Tuesday, and in an ironic twist, gave Ryan the indication it’s because he didn’t communicate certain things well to his players.

“There are some things as far as relaying the Pirate culture and the different off-the-field things I could have done better at as far as meetings and things they want done,” Ryan said.

Asked to try and explain that further, he said, “Just changing the culture of what a Pirate is, what we expect out of each player, I could have done a better job is what I was told.”

Broadway released a statement to the media about the Pirates’ decision.

“We have informed Michael Ryan that he would not be managing in Altoona for the 2020 season, and discussed other potential non-managing roles in the organization with him,” Broadway said. “Michael is exploring opportunities with other organizations and we support his efforts. We appreciate Michael’s efforts and who he is as a person and wish him well.”

Ryan said he has “a passion for managing” and added he strives to be a major league coach or manager or a major league coordinator. It’s unclear what other roles the Pirates may have offered him, and Broadway would not provide specifics when asked for details of why he was removed as manager.

Ryan, a native of nearby Indiana, Pa., who now lives in Pittsburgh, began his managerial career at low-A West Virginia in 2013. He won a Florida State League (high-A) championship in 2016, then came up to the Curve in 2017 and led the franchise to its second Eastern League title.

He guided the Curve back to the playoffs in 2018, and this year’s team wrapped up its season Monday with a 69-71 record. The club featured none of the Pirates top-ranked prospects for most of the season — until highly rated shortstop Oneil Cruz came on board late — yet Ryan guided a team filled with marginal prospects and Double-A veterans to a respectable season, including having the division’s best overall record after 88 games (49-39).

Ryan set the franchise record for career wins by a manager a few weeks ago and compiled a 221-197 mark in his three years with the Curve. Last week he reached the 500-win milestone for his career and has an overall record of 501-466.

Ryan did acknowledge, “I could have done a better job this year” when asked to evaluate himself.

Former major league player and coach Jon Nunnally served as the hitting coach on Ryan’s staff this season, and he heaped praise on the manager just two weeks ago.

Nunnally also offered this when asked if Ryan can manage in the major leagues someday:

“Oh, for sure. For sure. That’s one thing I will 100 percent say, this guy has what it takes to manage in the big leagues.”

Ryan is the second Curve manager to be fired after winning an EL title (in his case two years later). Matt Walbeck led the club to the 2010 championship and was fired shortly after that season because the Pirates had issues with his style and personality.

There were never any red flags with Ryan, the way there were with Walbeck in 2010, that would indicate the Pirates would want to let him go. Sources told the Mirror that the Pirates were interested in promoting Ryan to be the manager at Triple-A Indianapolis prior to last year, but he decided to stay in Altoona so he could be close to his family.

Ryan did not criticize the Pirates over their decision to fire him. He bleeds black and gold as a lifelong fan of the Pirates, Steelers and Penguins and has never uttered one word criticizing the Bucs’ way of doing things.

“The Pirates gave me the opportunity (to manage),” he said. “I’m thankful to the organization and what they’ve done for me as far as the opportunity growing me and turning me into a man and better father and husband.”

As for what’s next in his career, Ryan said, “I don’t know. I’m told I’m free to go wherever I would like. Hopefully my name gets out there and what I’ve done in the past.”

Ryan spoke glowingly at every turn about being the Curve manager, calling it his dream job in the minor leagues because it allowed him to stay close to his family. He and his wife live in Pittsburgh with their two young sons, and he got to see the boys frequently throughout the the season, a luxury afforded to very few minor league managers because they’re spread all over the country.

In turn, Curve officials have had nothing but positive things to say about Ryan over the past three years.

“I have learned so much from Michael, and he’s not only been a manager, but he has become a great friend, as well,” Curve general manager Derek Martin said.

“Just seeing how he can always get the best performance out of the players he manages, he’s just dynamic in how he can control a room and get the best out of everyone. To me, he did a phenomenal job for us.”