Altoona board must come together 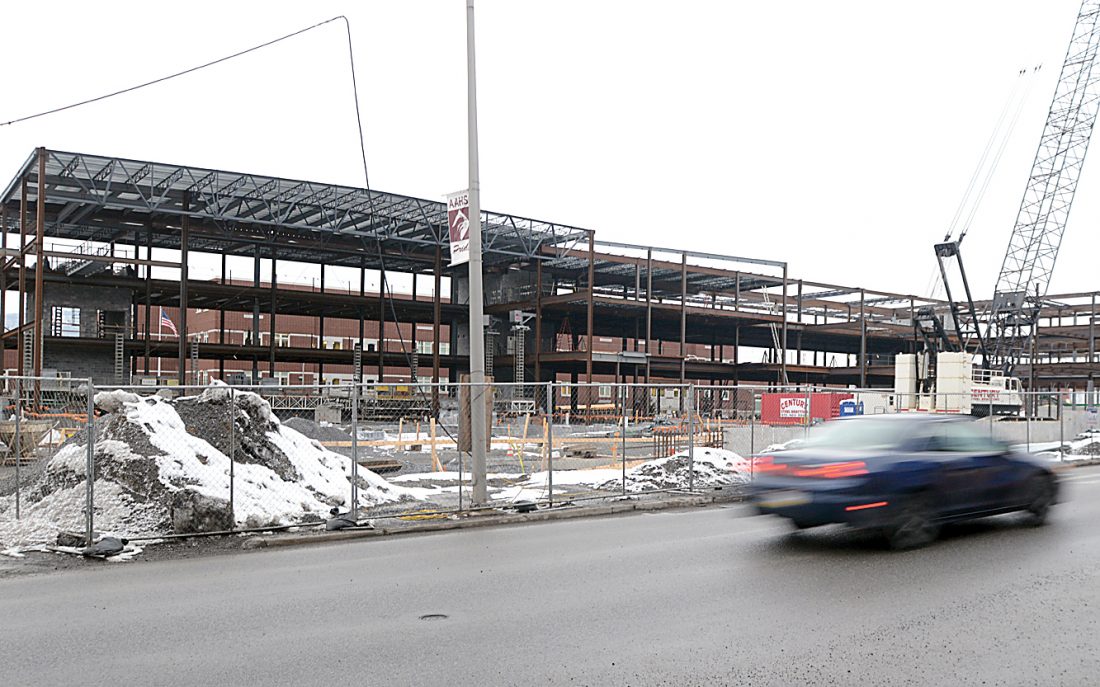 I am writing this after seeing and hearing so much misinformation about the Altoona Area High School project.

I served on the Altoona school board for 44 years. I have always had the best interests of the community in mind and wish to share some of the facts as I know them.

In spring of 2013, the board voted to close two elementary schools, Wright and Washington & Jefferson. It was a 7-2 vote, and I was a no vote.

As a result, 1,200 students flooded the remaining eight elementary schools. Closets and storage areas were repurposed into classrooms, offices and remedial learning spaces. Libraries and large group rooms were downsized or removed to make classrooms. Most art and music rooms disappeared.

In 2014, with the help of Don Devorris and Penn State Altoona, Superintendent Tom Otto tried to correct the overcrowding by reopening Wright Elementary. The cost would have been minimal because Wright was still grandfathered under the city and state’s earlier code regulations.

The board rejected the plan and kicked the can down the road.

In 2015, Superintendent John Kopicki also identified overcrowding as a problem. Kopicki and the board hired KCBA Architects to conduct a district-wide study meant to evaluate our facilities and prioritize our objectives.

The study concluded that although every school in the district needed some repair or maintenance, the worst of these facilities, by far, was the high school. The B building failed the evaluation in every single category.

Also, due to sitting vacant for three years, we discovered that Wright no longer qualified for any code grandfathering and would cost approximately $19 million to reopen.

Shortly after the study completed, the PA Department of Education announced the end of the PlanCon program. The program would close indefinitely, to be reevaluated by the state. It is 2019, and PlanCon has still not been replaced. If we would not have submitted our project when we did, we would have lost

In its study, KCBA recommended that we remodel or replace the high school. The high school had the highest level of need and affected all children in the district.

This included the idea of creating enough space to move the ninth grade to the high school and sixth grade to the junior high, alleviating some of the congestion problem on the elementary level.

Prijatelj immediately tasked our administration with developing curriculum goals for the high school and coordinating them with the proposed building layout. Every room would have a purpose, aligned with our curriculum.

Prijatelj and the board also decided to remove the district administrative offices from the plans for the project. If included, these offices would have cost $4.5 million and would have been ineligible for PlanCon reimbursement. The board felt that it could save taxpayers money by simply buying an existing office space and renovating it.

Because the board felt that the area could not afford an elementary option at this time, board President John Donley motioned to suspend that portion of the project indefinitely, reducing our total need by $23 million.

Finally, we had to take a hard look at the high school options offered in the study. We compared the pros and cons of each option during a public meeting. Building a completely new high school seemed unrealistic for our budget at $142 million.

Renovating A & B, simply to bring them to code, offered no significant educational advantages and did not include space to move ninth grade to the high school.

The option that made the most sense came in three parts.

This option would cost $88 million to complete.

To create an additional level of comfort, we even hired Tower Engineering, a Pittsburgh firm with no connections to anyone in the area, to give us an unbiased second opinion and insure that we were going in the right direction.

Tower agreed with most of the KCBA findings. It also said that if we switched architects at this time, we would have to build a school 25 percent smaller, just to break even, and we would lose the $15 million in PlanCon funding.

In spring of 2018, after my retirement, the board voted to put the building project out for bid. I was present for this meeting and was thankful the motion passed. I’ve also read that the project bids came in at $1.5 million under budget.

Doing nothing was never a realistic option.

Heating, plumbing and electrical systems were failing in both buildings. Some classrooms were 40 degrees last winter. The smell of urine floated through the second floor of B building, due to pipes deteriorating inside the concrete. The company that made the electrical breakers went out of business over 50 years ago.

Had we chosen to renovate, a majority of the cost would have gone toward fixing problems instead of creating modern, educational spaces.

In addition, our teachers and students would have lost classrooms because 50 percent of the classrooms in B building did not meet the state’s minimum size requirement and would need expanded.

In February, the board voted to purchase the Investment Savings Bank building for $710,000.

Even including some reasonable level of renovation, the amount is still a lot less than $4.5 million. The property came with a beautiful building and 50-plus parking spaces.

I think it was a steal.

When we voted to build the junior high, it was by a 5-4 vote. Some of us felt that it would have been more costly to renovate and abate our existing buildings. Others did not.

After the vote, the board moved past their differences and continued working toward the best interests of the community.

There is no reason this board couldn’t do the same.

These are the facts. This is why I support the project.

Lockard served the Altoona Area School Board for 44 years, retiring in 2018. He resides in Altoona.

The Federal Drug Administration has declared the practice of vaping a national epidemic, and I agree. As a ...

Do you like living in a world with doctors, engineers, entrepreneurs and artists? We wouldn’t have any of these ...

Appreciation worth a day to celebrate

Today is Valentine’s Day. And while most of the thoughts of love and affection on this day are of the romantic ...

Impeachment meant to be rare

The impeachment experience provided a civics lesson opportunity. Media reporting did not do justice to that ...