BELLWOOD — Antis Township supervisors recently voted to exercise a $148,000 purchase option on 92 acres between Lower Riggles Gap Road and northern Juniata — land to host the southernmost portion of a trail the township wants to build from Bellwood to Altoona. It is Phase 3 of a project ... 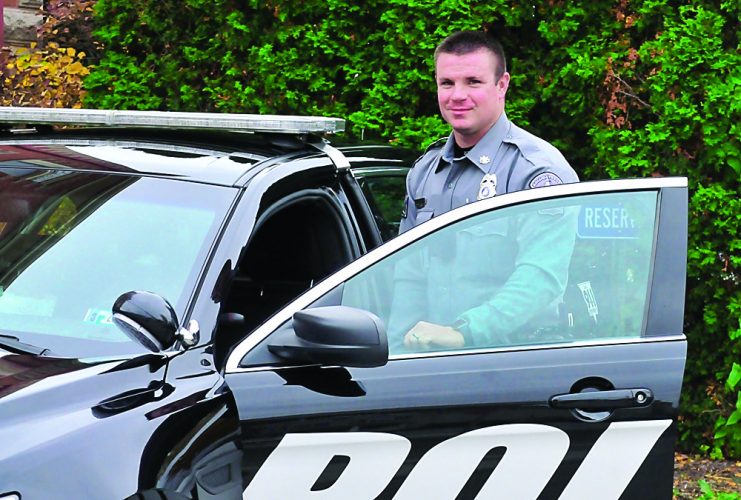 This fall, the PA DUI Association recognized about 70 police officers across Pennsylvania as “top guns” when it comes to catching impaired drivers. Hollidaysburg Borough Police Officer Richard Oldham, who made 46 DUI arrests last year, was one of only 23 municipal police officers selected ...

HARRISBURG –— Two grants awarded by the state Department of Conservation and Natural Resources will help protect local water quality and prevent run-off pollution, according to state Sen. Judy Ward, R-Blair. A $50,000 award to the Western Pennsylvania Conservancy will support the ... 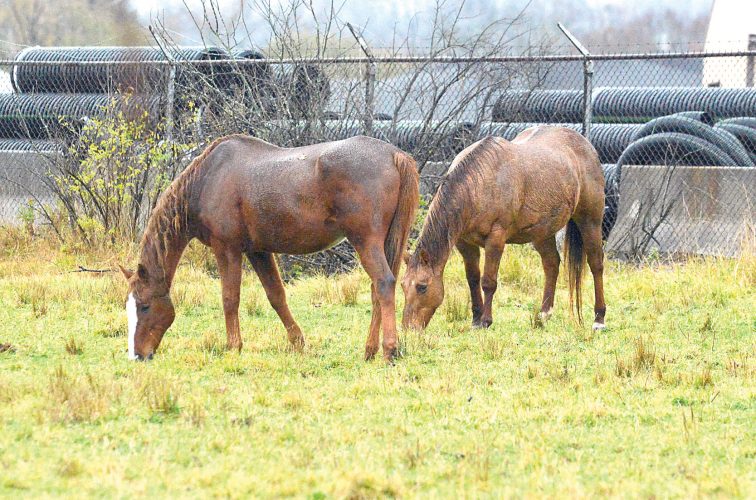 A pair of horses graze on the Frank Farm on Bel Aire Road in Hollidaysburg on Thursday afternoon. Mirror photo by Patrick Waksmunski

STATE COLLEGE — When Kendra Aucker, CEO of Lewisburg’s Evangelical Community Hospital, first learned about the pervasiveness of sex trafficking along the Route 15 corridor where her hospital is located, she was shocked enough to order all 2,000 hospital employees to undergo training so they ... 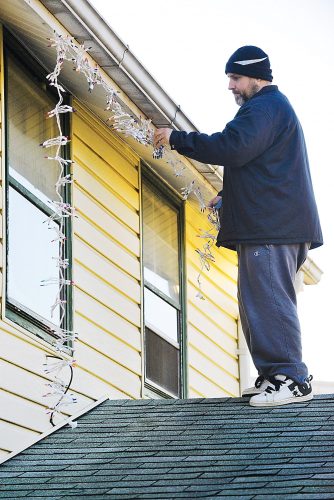 Blair County Judge Timothy M. Sullivan has vacated a long prison term for an Altoona man who was convicted two years ago of robbery, but who went to trial not knowing the possible sentence that faced him upon conviction. The defendant, Nicholas Todd Kruge, 31, is presently serving a 15 -30 ...

Antis Township supervisors rejected the single bid they received recently to remove a boney pile on land that could become part of a proposed trail from Bellwood to Juniata. Instead, supervisors applied for state help that could include payment of all costs and handling of administration ...

HOLLIDAYSBURG — A Duncansville area woman with a limited role in a heroin sale leading to the fatal overdose of a 46-year-old Hollidaysburg man has rendered guilty pleas to criminal charges in exchange for a minimum time-served incarceration to a maximum of two years, minus a day. Erin Lynn ...

The following Veterans Day programs are planned: - First United Methodist Church of Hollidaysburg will have a Celebration of Veterans Service at 10 a.m. today at the Hollidaysburg Area Senior High School Auditorium. The special service will include the Chancel Choir, the high school’s ...

One can never pray too much

As we get closer to celebrating turkey day, I imagine many of you will be offering up a prayer of Thanksgiving on the special day, giving thanks for all that is good in your life. I’ll just add that to my already long and growing list of prayers between me and the good guys upstairs. If ... 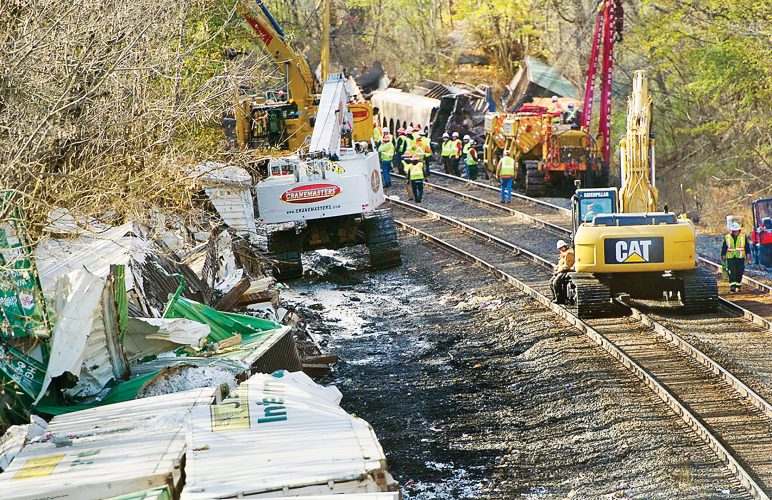 A city man is charged with felony forgery and misdemeanor theft charges after Altoona police say he used a bogus $100 bill to buy pizza. Jacob E. Parrish, 28, of Altoona allegedly used a bill marked “For motion picture use only” to pay a Domino’s pizza delivery driver for an $18.09 ...

An Altoona man who state police said had heroin and methamphetamine in his pickup truck is due to appear in court Tuesday. William J. Smith, 51, was stopped by state police at 1:30 a.m. Sunday at South Seventh Street and Grant Avenue because of an alleged tail light violation. When Smith was ...

EBENSBURG — Area residents are being warned about a phone scam targeting Penelec customers. State Rep. Frank Burns, D-Johnstown, said he was notified that scammers are calling Penelec customers telling them that they are behind on their bills and that if immediate payment isn’t made on ...

Charges against an Altoona man accused of choking his girlfriend after an argument have been dropped. Blair County prosecutors dropped charges of felony strangulation and misdemeanor simple assault against 33-year-old Christian M. McIntire on Oct. 30 when McIntire appeared at Central Court ...