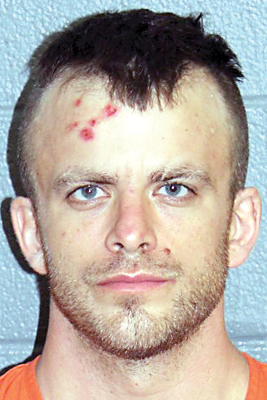 Alexander Deluca, 29, of Altoona and Trevor Latchford, 31, of Tyrone are behind bars after an incident Thursday in which Altoona police allege the two men held a gun to a man before Deluca beat him with a pool cue.

According to the charges, Deluca started messaging the man, a friend for several years, who told police he had been to Deluca’s home “hundreds of times,” on Thursday afternoon, demanding he come see him or he would send “ugly people to bring you to me.”

Police said the alleged victim didn’t know why Deluca was upset and tried to call Deluca several times, but Deluca wouldn’t answer the phone. Text messages to Deluca from the man didn’t provide any indication as to why Deluca was upset, so the man stopped by Deluca’s house at 2000 Third Ave. about 10 p.m.

The man told police that once inside, Deluca screamed at the man and accused him of “scoping his residence so other people could rob him,” according to the charges. The man told police that Deluca was acting erratic and that he tried to calm him down, telling him he wanted Deluca to explain what he was talking about and why he was acting like that.

Police said Deluca pulled a handgun from his waistband and pointed it at him, as did Latchford. At one point, the man turned away from the pair and told them if they were going to shoot him, they would have to shoot him in the back. 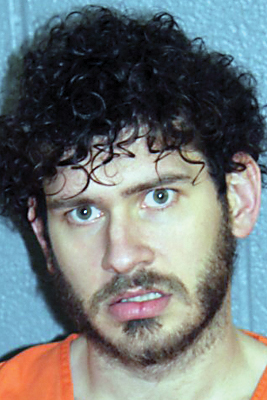 “There is nothing stopping both of us from blowing you away,” Deluca allegedly told the man. “This needs to be dealt with tonight.”

Latchford allegedly moved around to the man’s left side and pointed the barrel of the gun within inches of his chest and used the gun to turn the man around to face them.

It was then Deluca started striking the man about the face and head with a pool cue, leaving a 4-inch gash on his forehead. The man later told police he was bleeding so profusely he had trouble seeing.

Police said Deluca broke the pool cue in the attack, and after the man pleaded for him to stop because they had been friends, Deluca pointed the gun and fired at him after telling him to “shut up, you are being too loud,” police said.

The man told police he grabbed a cellphone that was on the floor because he thought it was his and ran from the house. After he got outside and tried to access it, he realized it was Deluca’s phone.

Police said the alleged victim said he hesitated to call police because of “the code of the streets” and the stigma and retaliation that can come from cooperating with police. He decided to report it out of concern for his family, police said.

While officers were talking to the alleged victim, Deluca allegedly sent text messages to the man, with one of them stating, “Cops kiss your boo boo for ya?”

The man was subsequently taken to UPMC Altoona for medical treatment, police said.