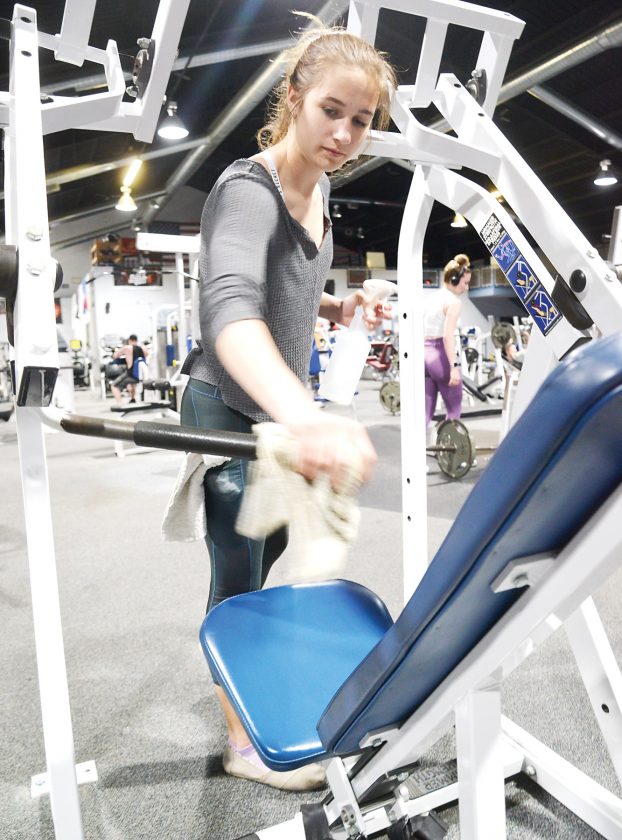 An Altoona gym owner said he is taking a stand by reopening his business despite Gov. Tom Wolf’s order while other gyms say they will stay closed out of caution.

But Blair County District Attorney Pete Weeks said, “I’m not sure noncompliance with the governor’s order is a crime,” Weeks said. “Criminalizing that behavior without legislation sounds unconstitutional.”

Gorilla House Gym, 3200 Fairway Drive, opened Friday and has already generated two citations, one Friday by Altoona code enforcement and one of Saturday by Altoona police.

“No one allowed us to do this,” Ray Ross, who along with his wife, Angela, owns and operates the business. “We did this on our own. We just decided to do it. We didn’t ask permission to do it. We just did it, and we’re going to keep doing it. Someone had to take a stand. Enough is enough.”

Meanwhile in East Freedom, at Tame Your Mane Hair and Styling Salon, owner Julie Potter said she made the decision to open May 1 since it was 40 days after her last day the salon was open on March 23. 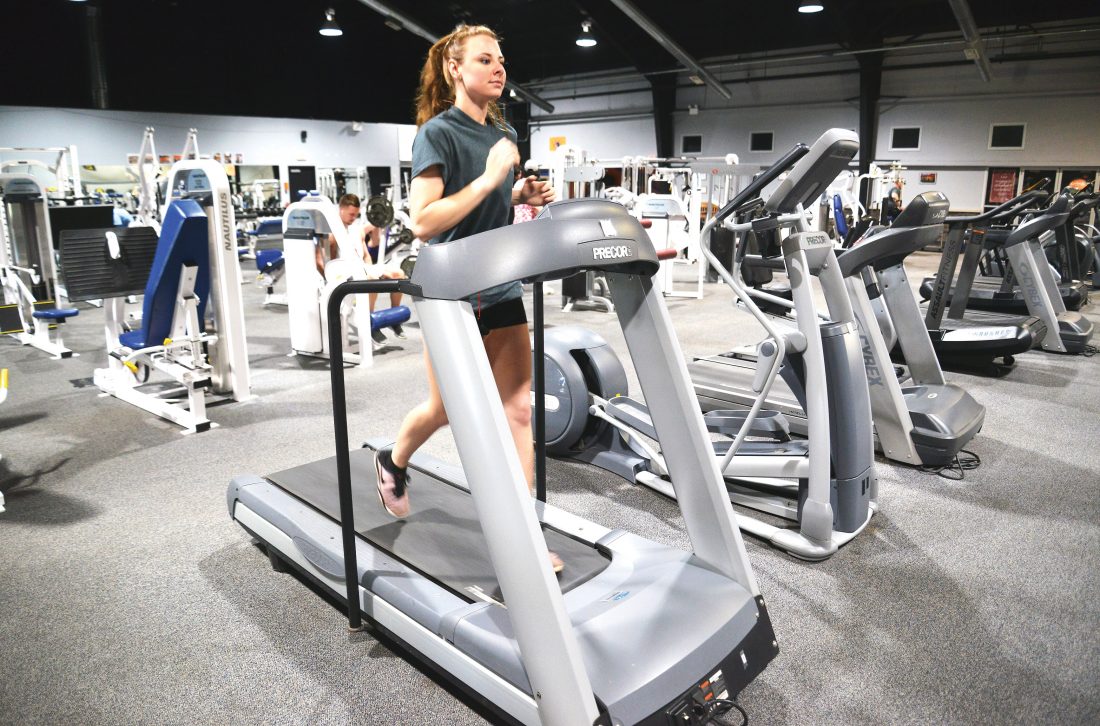 Mirror photo by Patrick Waksmunski / Elisha Matier of Beccaria runs on a treadmill at Gorilla House Gym in Altoona on Monday afternoon.

Potter said this year is the 25th anniversary of the salon and it was not only heartbreaking to be closed, but financially disastrous.

“It’s sink or swim,” Potter said Monday. She pointed out 75 percent of the test for a state cosmetology license is related to sanitation, so she questioned how people can be free to go to big-box stores but not patronize a small business where cleanliness is a daily routine.

Gorilla House Gym owners, their families and staff spent two weeks giving the gym a deep cleaning along with painting and resurfacing its track. They spent four days just on the equipment, Ross said.

They didn’t post on social media that the gym was opening and instead sent out an email to about 800 of the gym’s members. Part of that was to outline added protocols, such as wiping down equipment before and after use with disinfectant spray and promoting social distancing while working out and using equipment.

“We don’t want people right on top of each other,” he said, pointing out the gym affords people plenty of space.

Ross said the gym has curtailed some of its offerings, such as classes, and said it also made sure they have enough cleaning and sanitary supplies on hand.

On Monday afternoon, it was like any other day before the COVID-19 closure, Ross said as members worked out on the gym’s main floor with its 30-foot ceiling.

“People are coming in, thanking us for doing it,” said Ross. “The amount of support we’ve had for people wanting to come in is insane.”

Ross said Wolf’s disclosure on Friday that Blair County would not be on the list of counties moving from red to yellow status in the three-step reopening scheme was one of the factors in deciding to open, along with the fact the gym is his family’s livelihood.

“The governor keeps pushing back the opening day, and it’s pretty obvious this has turned political. Nurses are being laid off, and the hospitals are not overrun,” Ross said.

Both Ross and his wife served in the U.S. Marine Corps, and Ross was in law enforcement before they opened the gym in Altoona five years ago. They also have a location in Huntingdon County that also opened. Staying closed at this point goes against everything they have served to protect, he said. Since the closure, they’ve lost about 100 members in Altoona alone.

Ross said he’ll fight the citations issued by the city’s code enforcement and police, citations he said carry a fine between $10 and $50 each. Ross said he would have hoped that other gyms in the area would have contacted him instead of reporting him for being opened.

“There was no reason to do this,” he said.

Chris Glunt, general manager of The Summit Athletic Club, said he didn’t want to mention any specific gyms or “badmouth” anyone but said he and other gym owners in Blair County that he spoke with about reopening agreed for the safety of their staff, customers and the community, they were staying closed and following the governor’s order.

While closed, the club is unable to charge dues, so automatic payments with April weren’t drafted, Glunt noted. The closure has meant layoffs and uncertainty with the business seeking relief through disaster loans.

Glunt stressed that every small business is hurting right now, but he said the health of the community and members is also something to be taken seriously.

Of Wolf’s closure order, Tame Your Mane’s Potter said, “I can’t sell shampoo, but Walmart can sell shampoo?” To accommodate social distancing guidelines, the salon isn’t being booked to full capacity, she said, and masks are being used by staff with face shields available to anyone who requests them. The salon was thoroughly cleaned before the reopening, and extra sanitizing procedures and products have been implemented.

Potter stressed she is not forcing anyone to come through her door and she has encouraged other salons to open as well. She fears some will never reopen because they can’t weather the financial storm of staying closed.

With salons under the licensing of the state Department of State, Potter said she has not yet had any problems with the State Board of Cosmetology.

“I’ll have to let the cards lie where they may,” she said, adding it has come down to the fact that it is either lose her license or lose her business and having a license means nothing if she has no salon.

Ultimately, Potter said she researched the governor’s order and can find no law that says she must remain closed. She said it’s a matter of standing up for her rights and the U.S. Constitution.

The Freedom Township Police Department posted on social media on Friday to specifically address business’ opening despite the shutdown order, emphasizing that while not granting permission and also discouraging nonessential businesses from reopening, the department would not be taking any action to enforce the governor’s order.

District Attorney Weeks said he’s reached out to both the state Department of Health and State about their enforcement of the order, particularly with businesses that are licensed through those departments and was told the state wants the order enforced at the local level.

hasn’t prohibited any officers from filing citations over the order.

Weeks said he’s not an expert on infectious disease and he is not suggesting COVID-19 isn’t serious, but it also doesn’t mean the Constitution is suspended and suggested the state has less restrictive ways to enforce the order. He said he doesn’t doubt Wolf is acting in what he thinks is everyone’s best interest, but the Legislature was not part of these decisions, either.

Weeks added that in a time when convicted criminals are being released from prison, it doesn’t make sense to be prosecuting otherwise law-abiding citizens who are trying to pay their bills.

“To be prosecuting someone for a crime, I think it has to be clear-cut it’s a crime,” Weeks said.

Replace monuments with signs of peace