During the opening of Laguna Splash at DelGrosso’s Park, Mila DelGrosso, 3, tries out the new activity pool with a Leaning Tower of Pisa water feature. Mirror file photo 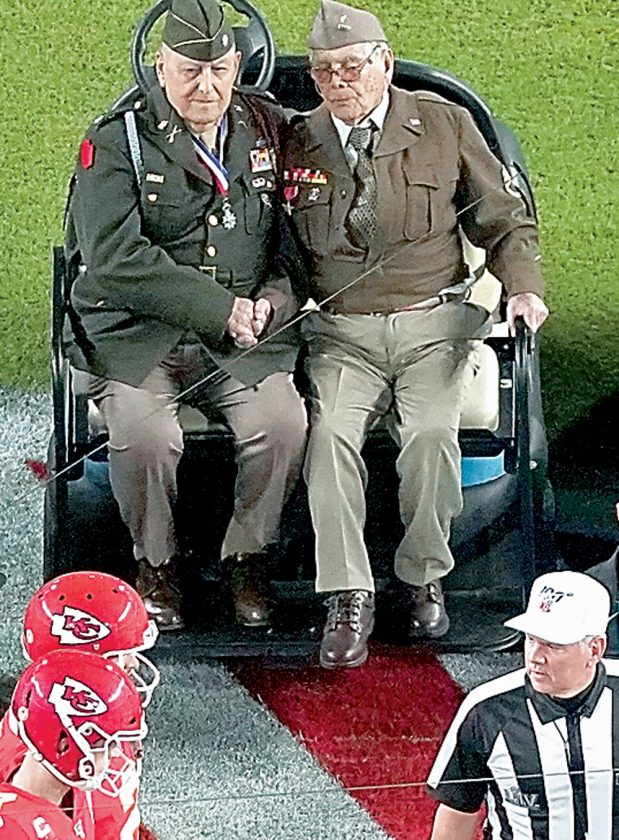 Now retired, Army Lt. Col. Lombardo led more than 300 people of the Fort Walton Beach Chamber of Commerce in the Pledge of Allegiance early Friday. He has also received phone calls and handwritten letters from people across the nation requesting his autographed photo.

“It was an outstanding experience. They couldn’t have done more for us,” he said of the NFL.

Lombardo, who attended the game with his son, Mark Lombardo, 69, of Pensacola, Fla., enjoyed a “picture perfect view of the field” from the commissioner’s private booth at mid-field. “I stayed to the very end of the game,” Samuel Lombardo said, as he watched the Kansas City Chiefs defeat the San Francisco 49ers for the NFL championship title.

Other honorees left early, enabling the Lombardos to enjoy an extended conversation with NFL Commissioner Roger Goodell and his family. 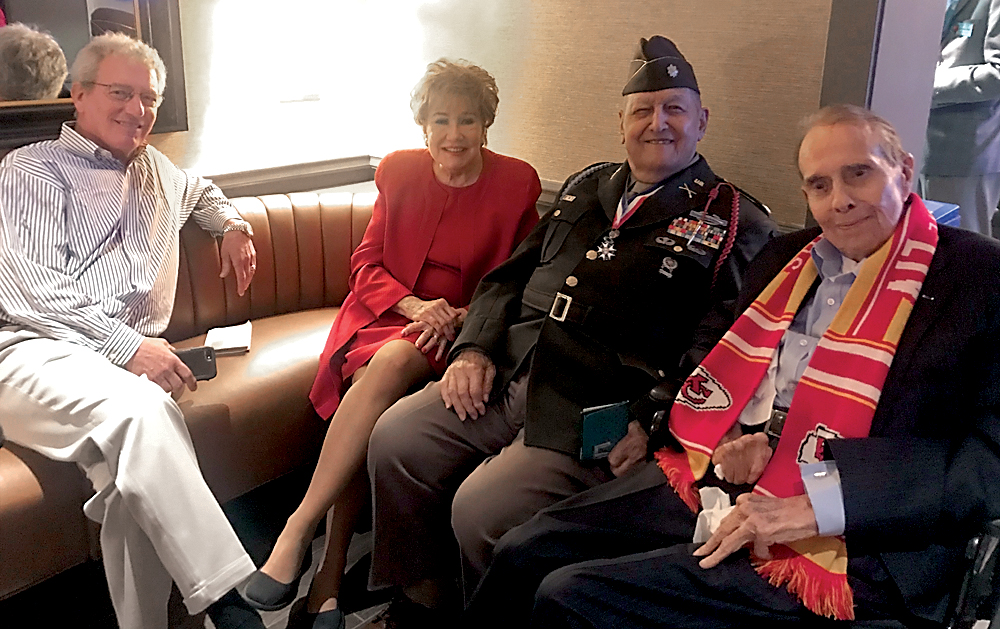 The elder Lombardo said his only regret was that fellow honoree Staff Sgt. Odon Cardenas wasn’t comfortable in the cart that transported the men onto the field.

“I felt compelled to hold onto him. I felt bad I couldn’t wave to the crowd,” Samuel Lombardo said.

The kindness shown by his father to a fellow serviceman is typical, Mark Lombardo said. “He felt he had to take care of this man and keep him safe.”

“I was privileged to be able play a role in helping to bring much-deserved honor and recognition to Lt.Col. Lombardo,” said Holly Rotondi, executive director of Friends of the National World War II Memorial. “This was the culmination of six months of effort by the group, with the support of WWII veteran and Pro Football Hall of Fame Coach Marv Levy, to encourage the NFL and its teams to commemorate the 75th anniversary of World War II and to honor our Greatest Generation.” 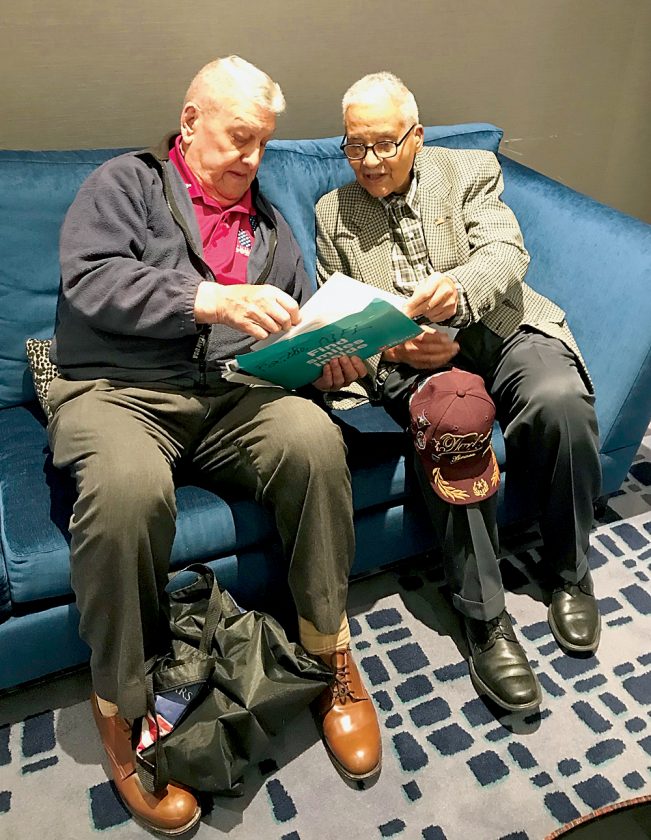 Lombardo served in World War II, Korea and Vietnam for his adopted country. As a 9-year-old, Lombardo immigrated to Altoona in 1929 with his mother and two sisters to join his father, Peter, a stone mason with the Pennsylvania Railroad.

The Lombardos enjoyed “first-class” service during their entire three-day stay.

“I hugged him and told him it was so nice to sit next to another Army man among all these airmen,” Samuel Lombardo said in a phone call Friday.

Samuel Lombardo recalled landing at Ellis Island and his father telling him, “to learn the English language as fast as you can and to abide by all the laws of our new home.”

Peter Lombardo, according to Mark Lombardo, left Italy and “indentured” himself with the PRR to escape fascism. His railroad work brought the family to the Juniata Gap section of Altoona, where Samuel lived. Samuel attended school until the ninth grade, and while he enjoyed learning and playing football, he left to help support his family. He apprenticed himself to his father for $4 a day.

Samuel Lombardo enlisted on Nov. 11, 1939, with the 110th Infantry Regiment, 28th Division, Pennsylvania National Guard as a private. He attended night school to earn his high school diploma and was commissioned as an officer on July 14, 1942, at Fort Benning, Ga. He then went on to serve with the 99th Infantry Division as rifle platoon leader and company executive officer during the Battle of the Bulge, Remagen Bridgehead, Ruhr Pocket and Central European campaigns.

Under combat conditions, Lombardo and his men made an American flag with whatever materials they could find. It took the men approximately two and a half months to complete, as they reached the Danube River. The 99th Division’s “Old Glory” was the first American flag to cross the Remagen Bridge during the war, and it is now on display at the National Infantry Museum at Fort Benning.

Lombardo also received a Silver Star and Bronze Star with valor for his heroic actions during WWII.

“I wouldn’t change my boyhood for anything in this world,” Samuel Lombardo said. “I lived in the woods and learned all about the forest growing up in Juniata Gap. I felt at home in the woods. That’s what really helped me in combat. I knew how to navigate the German terrain from all my time spent in the woods.”

It’s been about 50 years since Samuel Lombardo tramped the local forests. The family moved to California as the sunny weather and the wealth of Hollywood celebrities offered greater employment opportunities for an artisan stone mason.

Samuel said his mother suffered from “sinus issues” and the warmer climate improved her health, too.

“I love Pennsylvania — it’s the birthplace of our great nation — and if it wasn’t for the climate, I would still be there. I love all the great people there,” Samuel said.