US loses about 20 vets to suicide each day 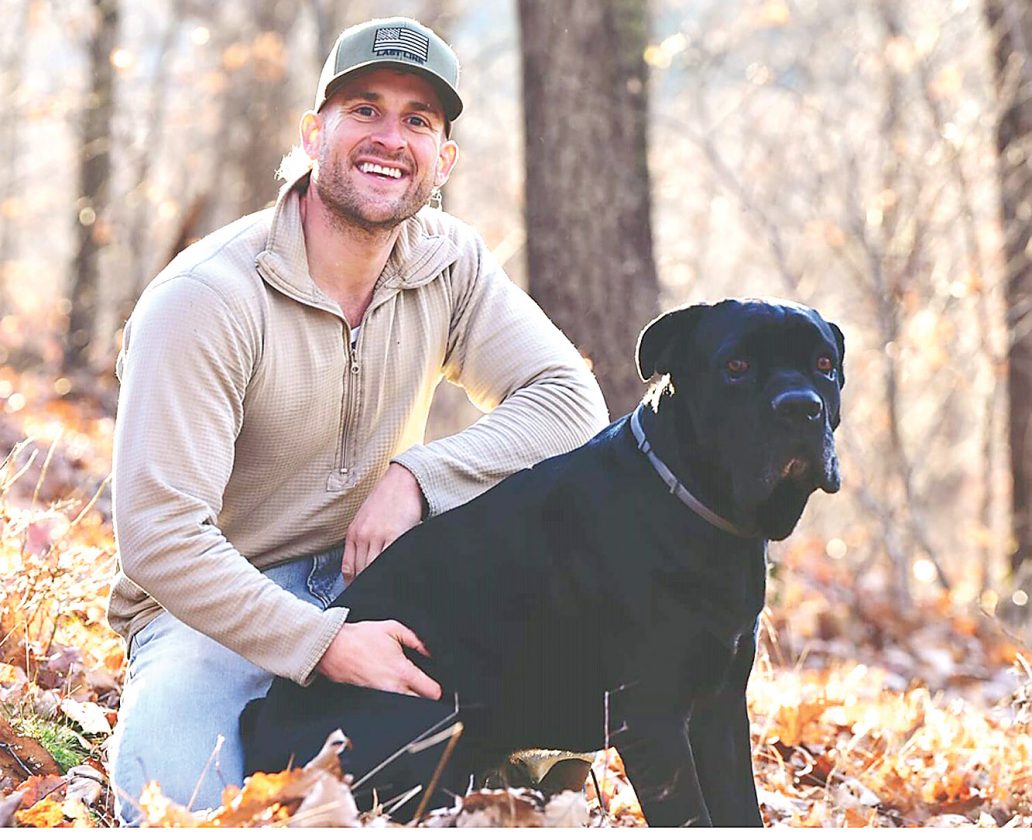 Photo for the Mirror by Samantha Weitzel Ryan Decker, founder of Last Line, a nonprofit started to support and benefit veterans, relaxes with his dog, Bubba. Decker, of Everett, is an Air Force veteran.

BEDFORD — Air Force veteran Ryan Decker is preparing to lace up his boots and walk 22 miles to draw awareness to the number of veterans who die by suicide in America each day.

On Saturday morning, Decker will start walking in Everett — where he lives — and travel back roads to end his walk in Roaring Spring.

He estimates that the journey will take about nine hours and he invites anyone who wants to support veterans to join him — rain, shine or even snow. He said he plans to do a lot of thinking along the way.

“I am not raising money; this is for very personal reasons,” Decker, 31, explained. “It’s about putting yourself through something mentally and physically to raise awareness for this cause. (Suicide) affects a lot of people, and people don’t talk about it.”

In recent years, the suicide rate for veterans was 1.5 times that of non-veteran adults, according to a summary on veteran suicide by the Veterans Administration. Though the number fluctuates each year, the U.S. loses about 20 veterans to suicide each day.

Decker, who sought treatment for post-traumatic stress disorder and anxiety in the past, plans to carry a 22-pound backpack to emphasize the mental stressors that veterans carry in their daily lives.

“A lot of guys with PTSD and anxiety problems feel like that — that they are literally weighed down by depression,” Decker said. “My depression was nowhere near as bad as what some men and women are going through, so I need to finish my mission for them.”

He said veterans face a number of challenges when they return from overseas. They may find it difficult to reintegrate into everyday life and that can negatively affect their family and community, he said.

“It’s a different world (overseas) and you come back seeing the world differently,” he said. “You have had life experiences that other people couldn’t possibly understand, so it’s very tough for those men and women.”

To help them, Decker recently opened Last Line, a nonprofit that will give veterans an opportunity to decompress and heal through nature.

Money raised through the sale of apparel at Decker’s store in Bedford will fund the completion of three tiny homes on his family’s 250-acre farm in Fulton County. Decker recently received the blueprints for the homes, which he hopes will provide a quiet retreat for veterans and their families.

He plans to start construction this spring and complete what he describes as his “life goal.”

The offerings may one day include woodworking workshops, outdoor activities and therapy sessions.

“It’s going to be completely free, including food and activities, because I want it to be stress-free for them,” Decker said. “I want it to be a very special experience.”