Some blame deer farms, others find fault with dumpsters and scavengers

When Pennsylvania Game Commission officials visited Hollidaysburg to talk with the public about its plan to contain chronic wasting disease, they admitted there is no scientific answer to explain why the disease is spreading in this area and not others.

It didn’t take long for the crowd to blame deer farms. The first case in Pennsylvania was identified in 2012 on a deer farm, and a few people in the crowd made generalized complaints about deer farm regulations.

Rep. Jim Gregory, R-Hollidaysburg, was in the crowd last week and responded to that topic later in the night.

He said he visited a deer farm last week in Harrisburg. He learned that all deer farms are required to be in a CWD surveillance program and there has never been an escaped deer that tested positive for CWD.

There are 23 deer farms in Blair County and 35 in Bedford County.

Two farms in each county are currently quarantined because deer have tested positive on those farms, according to the Department of Agriculture. Quarantines last five years.

“Devastation is only one test away,” said deer farmer Allen Richard of Buffalo Mills, Bedford County. Like all deer farmers, Richard’s deer are tested regularly. He has never had an infected deer.

“There have been positives (in wild deer) to the south, north, east, west. I’m right in the middle of it, but I have not had a positive.”

CWD is known to spread by bodily fluids of deer including saliva and urine. The disease stays alive in vegetation and soil and is concentrated in certain organs of deer, which the Game Commission considers “high-risk” parts.

But the Game Commission also acknowledges that at least one study says avian scavengers will consume animal parts that contain infectious prions. When a crow, for example, passes those prions, it might increase the transmission rate, but to what extent is unknown.

With CWD growing in leaps and bounds each year, Richard is especially concerned with the Game Commission’s decision to collect deer carcasses in dumpsters that are unsheilded from scavengers.

One such dumpster was about a mile and a half away from his farm, “as the crow flies,” he said.

“It’s creating a biohazard. It’s a simple, easy vector to transfer CWD to any deer farm,” he said.

He breeds deer and stocks his own private hunting facility. He cringes to think birds can fly over and drop the disease into his fields.

When CWD is found on a farm, the Department of Agriculture gives an ultimatum: depopulate or accept a quarantine for five years or a buyout negotiation.

“There were hundreds of deer in this dumpster. I don’t have a problem with them doing the collecting,” he said. “But they need to do a better job of keeping animals out of them.” He suggested they modify the dumpsters with a lid.

Richard called to have the dumpster removed, and it was removed after about three months of sitting full of deer parts.

There were 18 of those dumpsters in Blair and Bedford counties, the Game Commission confirmed. Their placement is timed to coincide with the deer hunting seasons, October through mid-January.

Blair County is in a “Disease Management Area,” which means chronic wasting disease is here and deer hunted from here should not leave this area, according to the Game Commission.

The Game Commission has placed courtesy dumpsters at various places in the DMA to give hunters an opportunity to leave the high-risk parts behind after a hunt, because if a hunter wants to transport the deer out of the disease management area, they have to take it to a processor within the area or dress it in the field to remove the high-risk parts, including the spinal cord, spleen and eyes — the organ which crows especially like to feed on.

In addition, when these dumpsters are out, wardens may use them to dispose of road-killed deer verses taking them to a landfill or an internal dumpster.

The dumpsters are concentrated in the western half of the DMA, said Game Commission biologist Justin Vreeland, who is the regional wildlife manager for Blair, Bedford and Fulton counties.

“It is true they are also uncovered,” he said. “We devised a covering system with limited success. Bears lift them; people leave them open. It’s cumbersome,” he said. “And it is true scavengers get in. The best we can do is spread copious amounts of lime on the carcasses to deter them. Most material is supposed to be put in trash bags by hunters. But that is not always the case.”

To his knowledge, there is only one study published that confirms prions can remain infectious after ingested by crows.

“Most scavengers eat meat and a glob of meat would not contain many infected prions. But yes, eyeballs, we know crows, preferentially eat those and those are high in infected prions.”

“In general, we are looking at a prevalence rate, or infection rate, of CWD in deer populations in Blair, Bedford and Fulton counties of approximately 4.5%,” Vreeland said.

So there’s about a 4.5 percent chance in that dumpster that a scavenger consumes a deer part from an infected deer. According to Vreeland, there’s a smaller chance that it consumes a part with a high concentration of prions. “It’s not zero. It’s just extremely low,” he said, though he admitted that crows prefer to eat eyeballs.

Vreeland maintains there is a greater danger of spreading the disease deer to deer through urine, mucus and saliva and vegetation contaminated by feces.

But those bodily fluids contain such a small amount of the prions that no test on live deer is yet possible. Only tests of the brain tissue or other tissue can confirm a positive. But if small amounts in deer saliva can spread the disease, then crows certainly could, Richard believes.

But scavengers jumping in those dumpsters or eating a CWD-infected road-killed deer can still travel far, farther than deer at least.

One scientific paper Richard keeps close was published in 2013 by agencies including the U.S. Department of Agriculture.

That paper summarized several studies and concluded that crows could ingest infectious prion material while scavenging on CWD-contaminated carrion and spread infectious material in their feces to CWD-free areas.

“A host of other pathogenic agents, such as avian influenza virus, have been shown to be transported considerable distances by birds,” the paper states.

And using the Game Commission’s own maps of the CWD spread from the south, Richard said, “you can follow the spread of CWD. It goes straight up the Appalachia mountains from West Virginia to Maryland to Pennsylvania. But deer travel in a circle. Rarely do they migrate in a straight line,” he said. “But I can tell you what does travel in a straight line.”

Most birds’ migration is north to south and the Appalachian Mountains are extremely important for all birds, including crows, Vreeland said.

He agreed with Richard at least on that.

“But deer also, well, they don’t migrate, but they disperse in the spring and the fall. And there have been numerous studies showing deer travel mountain ridges. Males go in a straight line on average 5 miles and 10 miles,” he said.

Females also disperse, but when they go, they tend to go in circuitous routes.

“Sure, a deer in West Virginia is unlikely to move 120 miles straight up north to Pennsylvania, but it could move about 5 to 10 miles and infect a deer. And that deer moves 5 to 10 miles. So it spreads in dramatic leaps and bounds, like a creeping wildfire as individuals get infected and spread out.”

“Deer farms have a vested interest to blame wild deer and other external factors. And no one is denying those are possible. But deer farms exchange animals constantly. There are 1,000 deer farms in Pennsylvania. They are moving animals 30 at a time and they are moving them farther distances than a deer would normally travel. They move them across North America. It’s likely how CWD got east of the Mississippi (after it was first found in Colorado in 1967). It does not spontaneously show up. It moves in the back of a truck,” he said.

But deer farms aren’t spreading deer into the wild. They have to stay within a facility.

“An escaped deer has never tested positive for CWD. Representative Gregory was correct about that. But it does not mean they are not out there. … Statewide we encounter a handful — three to four deer — that were previously tagged by deer farms. Occasionally outside of hunting seasons, our staff will observe a tagged deer and take it down immediately,” Vreeland said.

How CWD gets into deer farms is not certain.

“We’ve done some genetic tracing and can pinpoint where the deer come from in a few instances, but there isn’t clarity on this issue and more research is needed,” USDA spokeswoman Shannon Powers said. “Next week, we’ll be putting out a call for research to help us better understand the disease and how it progresses, in order to help curb its spread.”

Some people at the meeting last week challenged the panel aggressively, especially on why the commission did not act quickly when the first case in Pennsylvania was found in 2012.

Matthew Schnupp, who was appointed director of the Bureau of Wildlife Management only last year, answered, “We wish we would have dealt with it more aggressively before, but hindsight is 20/20.” 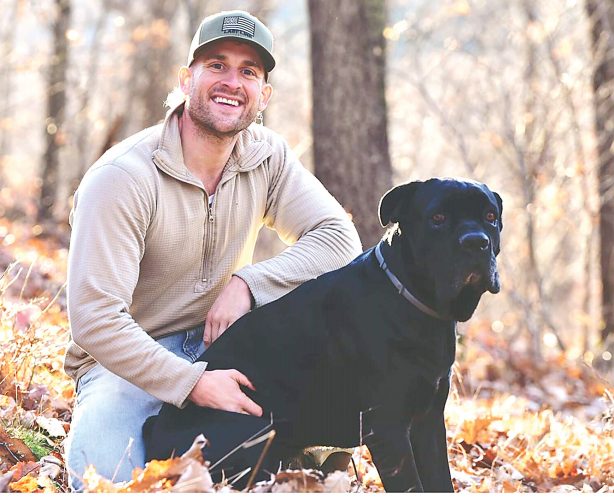 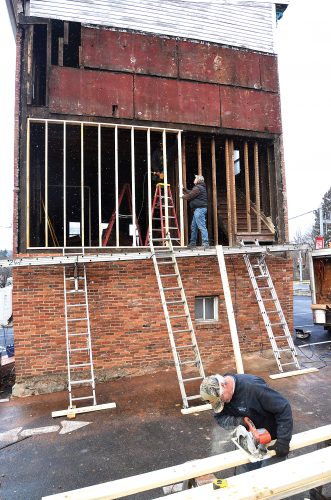