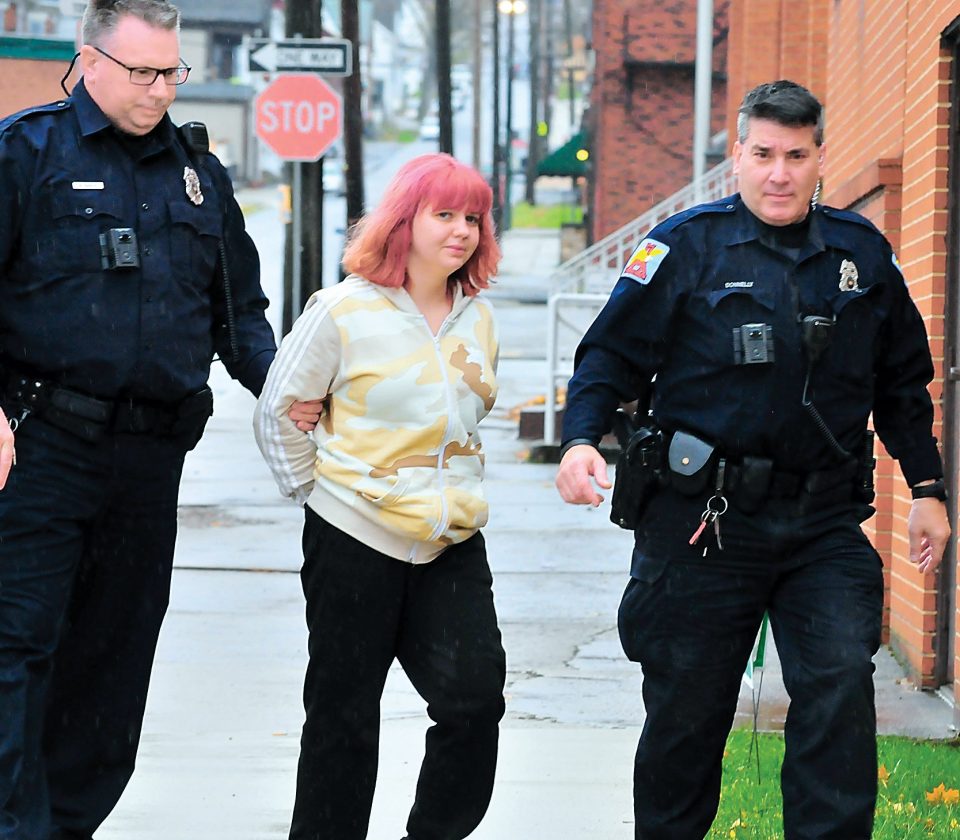 An armed robbery suspect in Altoona is recovering from two bullet wounds police said were self-inflicted and caused by just one bullet.

Police said 20-year-old Draven Bush shot himself in hip with a 9 mm handgun as he ran from the alley on the 800 block of Second Avenue after he robbed a man who was lured to Altoona under the auspices of meeting a woman, according to Altoona police.

The bullet passed through Bush’s leg, exited his thigh, and because he was running, it then pierced the back of his calf, traveled through his shin bone and came out the front of his calf, police said.

Bush, along with 18-year-old Bri Seville, is accused of luring a man to Altoona on Wednesday night and then robbing him of his wallet.

The man had given Seville, Bush and an unidentified male a ride. When the men were getting out of the vehicle, they allegedly robbed the driver. 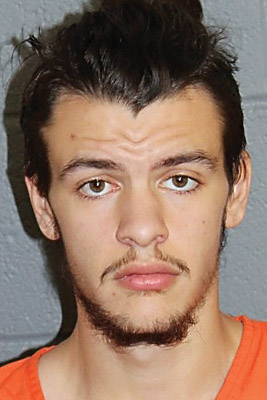 Altoona police Sgt. Matthew Plummer pointed out the gun used in the robbery was stolen a week ago from an unlocked vehicle in Altoona.

“Here, you have an example of what can happen when you leave a loaded handgun in an unlocked vehicle,” Plummer said, adding there has been a rash of gun thefts from unlocked vehicles this year. The stolen guns not only are used to commit crimes and end up in the hands of people inexperienced with firearms, he said.

According to the charges filed in the case, police responded about 10 p.m. to the 800 block of Second Avenue for a report of gunshot victim.

Conflicting stories from those involved followed as one witness claimed he was walking with Bush through the Second Avenue Alley when a car pulled up and he heard a gunshot. The witness, who is not charged with any crime, initially told police he ran and took cover behind a parked car and then heard Bush say, “Bro, I’m hit.”

Police said surveillance footage from a nearby business didn’t match the story, and when asked again, the witness admitted that Bush had shot himself. The witness said he and Bush had plans to meet up about 10 p.m., and when he showed up at the Second Avenue Alley near 10th Street, Bush told him that he and another man had just robbed a guy.

“You just robbed a guy right there and we’re standing here,” the witness told Bush, according to his statement to police. The two then started to run, when the witness heard the sound of a gunshot and then Bush making his “Bro, I’m hit,” remark.

The witness told police he helped Bush walk to 800 Second Avenue, because the witness knew someone who lived in an apartment in that building. It was there that they called 911 and where the witness stashed the 9 mm handgun Bush allegedly used in the robbery.

When Bush was questioned at UPMC Altoona’s emergency room, he allegedly told police the same initial story of a drive-by shooting, but when investigators told him his friend’s story didn’t match what he was saying, Bush stopped talking to police.

Seville, who was also at UPMC Altoona, claimed she and the man who drove to Altoona to meet her were planning on having dinner, but she wanted to give her two friends a ride home.

Seville contended she was robbed of her cellphone by Bush and another male, and police noted she had called 911 to report a robbery just before the 911 call came in about the shooting.

Seville, who turned 18 in July, sobbed as Magisterial District Judge Daniel DeAntonio arraigned her Thursday afternoon on charges that include felony conspiracy to commit robbery and misdemeanor theft. Seville told the judge she was unemployed, dropped out of high school after the 11th grade and currently takes medication for mental health issues that include bipolar disorder, depression and anxiety.

She also talked about her drug use and told DeAntonio she has been through drug treatment and needs to go back again. When asked by the judge what drugs she uses, Seville said, “It’s anything.”

“I’ve been chasing her around since she was a teenage runaway, and I’m afraid she’s going to die if she doesn’t get herself under control,” Emswiler told the court.

“I don’t do stupid stuff like this when I’m not on drugs,” Seville said. “I was clean for like a year. I don’t know why I’m here. I didn’t take anything from anyone.”

DeAntonio set Seville’s bail at $40,000 cash and she was taken to Blair County Prison to await her preliminary hearing on Nov. 20.

Bush was released from the hospital late in the afternoon. and he remains in jail in lieu of $100,000 cash bail. Bush is facing felony counts of conspiracy to robbery, receiving stolen property and firearms not to be carried without a license, misdemeanor charges of theft by unlawful taking, simple assault and recklessly endangering another person as well as a local charge of discharge of a firearm.

Police are continuing their investigation.

Options abound to give seniors ability to age in place