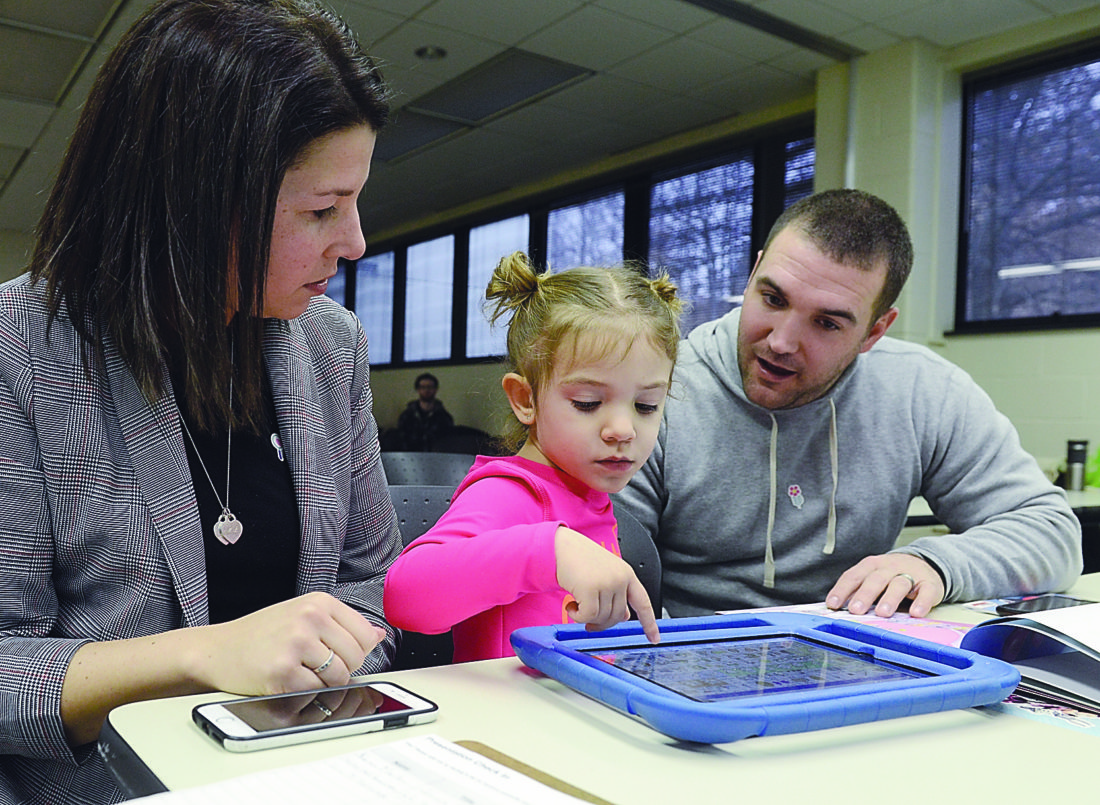 As her parents Anita and Matthew Young watch, Mia Young, 4, of Huntingdon begins working on the new communication device she received on Monday from Variety Children’s Charity at the Appalachia Intermediate Unit 8 offices in Altoona. “A device has given us hope, and we would love for Mia to always have this opportunity to talk and showcase her cognitive ability,” Anita Young said of the device that she called a dream come true for the family. Mirror photo by Gary M. Baranec

Mia Young, 4, of Huntingdon, doesn’t speak. She received a new communication device — a voice that she will have at all times. It’s an iPad installed with a prescribed communication app.

Such devices are not covered under insurance plans because iPads are typically not restricted to communication use only, said Charles LaVallee, CEO of Variety Children’s Charity.

“We want to show the efficacy of this model so that in the long run, what we are hoping is that it can be covered through insurance or the state Department of Education.”

Variety, the Pittsburgh-based children’s charity, partnered with the Appalachia Intermediate Unit 8 team in Altoona to provide adaptive equipment to 12 local children with disabilities, including Mia, who attends therapy sessions with speech pathologists at the intermediate unit.

On Monday at the Inter­me­diate Unit executive offices, the charity presented two adaptive bikes, two adaptive strollers and eight communication de­vic­es — all together, $16,200 worth of adaptive equipment. 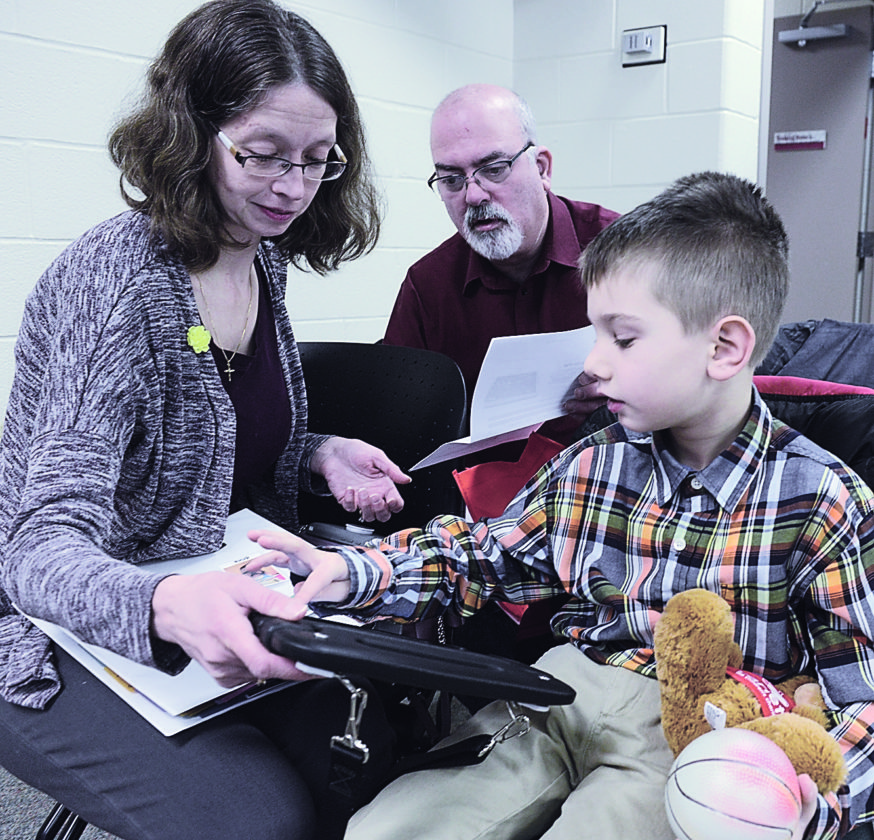 Mia began trying a communication device in the spring, and it has been a catalyst for her understanding how to communicate.

Now she has her own.

“One day, Mia showed us on her device how to spell her first name and last name without any prompting,” Young said. “We were shocked because we had no idea she knew that.”

Over the years, Variety has provided more than $300,000 worth of adaptive equipment to children in the four counties of Interme­diate Unit 8.

Young said at first she and her husband, Matt, were worried that Mia would become dependent on the specialized app to communicate. However, if it is used with a plan developed by intermediate unit speech pathologists, the device gives her hope that someday she will speak with her own voice, Young said.

“A device has given us hope, and we would love for Mia to always have this opportunity to talk and showcase her cognitive ability,” Young said. “She has many obstacles, but having a device makes life at home and school a little easier.”

Miles Rice of Altoona became emotional when he described how the communication device has transformed the life of his 8-year-old son, Nathaniel Kifer.

“His whole world is opening up,” he said.

Families can apply online to receive a piece of equipment through Variety. LaVallee said the charity’s income eligibility is wide and includes working families.

“The cost of an adaptive van is more than a mortgage. Often families with kids with special needs have costs that can be so high,” he said.

For more information on Variety Children’s Charity or to apply for a piece of equipment, visit www.varietypittsburgh.org.