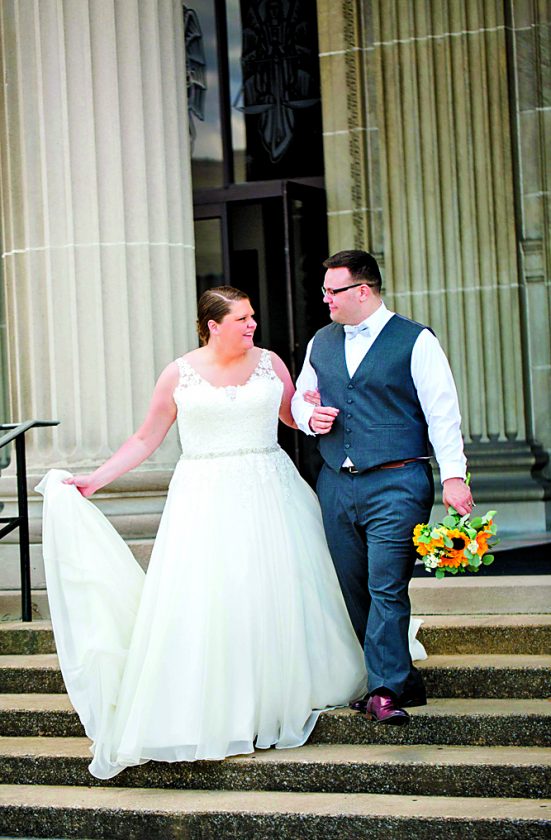 The bride is the daughter of Greg and Lori Lanzendorfer of Altoona.

The bridegroom is the son of John and Judy Negri Jr. of Altoona.

The Rev. Julia Piper and the Rev. Richard Creamer performed the double-ring ceremony.

The bride was given in marriage by her father, Greg, and grandfather, Thomas Hurliman.

Kaitlyn Lersch was maid of honor.

Hope Garten was the flower girl.

Tyler Negri, brother of the groom, served as best man.

Fordham Floyd was the ring bearer.

The reception was held at the Jaffa Shrine Center, Altoona.

The rehearsal dinner was held at Zach’s Sports and Spirits.

Mrs. Negri is a 2011 graduate of Altoona Area High School and received a bachelor of science degree in secondary social studies education from Indiana University of Pennsylvania in 2015.

She is a social studies teacher for the Altoona Area School District.

Mr. Negri is a 2011 graduate of Altoona Area High School and received a bachelor of science degree in accounting and finance from Indiana University of Pennsylvania in 2015.

He is an accountant with Sickler Tarpey & Associates.

The couple reside in Altoona.

Gesture of kindness deserves thank you