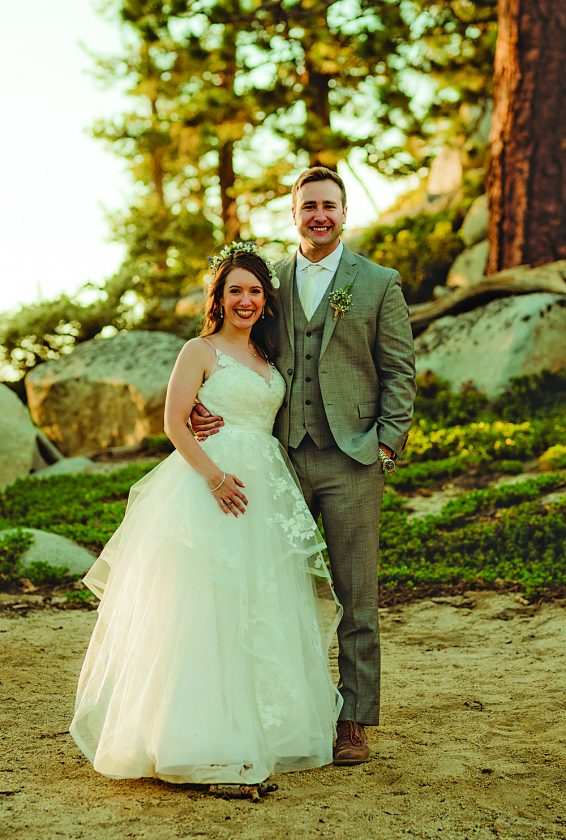 The bride is the daughter of Timothy and Joanne Mitchell of Altoona.

The bridegroom is the son of the late Patrick Smith, who had lived in Reno, Nev., and Linda Smith of Minneapolis.

Kaitlyn Mitchell, sister of the bride, was maid of honor.

Hadley Sanford was the flower girl.

Aaron Smith, brother of the groom, served as best man.

Cole Sanford was the ring bearer,

The reception was held at Lakeview Lodge at Heavenly Mountain Resort.

The couple took a wedding trip to Napa County, California.

They live in Chicago.

Mrs. Smith is a 2009 graduate of Altoona Area High School and received a bachelor of science degree in meteorology from Penn State University, University Park, in 2013.

She is director of analytics at Aon, Chicago.

He is an ERM consulting director at CNA Insurance, Chicago.