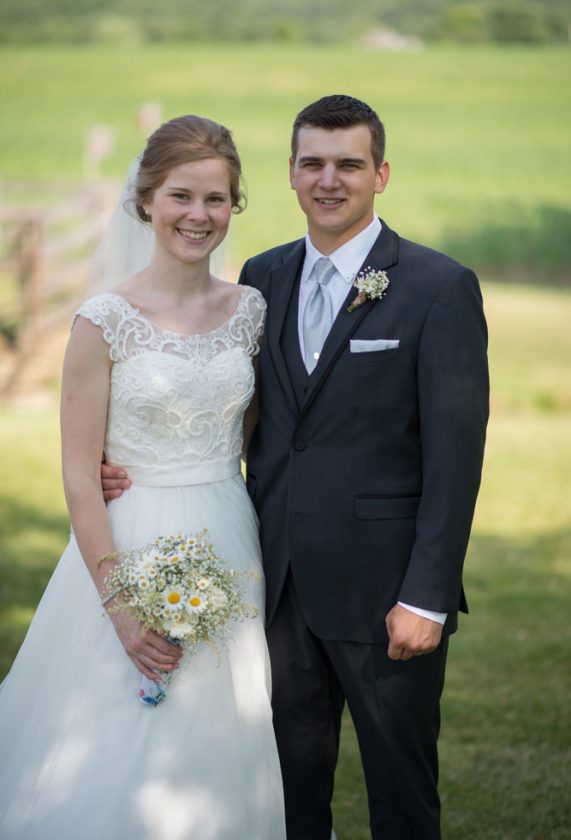 Laura Ritchey and Logan Williams were united in marriage at 3 p.m. June 22, 2019, at Woodbury Church of the Brethren.

The bride is the daughter of Thomas and Cindy Ritchey. She is the granddaughter of Dale and Susan Hoover and Evelyn and the late Paul Ritchey Jr.

The bridegroom is the son of Michael and Lesly Williams. He is the grandson of Jeanie and the late Richard Byrnes, Sandra Burket and Charles and Gwendolyn Williams.

Alexa Ritchey was matron of honor.

The reception was held at Morrisons Cove Memorial Park, Martinsburg.

The rehearsal dinner was held at The Bistro, Martins-burg.

The couple took a wedding trip to Adirondack State Park in New York.

They live in Martinsburg.

Mrs. Williams is a 2014 graduate of Central High School, Martinsburg; and a 2018 graduate of Penn State University, University Park, with a bachelor of arts degree in communications/public relations with a minor in business and honors in agricultural and extension education.

She is communications specialist at Premier Select Sires Inc., Tunkhannock.

Mr. Williams is a 2016 graduate of Central High School.

He is a fiber optics specialist at Williams Technology, Martinsburg.