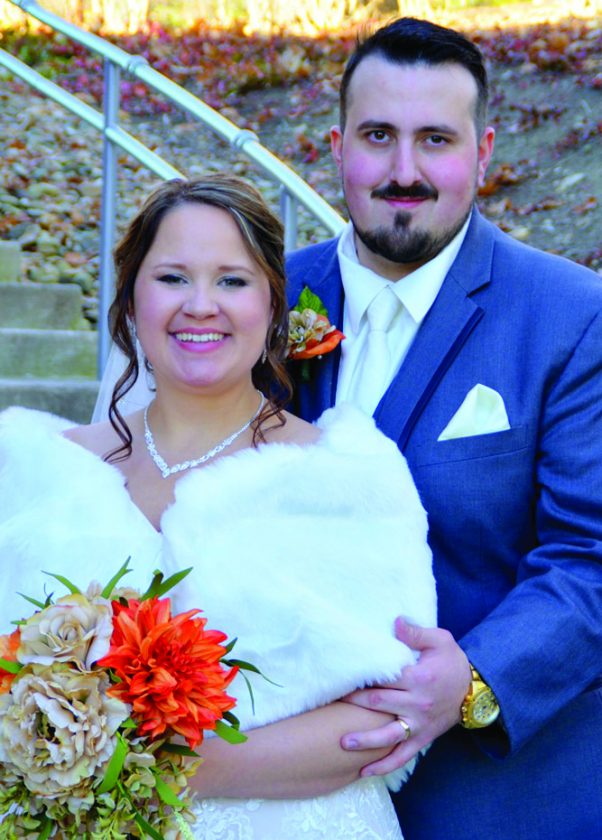 Clorisa Trexler and Anthony Dionisio were united in marriage at 1 p.m. Nov. 16 at the Edith Davis Eve Memorial Chapel at Penn State Altoona.

The bride is the daughter of Brian and Cecelia Trexler of Claysburg.

The bridegroom is the son of Kevin and Pamela Dionisio of Hollidaysburg.

The pianist was David Wright.

Breanne Brown was the flower girl.

Thomas “Peanut” Ross and Greyson Trexler were the ring bearers.

The reception was held at the Duncansville Veterans of Foreign Wars Post.

The couple honeymooned to Tennessee.

They live in East Freedom.

Mrs. Dionisio is a 2010 graduate of Claysburg-Kimmel High School and a 2012 graduate of Pittsburgh Technical College. She also earned her certification as a nurse’s assistant.

She is a certified nursing assistant at Garvey Manor, Hollidaysburg.

He is a cook at Garvey Manor.