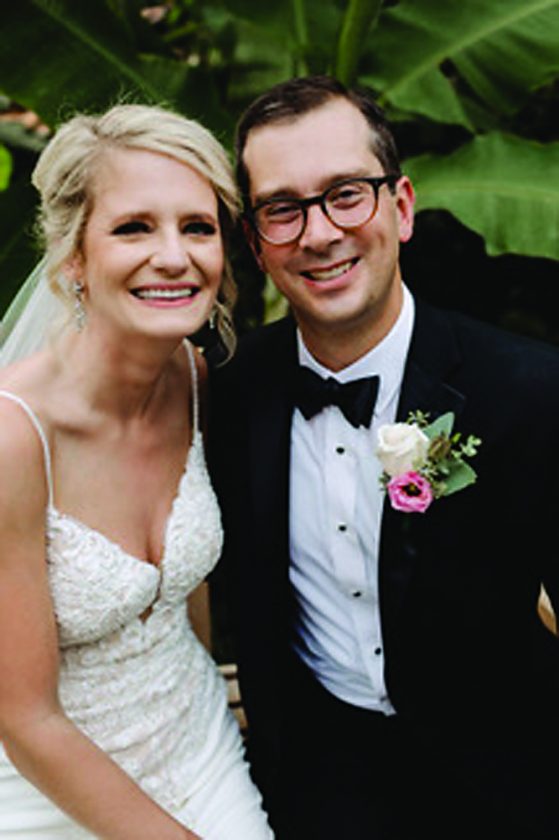 The bridegroom is the son of John and Linda Wilson of North Bethesda, Md., formerly of Duncans-ville.

The bride is the daughter of John and Heidi Downey of Roanoke, Ind.

Reader was Colin Downey. Music was provided by the Bluewater Kings String Trio.

Chelsea Williams was maid of honor.

Charley Williams was the flower girl.

Finn Williams was the ring bearer.

The reception was held at the Biltwell Event Center.

The rehearsal dinner was hosted by the groom’s parents at Union 50, Indianapolis.

The couple took a wedding trip to Bali, Indonesia.

They live in Indianapolis.

The bride is a 2008 graduate of Huntington North High School, Huntington, Ind.

She earned a bachelor of science degree in biology and Spanish at Butler Uni-versity, Indianapolis, in 2012 and a doctor of optometry from Indiana University School of Optometry at Bloomington in 2016.

She is an optometrist in Carmel, Ind.

The groom is a 2007 graduate of Hollidaysburg Area Senior High School. He earned a bachelor of science degree in economics and business administration from the University of Pittsburgh in 2011 and a Ph.D in finance from Drexel University, Philadelphia, in 2016.

He is a professor of finance at Kelley School of Business Indiana Univer-sity, Indianapolis.