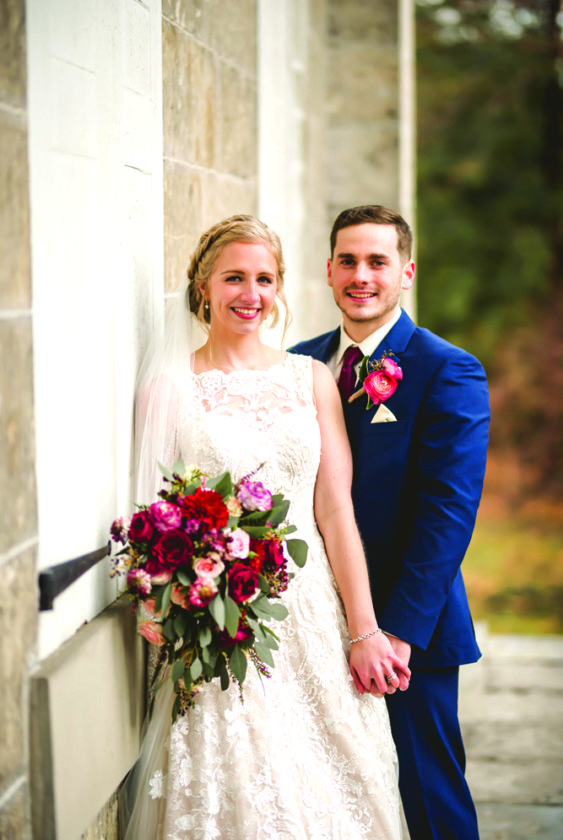 Shalen Perehinec and Ryan Steinbugl were united in marriage at 1 p.m. on Dec. 1 at St. John’s Catholic Church, Altoona.

The bridegroom is the son of Kevin and Mary Steinbugl, both of Altoona.

Debbie Johnson was the soloist.

Patti Jimenez was the organist.

Sarah and Kaitlin Steinbugl were readers.

Frankie Perehinec was the usher.

Amanda Short was the maid of honor.

Payten Miller was the flower girl.

Luka Rosenberry was the ring bearer.

The rehearsal dinner was held at the Bavarian Aid Society, Altoona.

They reside in Warriors Mark.

Mrs. Steinbugl is a graduate of Altoona Area High School and a 2016 graduate of Juniata College, Huntingdon, where she received bachelor’s degrees in health communication and psychology.

She is the communications and events coordinator at Centre Foundation, State College.

Mr. Steinbugl is a graduate of Altoona Area High School and a 2016 graduate of Saint Francis University, Loretto, where he received a bachelor’s degree in accounting.

He is a staff accountant at CPA Associates, Hunting-don.