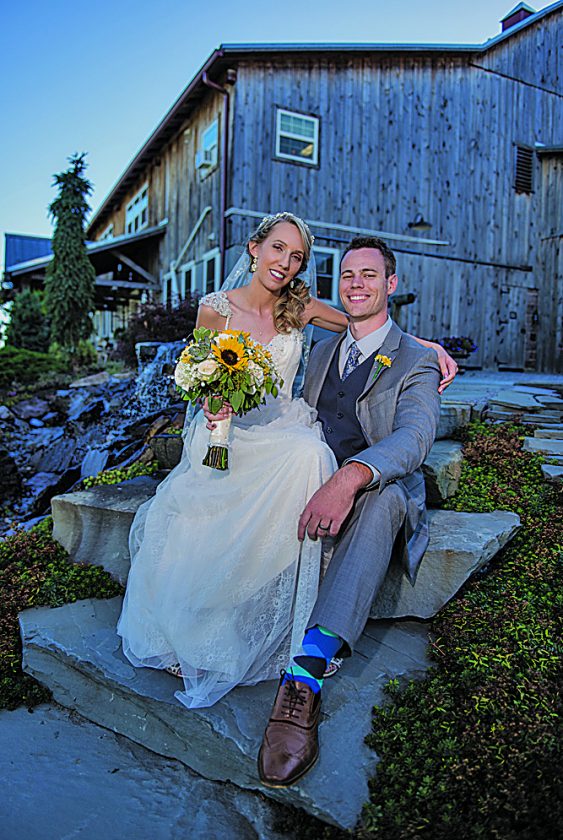 Erin Paul and Matthew Landfried were united in marriage at 4:30 p.m. July 7 at Bree-Z-Acres, Warriors Mark.

The bride is the daughter of Virginia and Jerry Paul of Altoona.

The bridegroom is the son of Sherry and Kevin Landfried, Clarion.

Ann Zimmerman was matron of honor.

Ryan Paul was the usher.

The reception was held at Bree-Z-Acres.

The rehearsal dinner was held at 12 Eleven Brisket, Altoona.

The couple took a wedding trip to the Dominican Republic.

They live in Newport News, Va.

Mrs. Landfried is a 2010 graduate of Altoona Area High School and a 2015 graduate of Penn State University, University Park, with a master’s degree in special education.

She is a special education teacher in Newport News.

He is a probation officer for Juvenile Justice, Newport News.