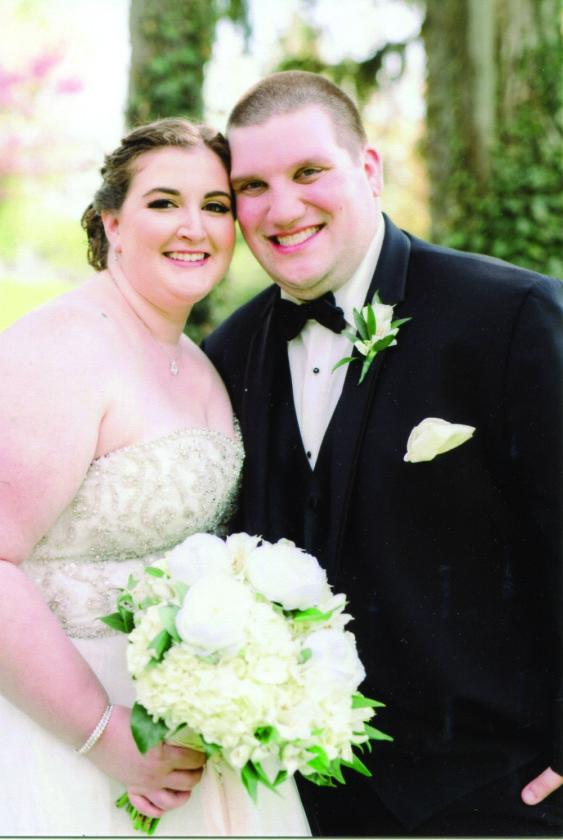 Elizabeth Vitelli and Matthew Guerin were united in marriage at 2:30 p.m. May 19 at Smith Chapel, Penn State Behrend Campus, Erie.

The bride is the daughter of Mike and Mary Vitelli of Waterford.

The bridegroom is the son of Rich and Sally Guerin of Hollidaysburg.

Glenn Rankin was soloist and guitarist.

Kellie Boleratz was maid of honor.

The reception was held at Lawrence Park Golf Club, Erie.

The couple took a wedding trip to the Finger Lakes of New York.

They live in Franklin.

Mrs. Guerin is a 2010 graduate of Fort LeBoeuf High School, Waterford, and a 2014 graduate of Clarion University with a bachelor’s degree in human services and rehabilitative sciences.

She is a counselor at Turning Point, Franklin.

Mr. Guerin is a 2010 graduate of Hollidaysburg Area Senior High School and a 2014 graduate of Clarion University with a bachelor’s degree in sociology.

He is a counselor at Taylor-Diversion Programs, Tionesta.