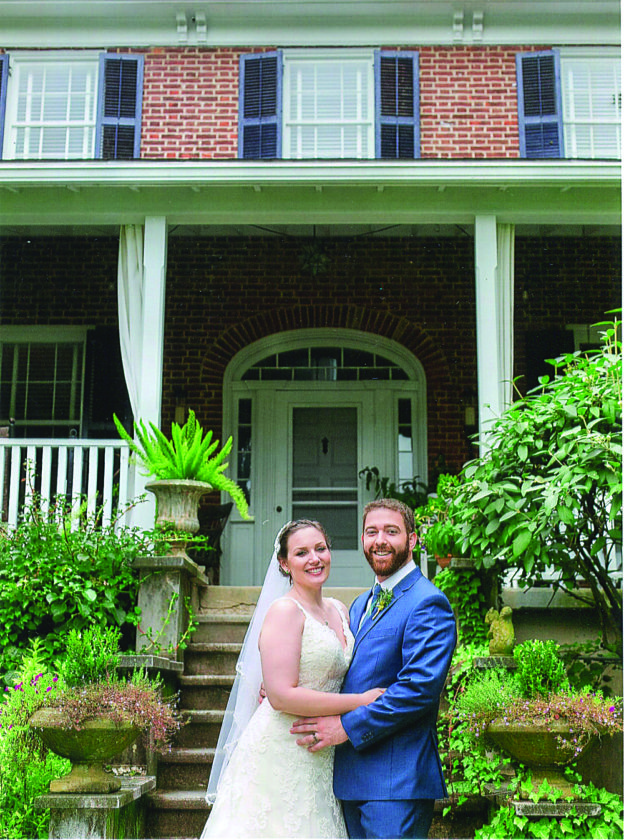 Kathryn Barton and Joshua Greenberg were united in marriage on Sept. 2, 2017, at St. Michael the Archangel Catholic Church, Hollidaysburg.

The bride is the daughter of Edward and Susan Barton of Hollidaysburg.

The bridegroom is the son of David and Donna Greenberg of Foxborough, Mass.

Josiah Barton and Sandy Harteis were vocalists, and Jack Sears was pianist and organist. Josiah Barton played the trumpet.

Ingrid Barton, niece of the bride, was flower girl.

The reception was held in the American Legion Social Hall at Legion Park, Hollidaysburg.

The rehearsal dinner was held at the U.S. Hotel Restaurant & Tavern, Hollidaysburg.

The couple took a wedding trip to Costa Rica.

They live in South Grafton, Mass.

Dr. Barton-Greenberg is a 2007 graduate of Hollidays-burg Area Senior High School; a 2011 graduate of Penn State University with a bachelor of science degree in life science and history; a 2012 graduate of Saint Francis University, Loretto, with a master’s degree in health science; and a 2015 graduate of Massachusetts College of Pharmacy and Health Sciences University, Worcester, Mass., with a doctorate in physical therapy.

She is a physical therapist at Fairlawn Health South Rehabilitation Hospital, Worcester, Mass.

Dr. Greenberg is a 2006 graduate of Foxborough Area High School; a 2010 graduate of the University of New England, with a bachelor of science degree in athletic training; and a 2015 graduate of MCPHS University, Worcester, with a doctorate in physical therapy.

He is a physical therapist at Sports & Physical Therapy Associates, Framingham, Mass.