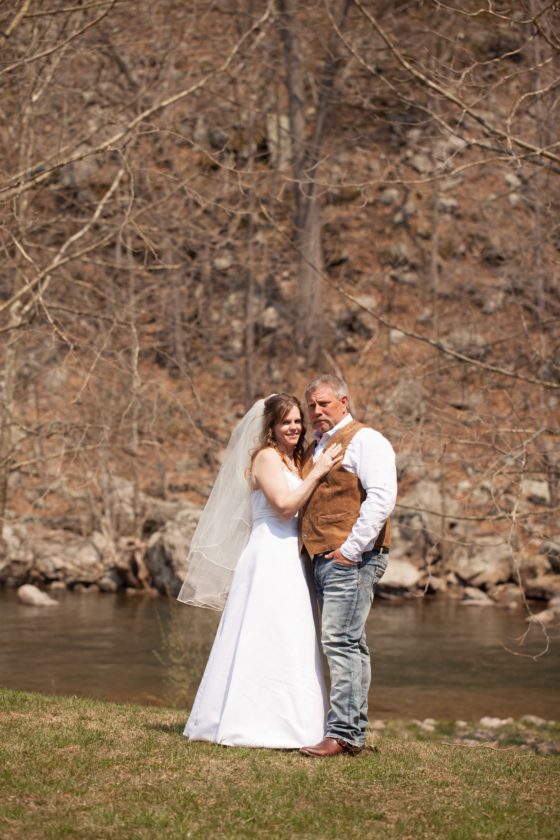 Jennifer Mingle and Dennis Breon were united in marriage in an outdoor ceremony at 1 p.m. April 13 at Harmon & Luxury Cabins, Cabins, W.Va.

The bride is the daughter of Richard Mingle of Hollidaysburg and Shelly and Terry Lollar of Jeanette.

The bridegroom is the son of Paul Breon of Altoona and the late Lois (Focht) Breon, who had lived in Hollidaysburg.

The bride was given in marriage by her father. Her mother was the matron of honor.

Bridesmaids were Tessa and Alyssa Huff, daughters of the bride.

They live in Hollidaysburg.

Mrs. Breon is a 1997 graduate of Hollidaysburg Area Senior High School and became a certified nursing assistant at Penn State Altoona in 1998.

She is employed at Allegheny Lutheran Social Ministries, Hollidaysburg.

Mr. Breon is a 1984 graduate of Altoona Area High School and became a paramedic at Conemaugh School of Emergency Medical Services, Johnstown, in 1994.

He is a paramedic supervisor at Hollidaysburg Ambulance.