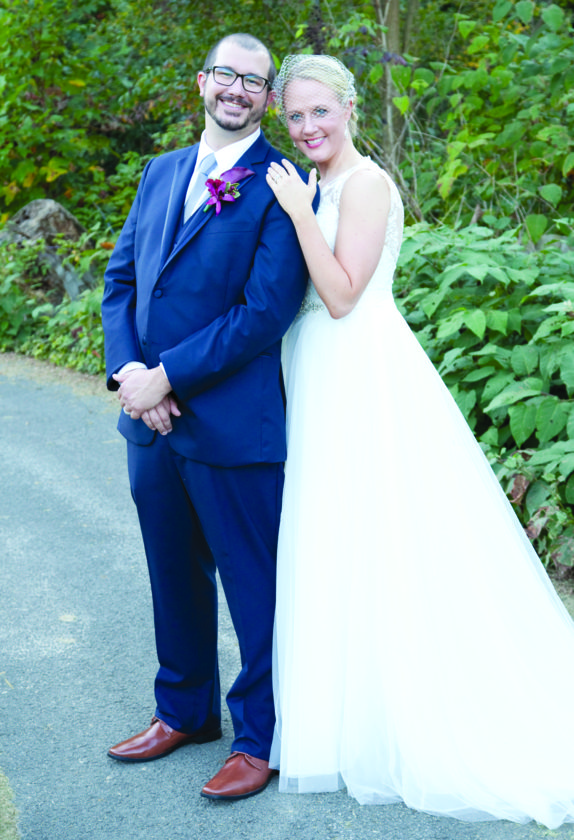 The bride is the daughter of Theodore and Leona George of Lilly.

The bridegroom is the son of Paul and Colleen Surace of Bethel Park.

The bride was given in marriage by her father, Ted George.

Kate Pieratt-Webb and Katie Cockrell served as matrons of honor.

Patrick Then served as best man.

The reception and rehearsal dinner were held at Chestnut Ridge Golf Resort.

The couple went on a wedding trip to Portland, Maine.

They live in Bethel Park.

Mrs. Surace is a 2003 graduate of Penn Cambria High School, Cresson; a 2007 graduate of Shippensburg University with a bachelor of science degree in psychology; and a 2010 graduate of Duquesne University, Pittsburgh, with a master of education degree in counseling.

She is employed at Point Park University, Pittsburgh.

Mr. Surace is a 2003 graduate of Bethel Park High School and a 2008 graduate of West Virginia Univer-sity, Morgantown, W.Va., with a bachelor of science degree in criminology and investigation.

He is employed by the Army Corps of Engineers, Pittsburgh.