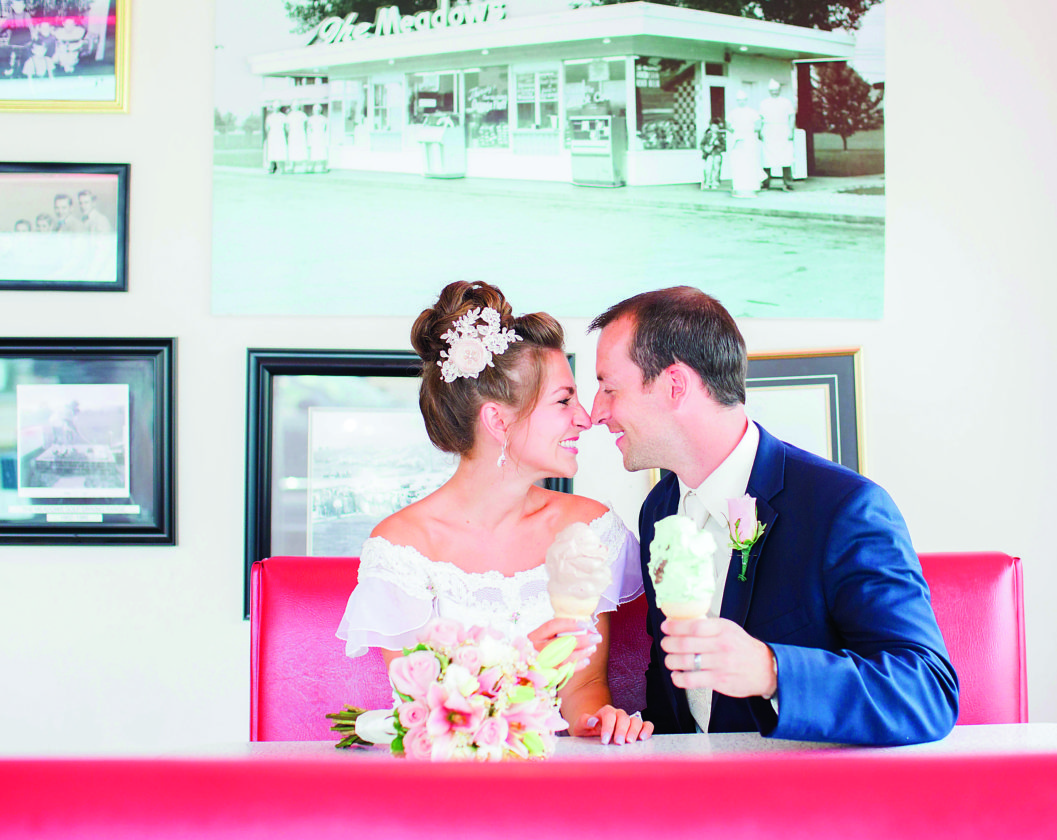 TommiAnn Church and Christopher Tromm were united in marriage at

The bride is the daughter of Don and Lisa (Eichel-berger) Church of Hollidaysburg.

The bridegroom is the son of Rick and Mary Ann (Karl) Tromm of Altoona.

Allison Church, sister of the bride, was maid of honor.

Dylan Fink was the flower girl.

Sean Gority, cousin of the groom, served as best man.

was held at Jethro’s, Altoona.

The reception was held at the U.S. Hotel, Hollidays-burg.

Prior to the reception,

the couple stopped for ice cream at The Meadows Original Frozen Custard, Hollidaysburg, where they had their first date and where the bridegroom

The couple live in Hollidaysburg.

Mrs. Tromm is a 2008 graduate of Hollidaysburg Area High School and a 2012 graduate of Penn State University, University Park, where she received a bachelor’s degree in secondary education.

She is a language arts teacher at Spring Cove Middle School, Roaring Spring.

Mr. Tromm is a 2005 graduate of Altoona Area High School and a 2009 graduate of Penn State University, University Park, where he received a bachelor’s degree in kinesiology.

He is a health and physical education teacher with the Altoona Area School District.