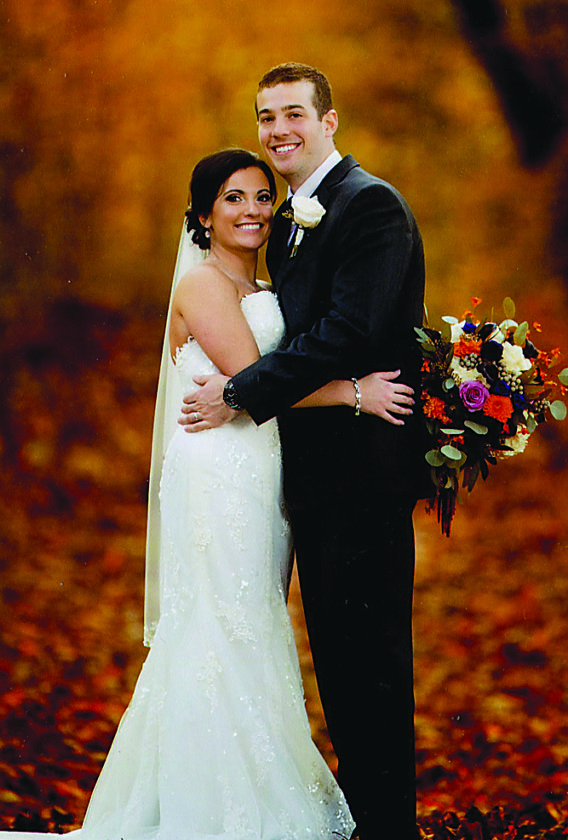 The bride is the daughter of John and Dina Donovan of Sewickley.

The bridegroom is the son of Alan and Becky Heisler of Hollidaysburg.

Kimberly Zarnich was matron of honor.

Jessica Donovan was maid of honor.

The reception was held at the Blair County Conven-tion Center, Altoona.

The rehearsal was held at the Park Hills Country Club, Altoona.

The couple went on a wedding trip to Jamaica.

They live in Lewistown.

Mrs. Heisler is a 2009 graduate of Avonworth High School, Pittsburgh, and a 2014 graduate of Saint Francis University, Loretto, with a master’s degree in physician assistant.

She is employed at Enlighten Psychiatry, Lewistown.

Mr. Heisler is a 2009 graduate of Hollidaysburg Area Senior High School and a 2015 graduate of St. Francis University, with a doctorate in physical therapy.

He is employed at Drayer Physical Therapy, Lewistown.