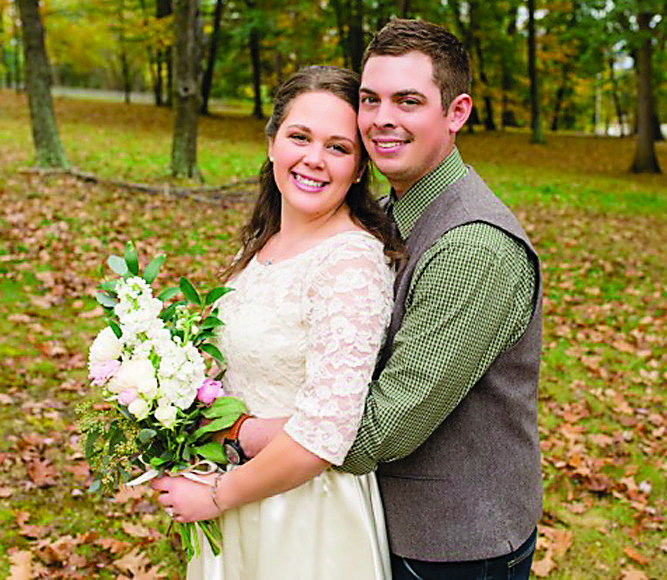 The bride is the daughter of Jane and Gary Garofoli of Altoona.

The bridegroom is the son of Lisa and Dave Clouser and Edward and Venus Eckels, all of Altoona.

Ashley Hinterberger was matron of honor.

Dylan Eckels, brother of the groom, served as best man.

The reception was held at the home of the bride’s parents.

The rehearsal dinner was held at the Villa Capri, Altoona.

The couple took a wedding trip to Sedona, Ariz.

They live in Clearfield.

Mrs. Eckels is a 2008 graduate of Bishop Guilfoyle Catholic High School, Altoona, and a 2012 graduate of the University of Connecticut, Storrs, Conn., with a bachelor’s degree in engineering.

She is employed at Lee Industries, Philipsburg.

Mr. Eckels is a 2008 graduate of Altoona Area High School and a 2011 graduate of Penn Highland Community College, Johnstown, with an associate degree in applied science.

He is employed at Penelec, Clearfield.