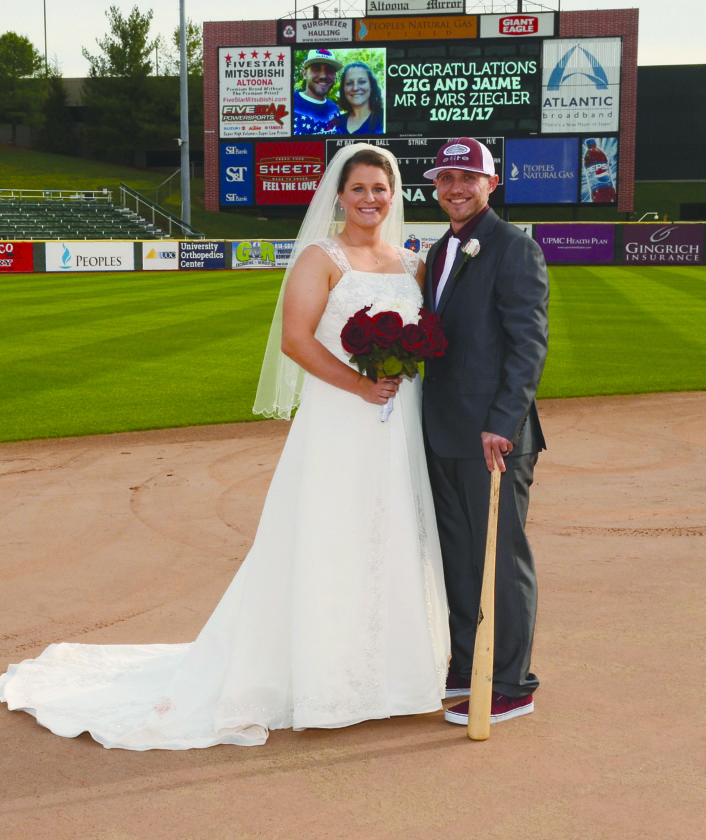 The bride is the daughter of Lynwood and Joni (Foor) Hutchison of Duncansville.

The bridegroom is the son of Charles and Kathy (Parsons) of Mount Union.

Sarah Mock was maid of honor.

Adyson Plummer and Hailey Ziegler, daughters of the groom, were junior bridesmaids.

Ava Hutchison, niece of the bride, was the flower girl.

Alexander Hutchison, nephew of the bride, was ring bearer.

The reception was held at Morrisons Cove Memorial Park, Martinsburg.

The rehearsal dinner was hosted by the groom’s parents at Nardo’s Cafe, Altoona.

The couple took a wedding cruise to the Carib-bean.

She is employed as an emotional support and health/physical education teacher at Hollidaysburg Area Senior High School.

Mr. Ziegler is a 2004 graduate of Southern Hunting-don County High School, Three Springs, and a 2006 graduate of York Technical Institute with an associate’s degree in criminal justice.

He is employed at Estes Express Lines.